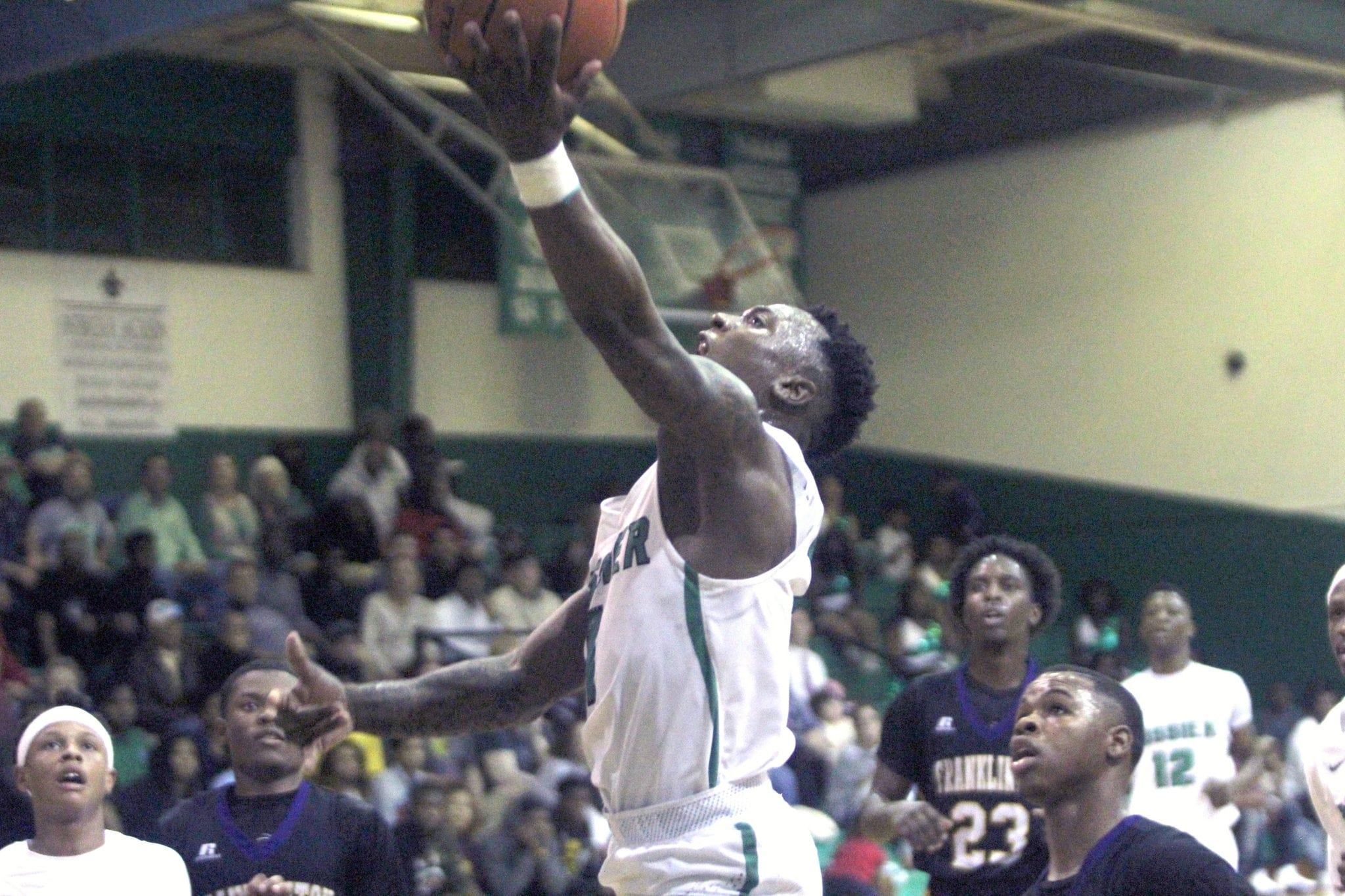 The Bossier Bearkats and Plain Dealing Lions advanced to the second round of the LHSAA boys basketball state playoffs with victories Friday night.

Bossier, the No. 2 seed, overcame a slow start en route to an 84-51 victory over No. 31 Franklinton in a Class 4A game at Bossier.

At Bossier, it took the Bearkats more than three minutes to get on the score board. Dante Bell finally broke the ice with a free throw and Bossier trailed 6-1. The Demons extended the lead to 8-1 before the Bearkats finally turned it on.

Bossier’s quickness in the full-court press was too much for Franklinton to handle. The Bearkats forced turnover after turnover and turned them into baskets. Bossier went on an 11-3 run to take the lead for good at 12-11.

“The first quarter I’m not going to say I was very pleased,” said Bossier first-year coach Nick Bohanan. “I thought we came out very sloppy in the warmup and I thought it carried over in the first quarter of the ball game as far as throwing the ball around and missing layups.

“Then we flipped it and started adding pressure. We didn’t know very much about them. Once I figured out what was going to work that’s what I stayed with.”

Bossier led by as many as 19 points in the second quarter, but Franklinton got within 10 with 3:25 left in the third.

The Bearkats’ defensive pressure then sparked an 18-0 run that incredibly took less than a minute.

“I think in that third quarter we kind of exploded on them and we were able to get three or four quick steals and layups and that blew the game wide open,” Bohanan said. “That’s what we were trying to do.”

Junior guard Jacoby Decker played a big role in the run and throughout the game. He scored 11 of his 39 points in the period. Decker hit five 3-pointers in the game.

“He’s pretty special,” Bohanan said. “We’ve had a lot of good guards come through here and he’s right up there with any of them. He can control the game. He can handle it. He can shoot it. Not much he can’t do. He may not be as big and tall as some guys but he definitely makes up for it with effort and his skill set.”

All of the Bearkats contributed to the victory with their defensive play and rebounding, including 6-foot-8 sophomore Dante Bell, who altered a lot of shots.

At Centerville, Dakeldrick Oliver poured in 25 points to lead Plain Dealing to the victory.

The Gators still led by six with 1:05 left. But the Vikings, who rallied late to win several close games in the regular season, weren’t done.

Airline scored four straight to cut the lead to two with about 56 seconds left. It was still a two-point game with 30 seconds left but the Vikings couldn’t get any closer.

The matchup was the third between the teams this season. St. Amant also won the previous two 54-53 in the St. Amant tournament on Dec. 30 and 82-62 in the Doc Edwards Memorial Tournament championship game at Airline on Dec. 30.