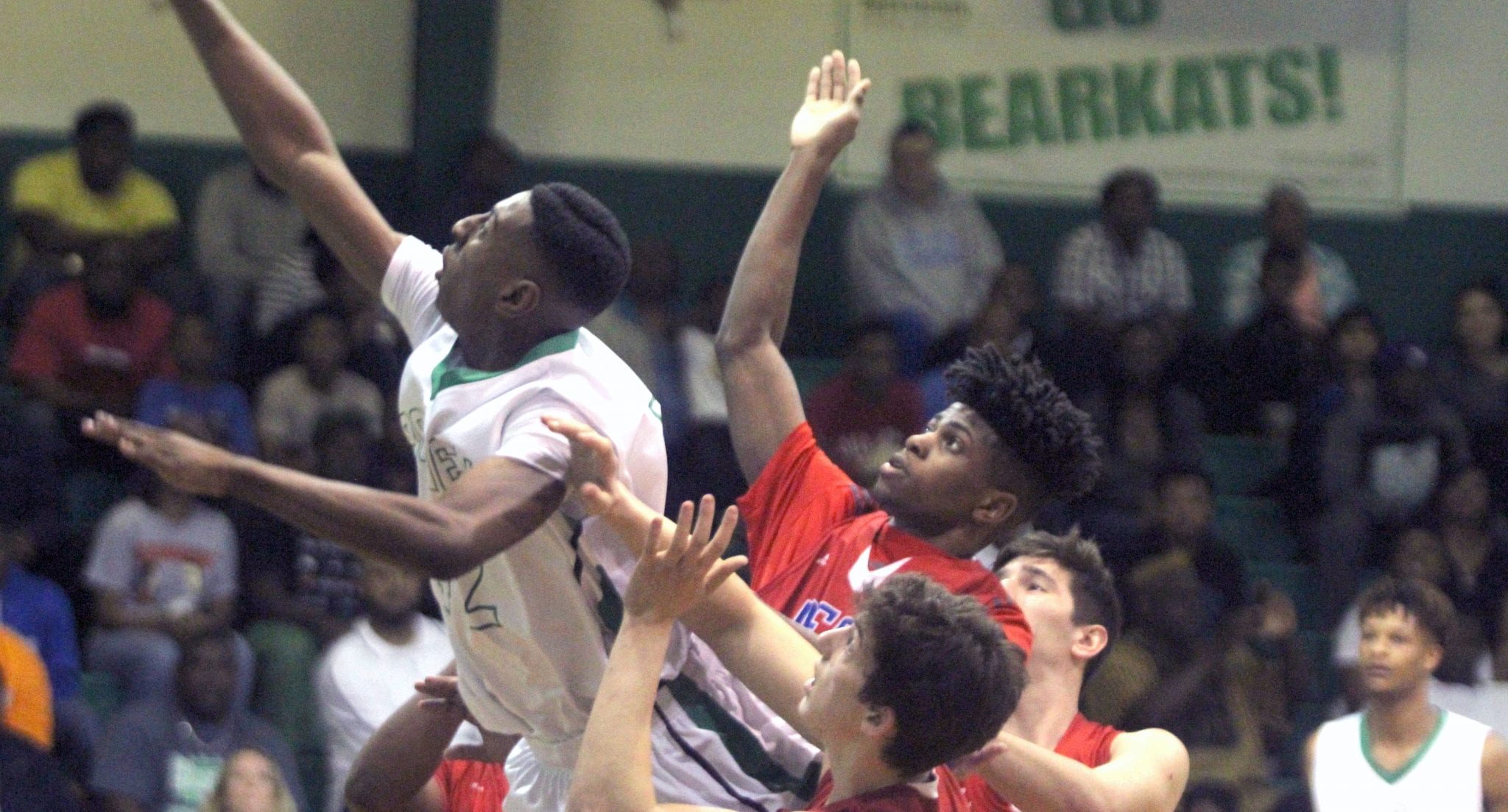 The Bossier Bearkats and Plain Dealing Lions advanced to the second round of the LHSAA boys basketball state playoffs with easy wins Friday night.

At Bossier, the Bearkats simply overwhelmed the outmanned Chiefs, who had won only three of their last 16 games.

Bossier came out shooting red hot from 3-point range. Tybo Wimberly, who led the Bearkats with 20 points, hit three of his six 3s in the first quarter. Kaalas Roots drilled two from long range and Bossier led 19-10 after one.

Wimberly’s only regular field goal came on an alley-oop pass from Antonio Davis.

The Bearkats continued to dominate in the second quarter. Jacoby Decker hit two 3-pointers and scored 10 of his 15 points. His second 3 from near half court came as the halftime buzzer sounded and gave Bossier a 37-16 lead.

The Bearkats finished with 12 3-pointers.

Bossier’s defense made scoring a challenge for the Chiefs (13-21). West Ouachita scored six points in the second half, all in the third quarter.

At Plain Dealing, the Lions jumped on District 1-A foe Homer early, taking a 16-4 lead after the first quarter.

The game was the third between the teams this season. Homer won the first 57-50 and Plain Dealing the second 63-39. In the final two games, the Lions outscored the Pelicans by 62.