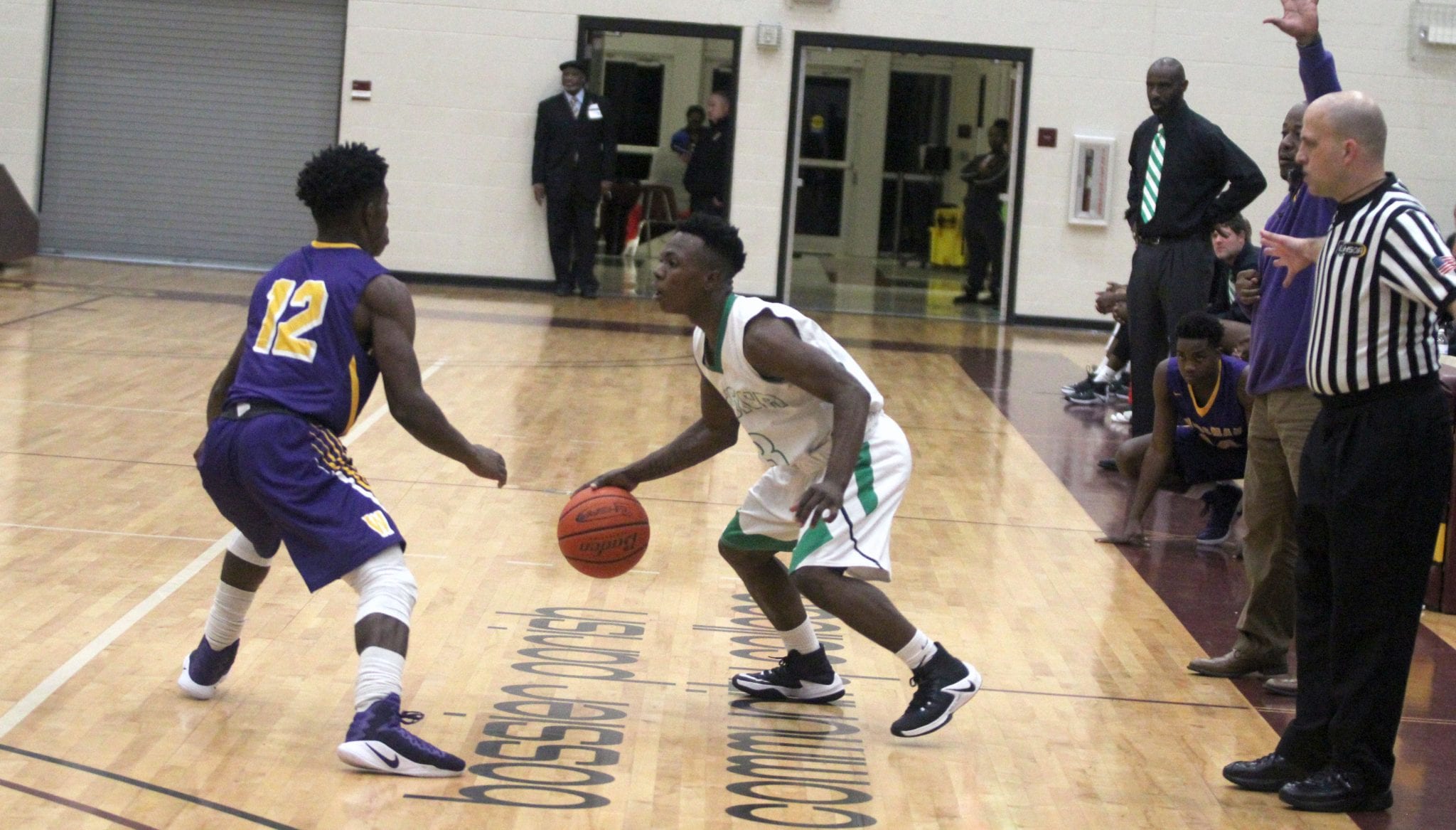 With 3:30 left in the game Saturday night, the Bossier Bearkats looked down and out against the Wossman Wildcats in the Paul Millsap Classic at BPCC.

Bossier, playing its fourth game in the last six days, trailed 48-37. The Wildcats were consistently getting the ball inside for easy baskets.

It didn’t look like the Bearkats had much left in the tank.

But with 2:28 left Tyrese English buried a 3-pointer and all of a sudden it was a 7-point game.

The Wildcats answered, though, and their lead was back to nine with 1:50 left. It was still an eight-point game with 1:27 to play. The Bearkats cut it to six with 1:15 to go.

After the Wildcats missed the fourth free-throw attempt, Decker got the ball quickly to English on the wing. He drove into the lane and dished to Antonio “Rudy” Davis, who tied it with about 14 seconds left.

The Wildcats off got a final shot, but a well-defended runner from about 10 feet wasn’t close. Decker got the rebound and heaved the ball down the floor.

The Bearkats outscored the Wildcats 16-5 in the final 3:30 of regulation. Decker played a big role in the comeback, scoring 10 points in the fourth quarter.

Bossier scored the first basket in overtime and never trailed, pulling out a remarkable 65-58 victory. The Bearkats were six of eight from three line in OT.

“It took us a long time to get going,” said Bossier coach Jeremiah Williams, who looked a bit stunned at what his team pulled off.

Wossman, which played its season opener Wednesday, dropped to 1-1. The Wildcats are a traditional Class 3A power and reached the state title game last season.

The game was the seventh of eight in the fourth annual Classic, sponsored by Louisiana Youth Developmental and Louisiana Select Team Millsap.

Bossier got off to a sluggish start and trailed by as many as seven in the first half. Decker nailed a big 3-pointer at the buzzer to get the Bearats within 25-24.

Bossier took its first and only lead in regulation at the beginning of the second half at 26-25. The Wildcats scored the final five points of the third quarter and led 38-30 going into the fourth.

Wossman’s biggest lead was 11 at the point Bossier started its rally.

Decker finished with 14. Tybo Wimberly helped the Bearkats stay in it in the first half, scoring nine of his 13 points. He scored the other four in the extra period.

Davis added 11, including the crucial five fourth-quarter points. He was also a force on the boards. Chris Davenport chipped in with nine.

CJ Jones, a first-team Class 3A All-State guard last season who has signed with Northwestern State, topped Wossman with 19 points.