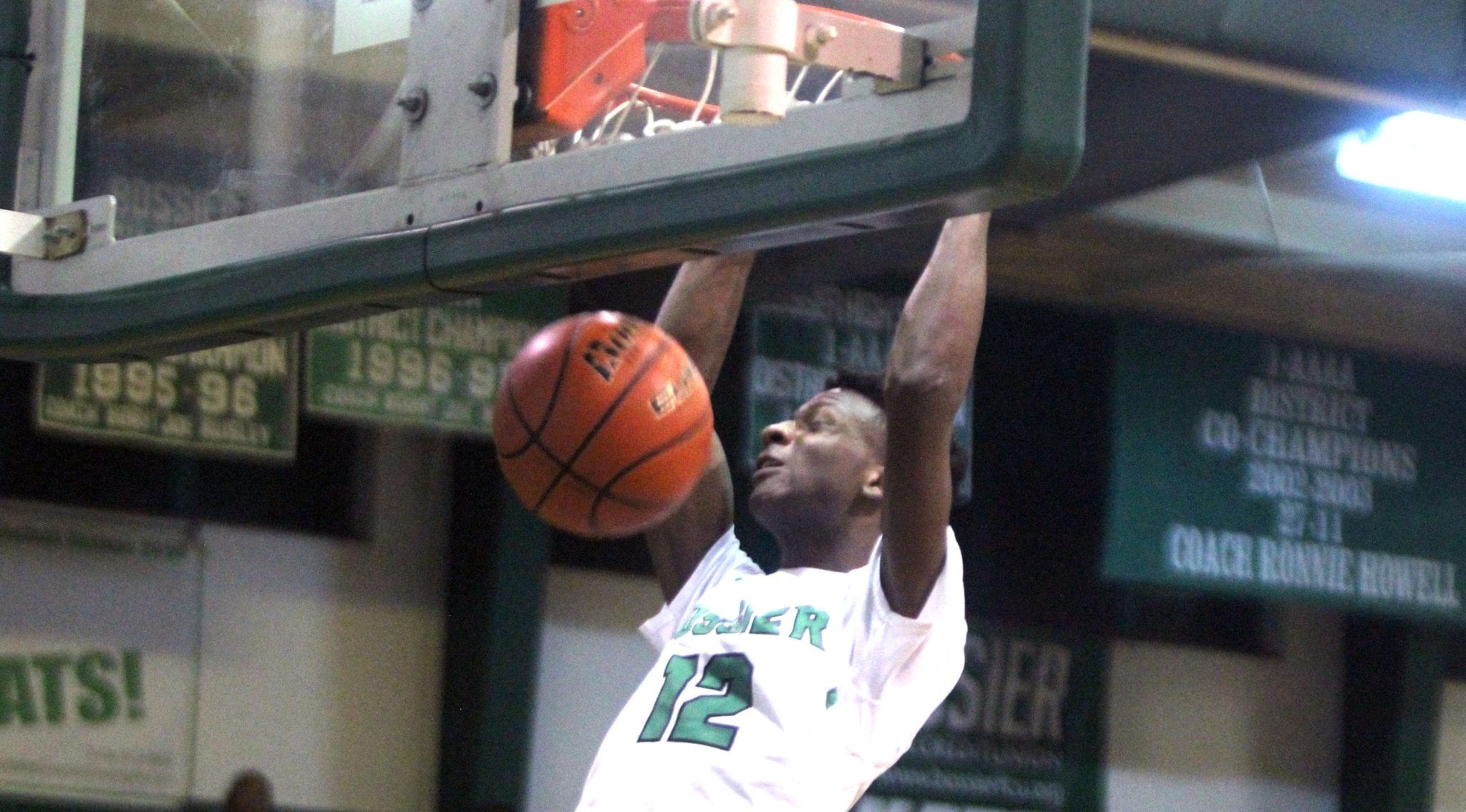 The Bossier Bearkats completed a perfect run through District 1-4A with a 90-30 rout of the Northwood Falcons on Friday night at Bossier.

Bossier finished the regular season 28-3 overall and 14-0 in district. Woodlawn (27-5, 12-2) was second with its only two losses coming against Bossier. The teams shared the district title last season.

Bossier will be the No. 1 seed in the Class 4A playoffs. Official pairings will be announced Monday. The Bearkats will host the No. 32 seed in the first round Friday.

On Senior Night, Bossier put on a spectacular shooting exhibition. The Bearkats knocked down 20 3-pointers.

Senior Tyron McCoy drilled six in the third quarter alone. He finished with seven and led the Bearkats with 21 points.

Senior Brenden Moseley sank five 3s and scored 17 points. Senior Jacoby Decker, who did not play in the second half, hit four 3s, including three in the second quarter. He had 14 points.

Senior Xavien Beasley only had one three, but he scored 16 points. Junior Dante Bell, senior Janyron Rogers and freshman Joseph Manning Jr. all had one 3.

When they weren’t shooting from behind the arc, the Bearkats were working the lob game. The result was some entertaining dunks and misses.

Northwood was missing a couple of players, including its leading scorer. The Falcons, who only had three players on the bench, closed the season 5-22 and 3-11.

Elsewhere, the Airline Vikings and Parkway Panthers both lost District 1-5A games.

According to unofficial Class 5A power rankings on louisianasportsline.com, Airline (19-12, 8-4) is No. 31 and will make the playoffs. The Vikings could be looking at a trip to Monroe to face No. 2 Ouachita Parish in the first round.

Benton finished its first season under head coach Todd Martinez on a high note. The Tigers defeated Booker T. Washington 83-77 in a District 1-4A game at BTW.

Benton finished 11-21 overall and 6-8 in district. The Tigers won three of their last four games.

Benton trailed 44-35 at the half. Slaid scored eight and Ross seven as Benton rallied to within two going into the fourth quarter.

The Tigers outscored the Lions 25-17 in the final eight minutes. Benton was 11 of 13 from the free throw line. Todd Dominick was 4 of 4 and also hit a 3-pointer.

Brodie Romero also sank a 3 and scored seven of his nine points in the fourth.