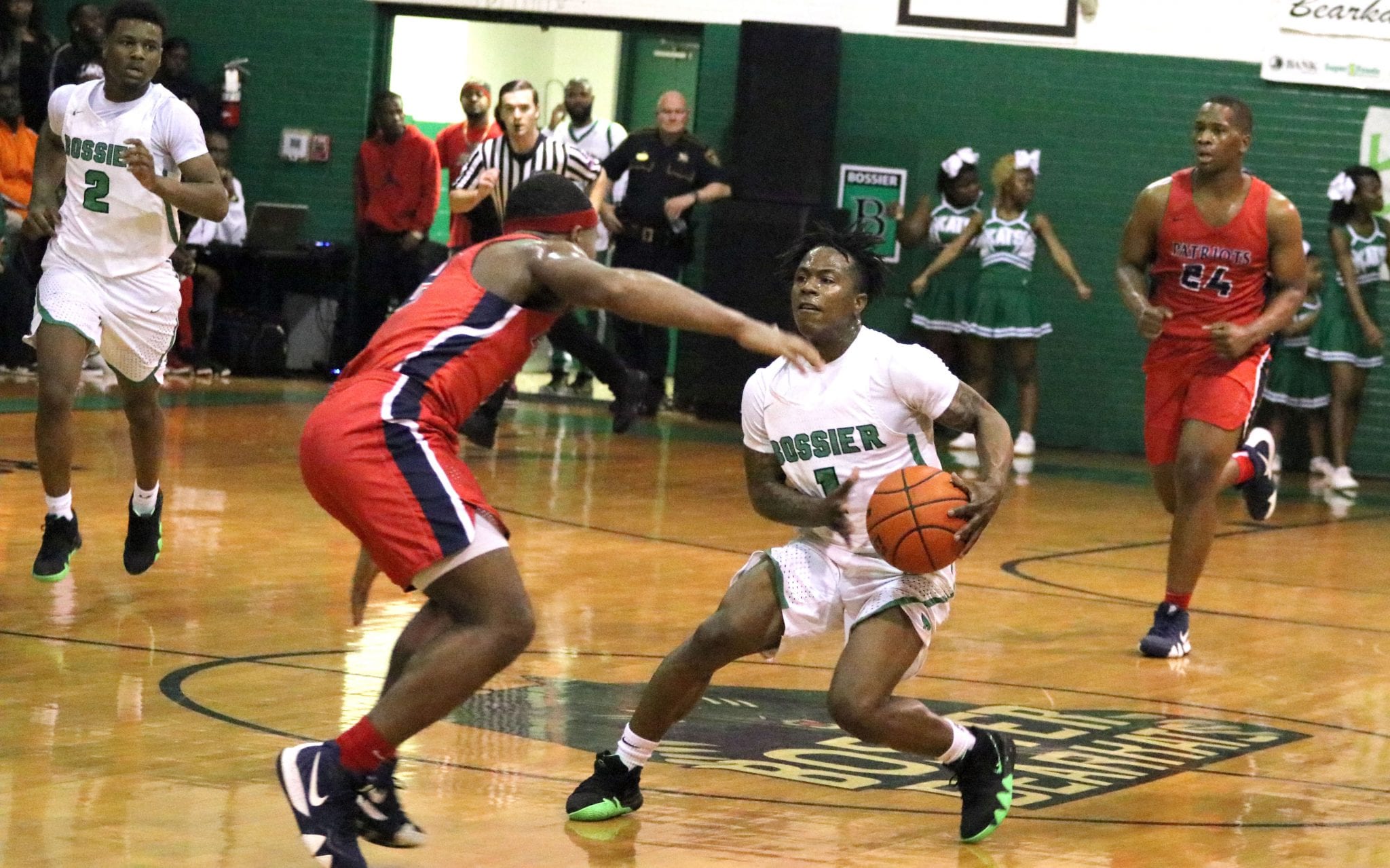 Tip off is scheduled for 8 o’clock.

Bossier is looking for its fourth state title overall and third since 2011. Breaux Bridge lost to Warren Easton 44-43 in the second round last year.  The Tigers are playing in their first Class 4A title game.

The semifinal game was close at the half with Breaux Bridge on top 18-16, but the Tigers dominated the second.

What the Bearkats have been doing is dominate with their pressure defense, making steals and forcing turnovers and turning those into easy baskets.

Bossier hasn’t lost since falling to Madison Prep 69-59 in the Madison Prep tournament on Dec. 29. The Bearkats’ other losses were to Scotlandville 68-66 and Peabody 72-67.

Scotlandville, Peabody and Madison Prep all made it to Lake Charles for the Allstate Sugar Bowl/LHSAA Boys’ Basketball state tournament.

Decker, who played a big role in the Bearkats’ 2016 run to the state title as a freshman, led the team in scoring in the regular season at 17.9 points per game.