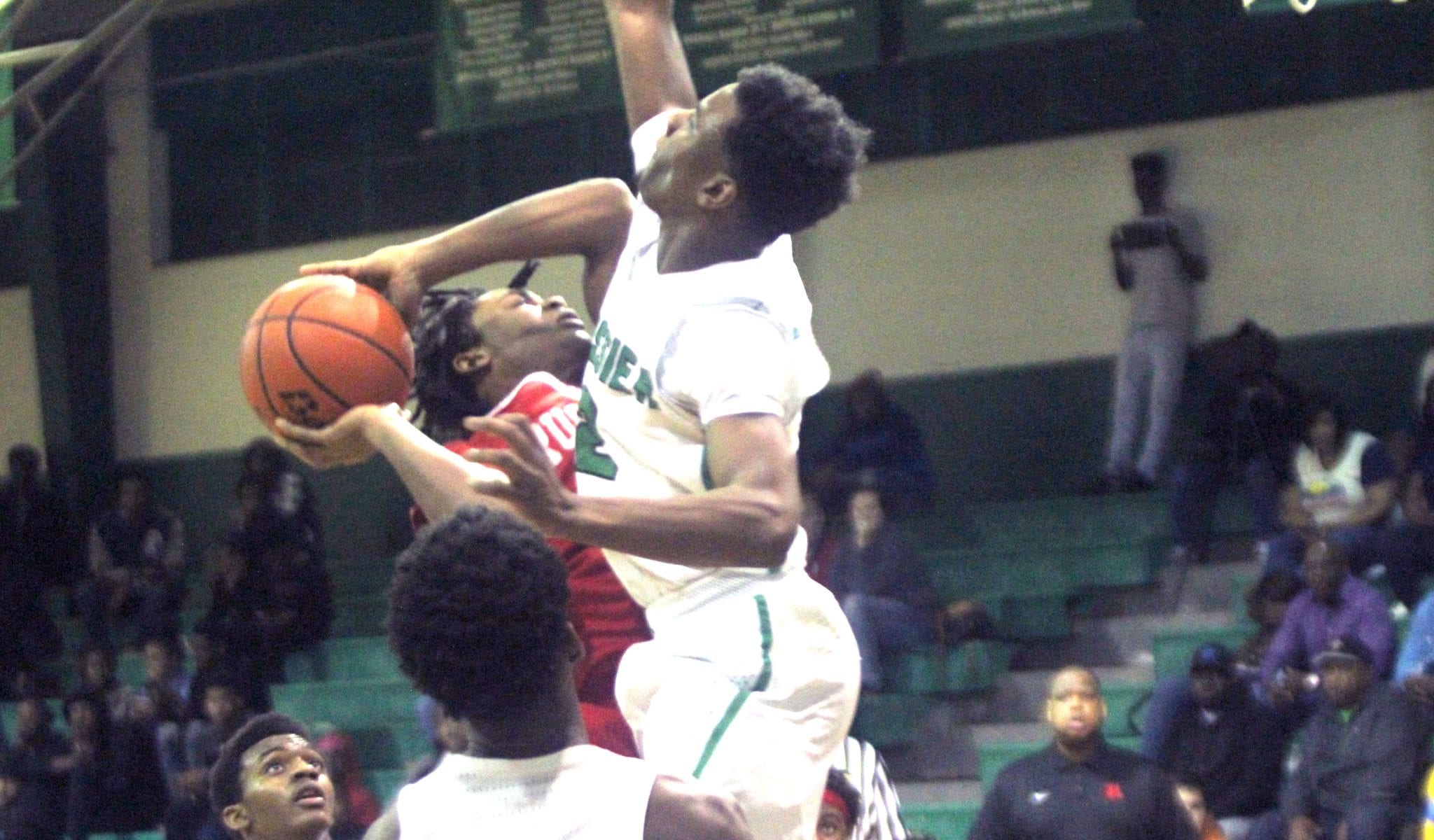 Playing without star senior guard Jacoby Decker, the Bossier Bearkats cruised into the semifinals of the 79th annual Bossier Invitational boys basketball tournament with a 63-42 victory over the Ruston Bearcats on Thursday night.

In the other semifinal at 8, Natchitoches Central (11-5) takes on Red River (20-2). The Chiefs routed Union Parish 66-35 and the Bulldogs rolled past Mansfield 51-30 in Thursday’s other quarterfinal games.

Roots scored eight points in the first quarter against Ruston. That and a stout defensive effort helped the Bearkats build a 21-9 lead.

Ruston’s Laderrick Brown, who had a game-high 20 points, kept his team within striking distance with eight second-quarter points.

Smith matched Brown with eight points, including two 3-pointers, in the quarter and Bossier led 39-27 at the half.

The Bearkats opened the second half with a 10-0 run and led by as many as 22 in the third quarter. Ruston made only one field goal in the quarter and scored six points. The Bearcats never got closer than 15 the rest of the game.

Loyola rallied from a 37-30 deficit after three quarters against DeRidder. Deven Melancon paced the Flyers with 21 points, including two 3-pointers.

Benton (6-14) got 15 points from Ethan Yarbrough, 13 from Dylan Slaid, 12 from Malik Antwine and nine from Brodie Romero in the victory over North Caddo.

The consolation games were to ensure every team got to play at least two games. There is no consolation championship.

In the final two consolation games Friday, Mansfield plays Green Oaks at 3:30 and Union Parish takes on DeRidder at 5.