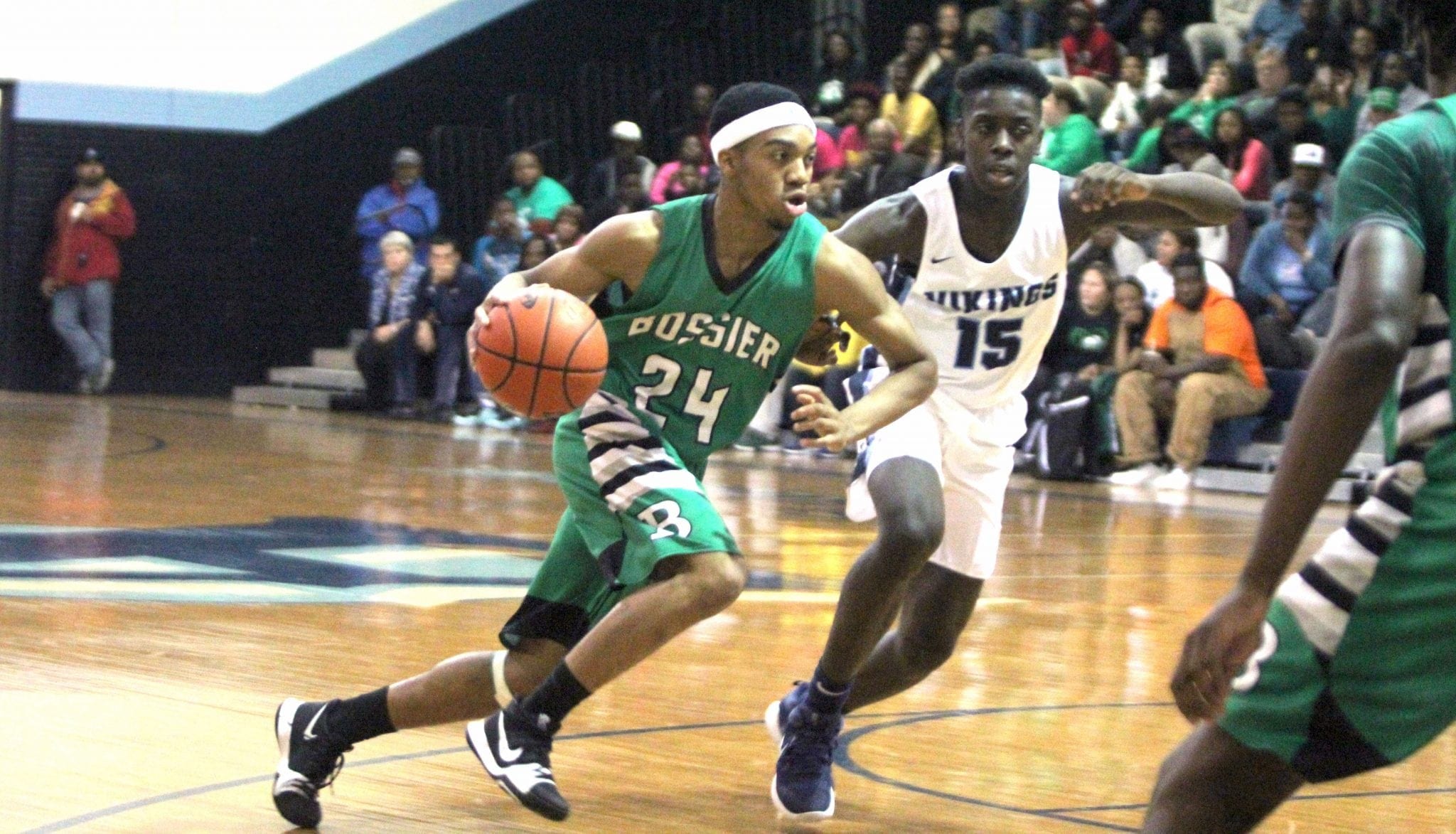 Jacoby Decker led Bossier (6-1) with 17 points, including four 3-pointers. He hit two from long range in the first quarter as the Bearkats took control early.

Watson scored all of his points in the fourth quarter.

TJ Robinson topped Airline (3-1) with 11 points. He was the only Viking in double figures. KD Henderson and Jon Jenkins scored seven each.

At Benton, Ty Hubbard and Chase Turner led Parkway to the victory with 16 points each. Tyler Jewell added 12. Sheldon Dudley scored nine, all on 3-pointers. Jason Owens and Javoris White scored seven each.

Parkway led 38-33 at the half and 48-45 after three quarters. Turner pumped in nine points as the Panthers outscored the Tigers 27-15 in the final period.

The game was the season opener for both teams.

At North DeSoto, Tevon Beavers and D’Marcus Hall scored 18 and 17 points, respectively, to lead Haughton to the victory in its season opener. D. Graham added 12.

The Bucs rallied from a 35-27 deficit after three quarters to send it into overtime. Beavers, who scored seven fourth-quarter points, hit a 3-pointer in the extra period.