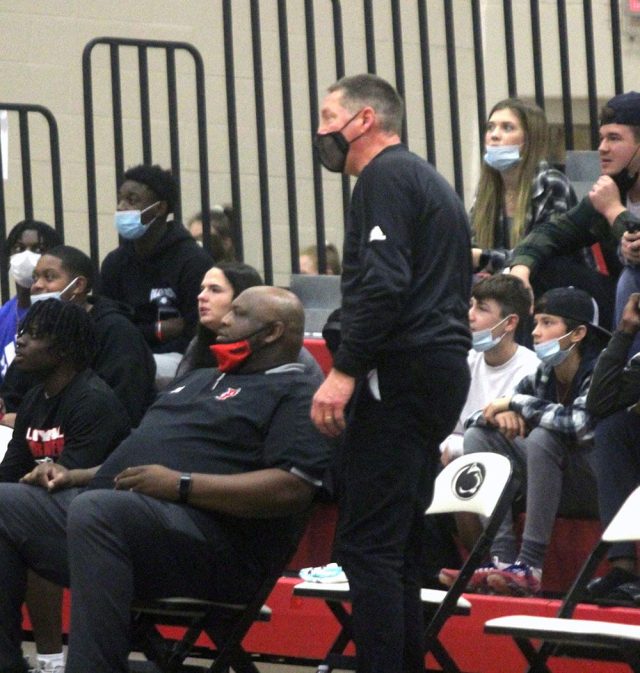 Rayner replaces Mike Guess, who stepped down after 11 seasons to be able to spend more time with his wife, Melissa, who has been dealing with a longterm health issue.

Rayner is in his 17th year as a coach and teacher at Parkway. Before that he was the head basketball coach at Plain Dealing Middle School.

Rayner has served as both an assistant boys basketball and football coach. He also had a stint as interim head basketball coach in the late 2000s.

His son, Christion, was a standout multi-sport athlete at Parkway.

“This is something I’ve definitely wanted to do at this school,” Rayner said. “It’s a great opportunity. It’s an honor for me because this community is special to me so. I’m thrilled about it. I’m very excited. I’m ready to work and get after it.

“It’s been a long time. I’m just glad that coach (Parkway principal Jeremiah) Williams and the administration have given me the opportunity to kind of give back to the school because they gave me so much. I’m ready to roll.”

As an assistant, Rayner has already played a big role in Parkway’s success in basketball and football. The Panthers had a remarkable run in football in the 2010s, including a trip to the Superdome in 2013 for the Class 5A state championship.

In 2015, Parkway reached the 5A quarterfinals in basketball, falling to eventual state champion Scotlandville.

Rayner said the seasons he spent as interim coach will benefit him now.

He said he’s also taken advantage of the opportunity he’s had to learn from coaches he’s worked under and with.

Parkway is coming off a tough season. The Panthers finished 6-20 overall and 1-13 in District 1-5A.

One of Rayner’s goals is to make Parkway not just a playoff contender every season but also one for district and state honors.

“We’re striving to make the most of every opportunity we can strive for,” he said. “We want our mindset to be when you talk about Parkway basketball it’s synonymous with success.

“We’re about winning. That’s our culture. We’re going to be relentless in what we do on and off the court. We’re one of those teams when we build our program we’re excited in the direction it’s going to go.”