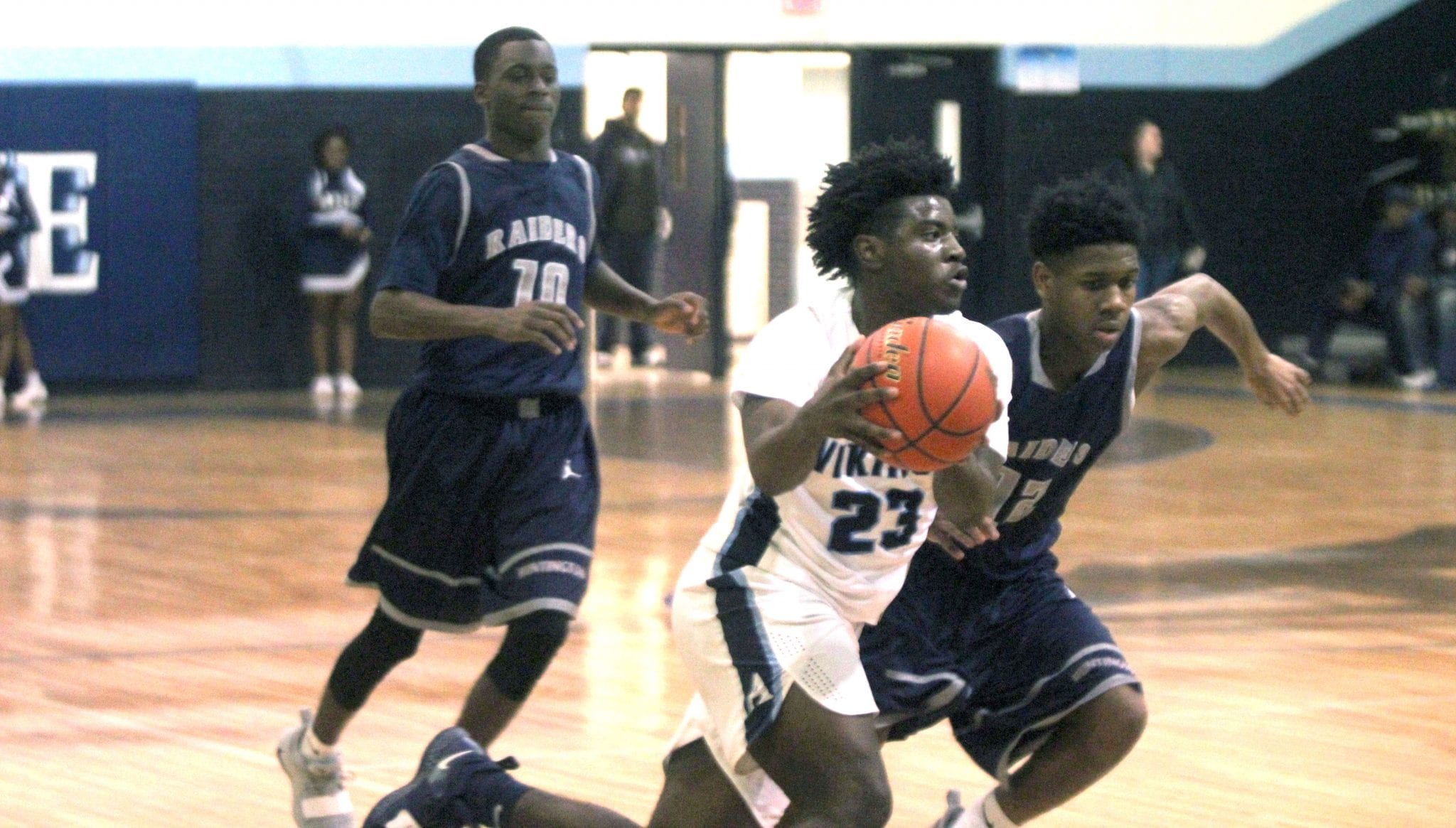 The Airline Vikings defeated Huntington 79-70 at Airline, the Haughton Bucs downed North Webster 49-37 in Springhill, the Bossier Bearkats topped Ouachita Parish 62-59 in Monroe, the Benton Tigers nipped Byrd 70-67 in overtime at Benton and the Plain Dealing Lions knocked off Ringgold 62-48 in Plain Dealing.

At Airline, the Vikings trailed 42-33 with about six minutes remaining in the third quarter. Airline then went on a 17-2 run over the next five minutes to take a 50-44 lead.

The Vikings (7-6) led 52-46 after three quarters and were ahead by as many as 13 in the fourth. Huntington never got closer than seven.

The Raiders (5-2) led by 11 in the second quarter. Airline turned up the defensive pressure late in the quarter, trapping in the front court and forcing turnovers, and rallied to within 36-33 at the half.

Sophomore Devin Bilbo scored nine of his game-high 24 points in the second quarter. TJ Robinson scored all but three of his 15 points in the first half.

Tough defense was also a big factor in the third-quarter run. The Vikings scored on fast breaks and were effective from mid-range. They also were able to draw fouls and get to the free throw line.

Huntington was 12 of 19 from the line in the game, including two of six in the second half. Two Raiders fouled out and another, tall forward Kenny Hunter, picked up four.

Bilbo scored seven and Jayden Moseley six in the third quarter. Moseley was seven of eight from the line in the second half and finished with with 13 points.

At North Webster, Kentrell Parker poured in 23 points to lead Haughton to the victory.

The Bucs (3-5) are playing in the Castor tournament Thursday through Saturday.

Bossier trailed 30-23 at the half then outscored the Lions by nine in the third to go up by two.

Bossier travels to Grambling on Friday to face Lincoln Prep.

At Benton, the Tigers rallied from an 18-point deficit in third quarter.

Benton (3-7) opens play in the West Ouachita tournament at 3:15 p.m. Thursday against Alexandria Senior High. The Tigers face Jonesboro-Hodge at 3:15 Friday and Neville at 3:50 Saturday.

At Plain Dealing, Darrien Perry poured in 21 points as the Lions (6-2) opened District 1-1A play with the victory.