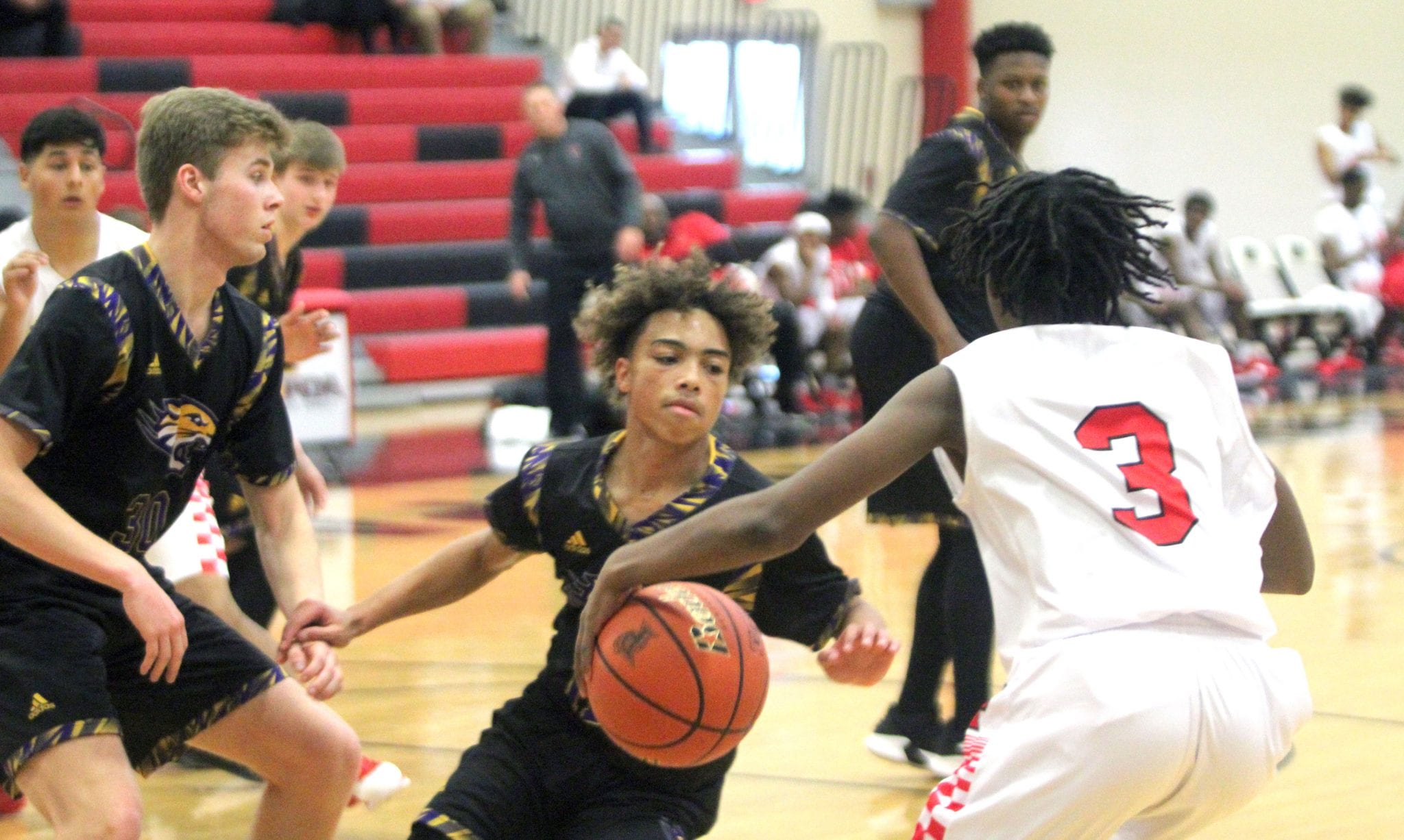 Parkway plays Evangel Christian, a 53-51 winner over Ringgold, for the consolation title Saturday at 4.

In a winners’ bracket semifinal game, a furious Airline rally in the second-half came up just short as the Vikings fell to Woodlawn 65-63. Airline (5-6) faces Calvary Baptist (2-6), which lost to Lakeview 66-44 in the other semifinal, in the third-place game at 5:30 Saturday.

Chase Turner and Gabe Larry led Parkway against Benton with 11 points each. Turner sank two 3-pointers and scored eight points in the fourth quarter. Larry had two 3s in the game.

Dylan Slaid and Ryan Ward paced Benton with 16 points each. Slaid scored eight in the fourth quarter. Ryan hit three 3-pointers in the first half and scored 12.

Ethan Yarbrough added 10 points, including eight in the second half. Jathun Ross scored all eight of his points in the fourth quarter.

Parkway led 14-9 after the first quarter and extended the lead to as many as eight in the second. After a Panthers turnover, Slaid hit a 3 at the second-quarter buzzer as the Tigers rallied to within two at the half.

Parkway led 43-38 going into the fourth and stretched the lead to 10 with a little more than five to play. Again Benton fought back behind the play of Slaid and Reed. The Tigers closed the deficit to 60-55 with 1:02 left.

The Tigers called timeout with 1.9 seconds left. Slaid put up a 3 at the buzzer and was fouled. He swished the first two, but the third rattled in and out. Slade made six of eight free throws in the fourth quarter.

Airline trailed Woodlawn 38-22 at the half. The Vikings sliced the Knights’ led to 55-44 going into the fourth quarter.

With about five minutes left, Airline was within five. A few minutes later, it was tied at 61. The Knights went up 63-61 but the Vikings tied it at 63 with 32.6 seconds left.

Airline had a chance to take the lead but turned the ball over. Woodlawn made a pair of free throws with 9.2 seconds left and held on for the victory.

Quan Randle led Airline with 12 points. Devin Bilbo scored all 11 of his points during the second-half rally.

Devin Jason hit 3 3s and also scored 11. TJ Robinson scored eight of his 10 in the second half.