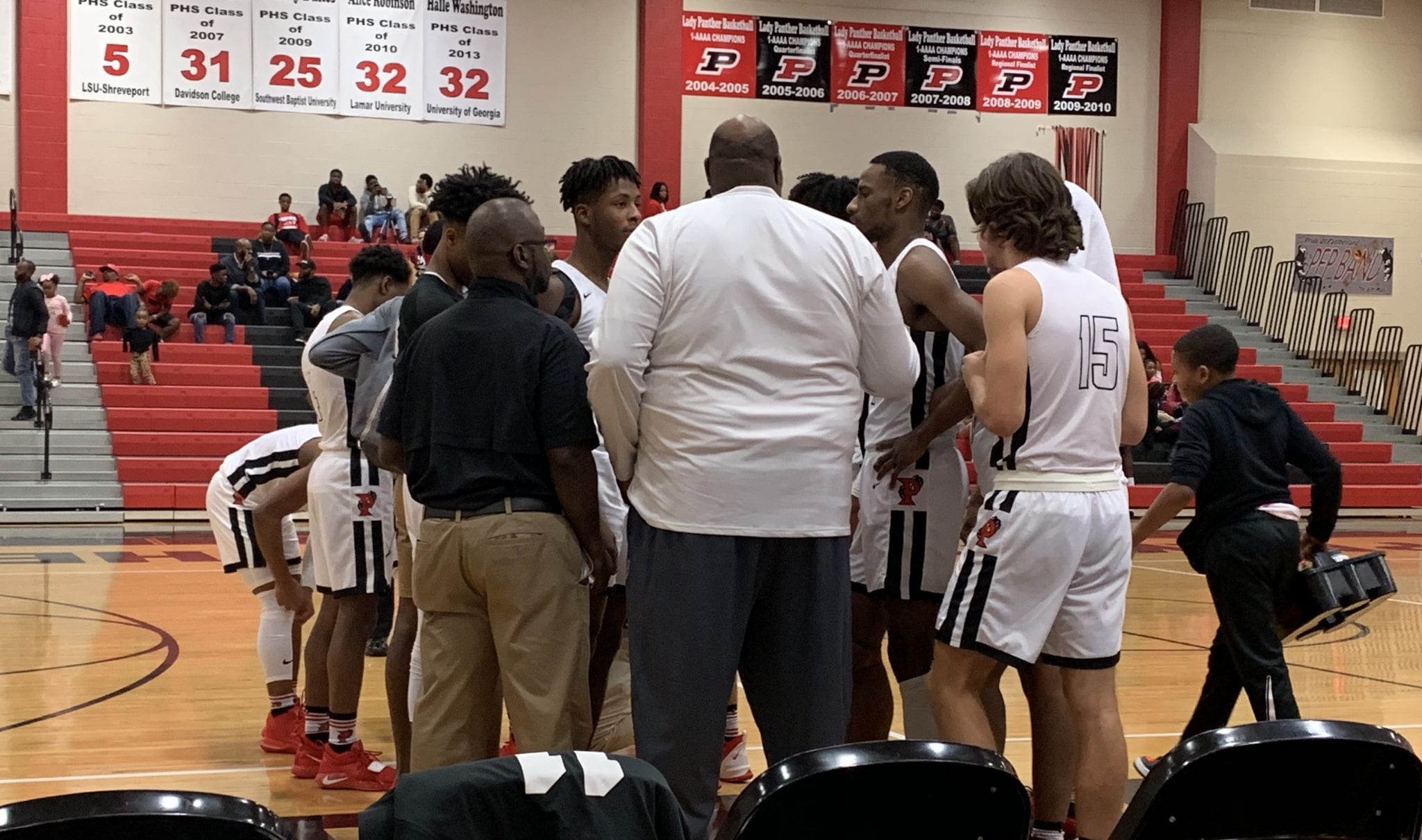 The Parkway Panthers advanced to the championship game of the Barksdale Federal Credit Union Parkway Tournament with a 60-49 victory over Mansfield Friday night.

Parkway had to work for the victory. The Panthers raced to an early 18-6 lead. But the Wolverines rallied and cut the lead to 28-26 by halftime.

Mansfield tied it at 28 early in the third quarter. Parkway led 32-31 when Christian McCoy knocked down a 3-pointer.

The Wolverines answered with a basket. But McCoy hit another from long range to give the Panthers a five-point cushion.

A couple of steals in the backcourt resulted in baskets as Parkway closed the third quarter with a 9-2 run.

The Panthers extended their lead to 13 early in the fourth. The Wolverines cut the lead to seven with just over two minutes left. Larry then converted a three-point play to push the it back to 10.

Airline led 26-19 at the half and then pulled away in the third quarter, outscoring the Bucs 17-9.

Elsewhere, the Bossier Bearkats fell to Ouachita Parish 55-44 in the Wossman tournament. The Lions avenged a 53-50 loss to Bossier on Dec. 10 at Bossier.

The Bearkats (12-3) had an eight-game winning streak snapped.

Cody Deen was the only Bossier player to score in double figures with 20 points. He hit four 3-pointers.

Ouachita Parish led 17-16 after the first quarter and then outscored Bossier 18-6 in the second.

Plain Dealing fell to Arcadia 58-45 in the Arcadia round robin.

Darrien Perry and Ladarious O’Neal led the Lions (4-3) with 13 and 10 points, respectively.

“We had a lull in the third quarter which allowed them to increase the lead,” Plain Dealing coach Sean Koeppen said in a text message.