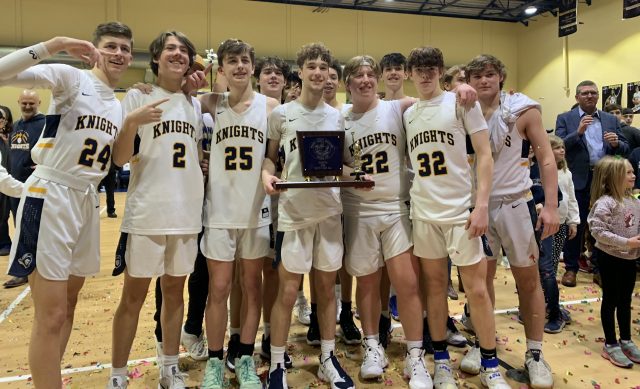 The Providence Classical Academy Knights won the MIdsouth Association of Independent Schools 3A South tournament with a 48-30 victory over Discovery Christian on Saturday evening at PCA.

It marked the first time Providence Classical has hosted the event. The Knights (22-6) will be the South region’s No. 1 seed in the 3A state tournament which begins Tuesday and runs through Friday in Greenville, Miss. Discovery Christian (19-6) will be the South’s No. 2 seed.

The Knights were almost perfect from the free throw line, making 20 of 21.