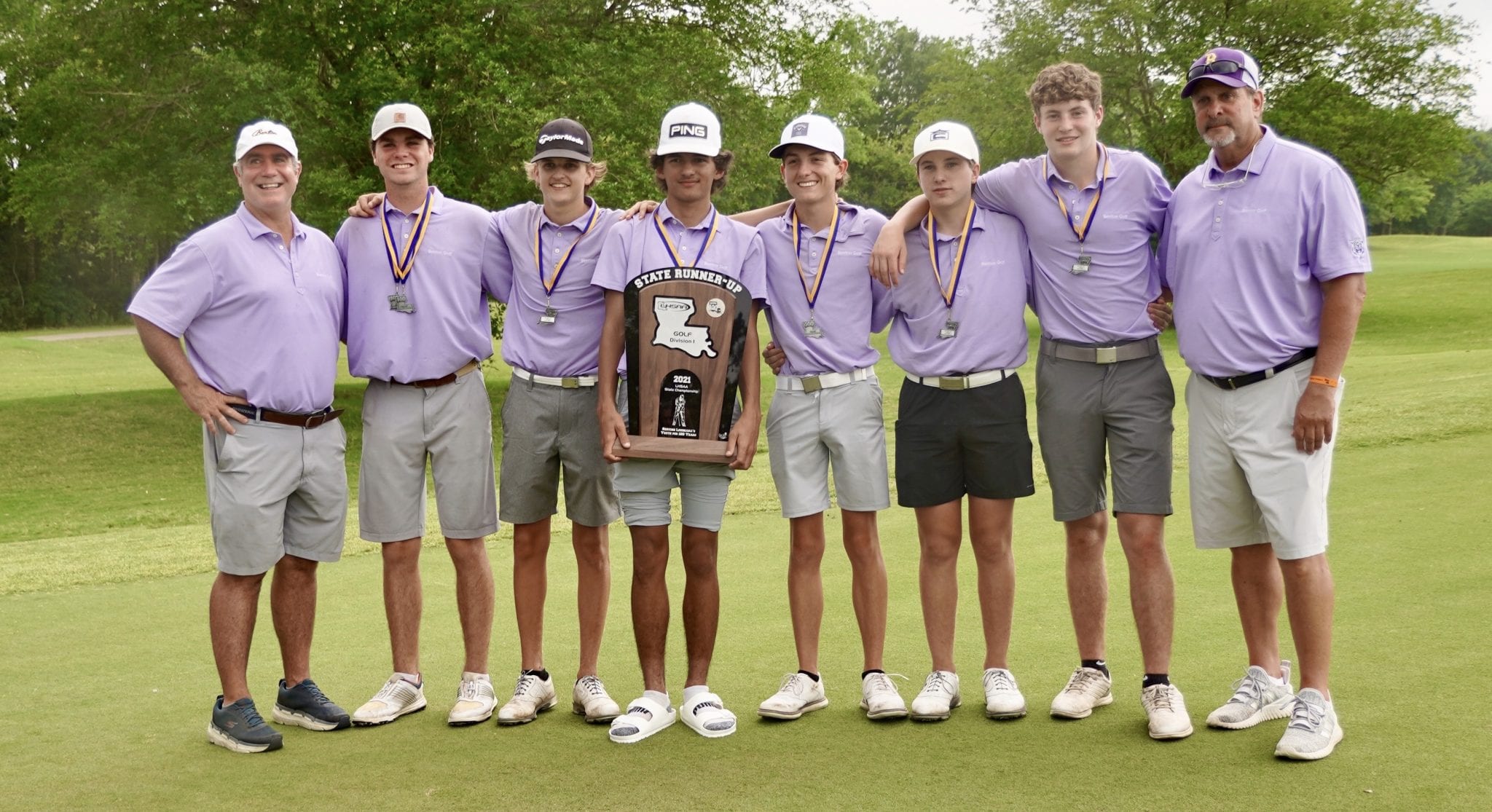 The Benton Tigers finished runner-up in the Division I state tournament Tuesday at Farm D’Allie Golf Club in Lafayette.

Benton sophomore Noah McWilliams, who was tied for fourth after the first round, shot a second consecutive 2-under 70. He and first-round leader Griffith Dorr of St. Paul’s finished tied for first at 4 under. But Dorr, who shot a 75 in the second round after a 65 in the first, took medalist honors, winning on the second hole of a playoff.

Benton moved up to Division I last year after a dominant run in Division II. The Tigers won seven state titles, including five straight from 2012-2016 and another in 2018.

Last year, most of the golf season was canceled because of the COVID-19 pandemic.

No one was sure how the Tigers would fare in the higher classification, but Benton coach Tim Cram had a few veterans from the 2019 team back along with newcomer McWilliams. He thought Benton had a chance for another good year.

“Nobody expected is to step up like that even though we did real well in 4A (Division II),” Cram said. “But we have a bunch of fighters. They didn’t start off well but them suckers fought back. That’s why we ended up second. They all hung in there and played well. It was awesome.”