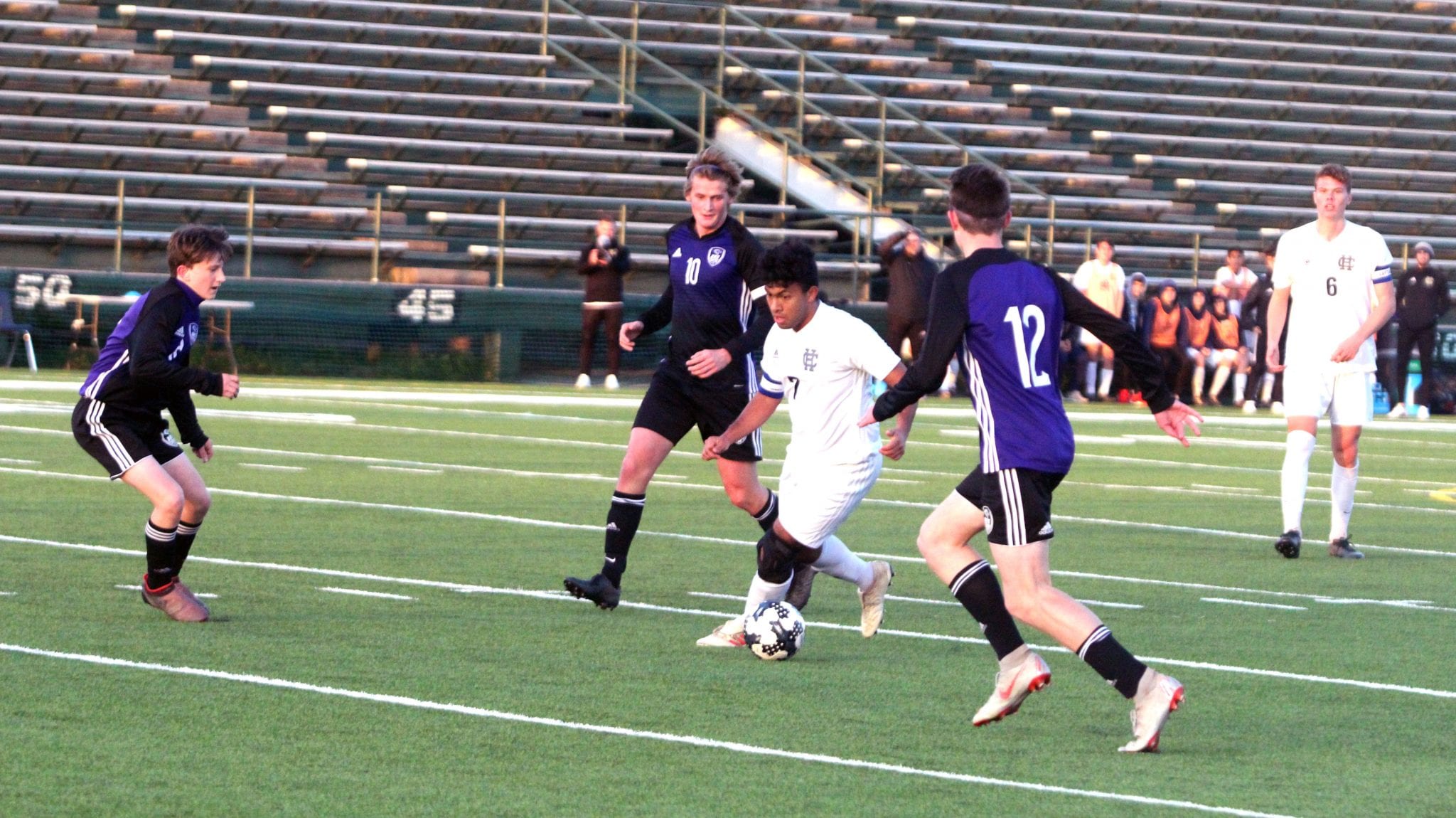 The Benton Tigers hung tough against Holy Cross in the quarterfinals of the Division II boys soccer playoffs Tuesday, but in the end the Tigers from New Orleans showed why they are the No. 1 seed.

But the Tigers from Bossier Parish weren’t intimidated by their opponent or the magnitude of the game.

“I’m just extremely proud of our seniors,”  Benton head coach Bryan George said. “I’m extremely proud of our young guys. We’re actually a pretty young team and these guys showed up and decided they wanted to hang on this level. I think they showed tonight they deserved to be on a level like this. So we’re going to keep fighting, regroup and hopefully come out next year and do the same thing.”

The game was the final one for seniors Brady Brooks, Cole Maxwell, Jacob Garrett, John Robert Kelley and Max Kenyan, according to Benton’s roster.

Brooks, the goalkeeper, gave his team a chance by making numerous saves.

In the early part of the game, the teams went up and down the field with neither having a great scoring opportunity. Holy Cross finally broke through, scoring off a corner kick at about the 22-minute mark.

Starting at about the 28-minute mark, Benton’s offense picked up the pace and pressured the Holy Cross defense but couldn’t capitalize.

“We had opportunities,” George said. “I think we worked the ball around well. I think we controlled the midfield and everything like that, but at the end of the night the scoreboard is what it is. Hats off to them.”

The first half ended with Holy Cross on top 1-0.

The second half was played mostly in front of Benton’s goal as Holy Cross applied almost constant pressure. Holy Cross’ second goal came at about the 11-minute mark. It started with a free kick from about 35 yards out.

“They got us on set pieces,” George said. “I knew set pieces was going to be their MO. They have tall guys in the middle and they try to find heads and they did it twice against us and it was successful.”

Benton didn’t have a lot of scoring chances in the second half, but the Tigers did have a couple within about two minutes of each other. Both times long kicks put the ball near the front of the goal, and each time Benton came very close to getting on the board.

“We pressed. We threatened,” George said. “We didn’t finish a couple of times when I thought we should have.”

Holy Cross made it 3-0 with a goal off a nice cross-field pass with at about the 18-minute mark.

To the delight of their vocal fans, Benton avoided the shutout on sophomore Dylan Garrett’s penalty kick from about 12 yards in front of the goal with just over three minutes to play.

It was Garrett’s third goal of the playoffs.

After the game, Benton assistant coaches Saul Camacho and Jamie Garcia along with Bryan spoke to the team.

They told the Tigers how proud they were of them, that this team will be remembered for making history as the first to reach the quarterfinals.

But they also reminded the underclassmen that the offseason has already started and it’s time to get ready for next season.