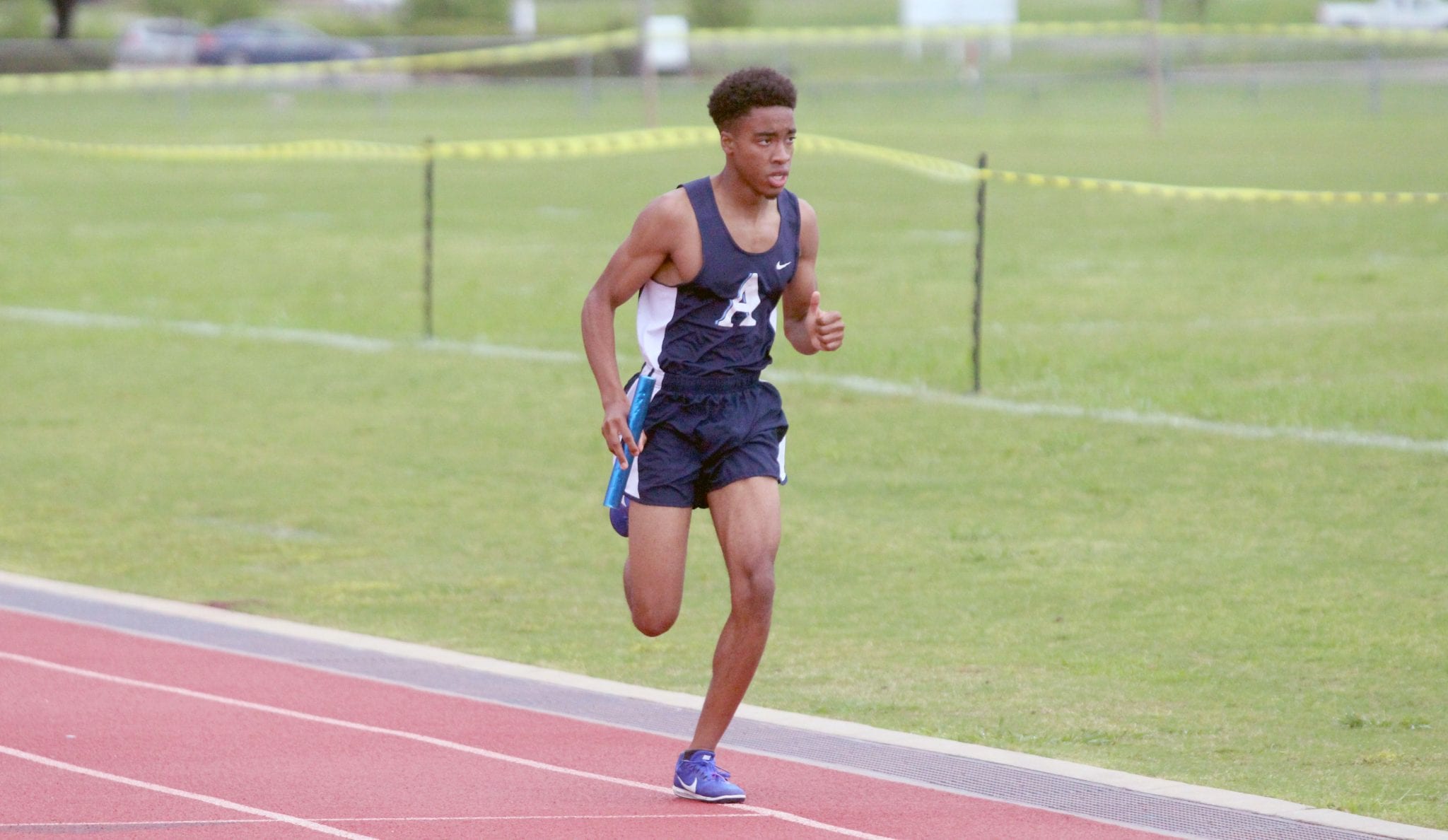 Airline won the District 1-5A boys track and field championship for the third straight year Thursday at Airline.

The Vikings scored 133 points to 115 for runner-up Byrd. Captain Shreve was third with 113, Parkway fourth with 106 and Haughton fifth with 42.

The meet started at 4 p.m. despite heavy rain earlier in the day. About an hour into the meet, a line of thunderstorms rolled through, causing a delay. But the meet continued as skies cleared. The temperature dropped after the storms, especially when the sun set.

Both times were faster than Thomas’ time of 1:57.44 in the state meet last year.

In the first running event of the day, Morris teamed with Goffrey Cole, Gabriel Cole and Joshua Burns to win the 4X800 relay in 8:20.08.

Tommy Williams, who won the 300 hurdles in 39.89, was Airline’s only individual district champ. The Vikings used superior depth to win the team title.

Brandon Marshall was second in the long jump with a leap of 20 feet, 5 inches. Shreve’s Jamaria Hunter and Parkway’s Kaybian Smallwood also went 20-5. Hunter took first via the tiebreaker and Smallwood third.

Parkway’s Palmer Hearne and Kobe Gill tied for first in the high jump. Both cleared 6-0.

Parkway’s Kentravious Morris finished second in the 200 in 22.93. Southwood’s Wesley Calloway won in 22.76.

Anyone who saw Haughton receiver/quarterback CJ McWilliams play football the last couple of seasons knows he’s fast. Thursday he showed just how swift he is.

McWilliams, a standout baseball player who hasn’t been running track, pulled out a third-place finish in the 100 in 11.26. Shreve’s Ladarian Frieson won in 11.19 and Calloway was second in 11.24.

Parkway’s Hunter Picard was second in the javelin with a 142.5, only a half-inch behind Byrd’s Jamarsha Huglon.

Parkway’s Tommy Cook and Haughton’s Jake Pieri finished 1-2 in the pole vault with vaults of 10-3 and 8-6, respectively.

Parkway’s Jamal Asberry, Jaquaylon Johnson, Morris and Dariusz Patterson combined for a runner-up finish in the 4X100 in 43.22, just .05 behind Shreve.

The top four finishers in each event qualified for next Thursday’s Region I meet at Northwestern State.