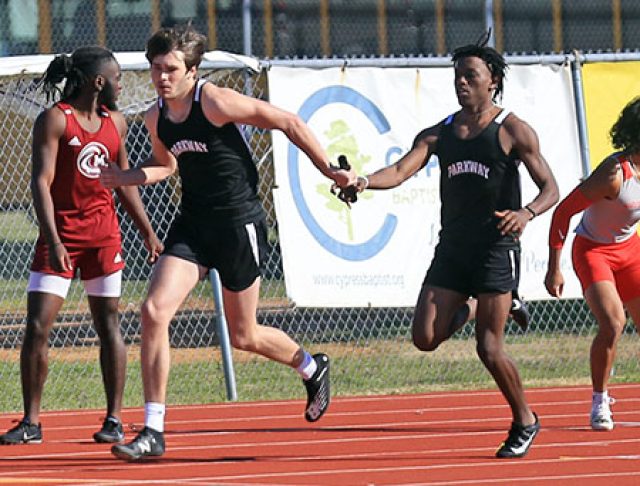 Parkway’s Devon Oliver and Benton’s Marc Perry were the only double winners.

Perry took the high jump with a 6-2, four inches higher than three other competitors. Fisher was second on fewer misses.

Perry also finished second in the long jump with a 20-6. Bossier’s Waunkeyus Manning won with a 21-9

Haughton’s Laiden Broadway and Benton’s Neil Mason both cleared 11-0 in the pole vault. Broadway got the 10 points that goes to the winner because he cleared it on his first attempt. Mason made it over the bar on his third.

Haughton’s Chase Tolbert won the javelin with a 142-2. Loyola’s Jeffrey King was second with a 140-3.