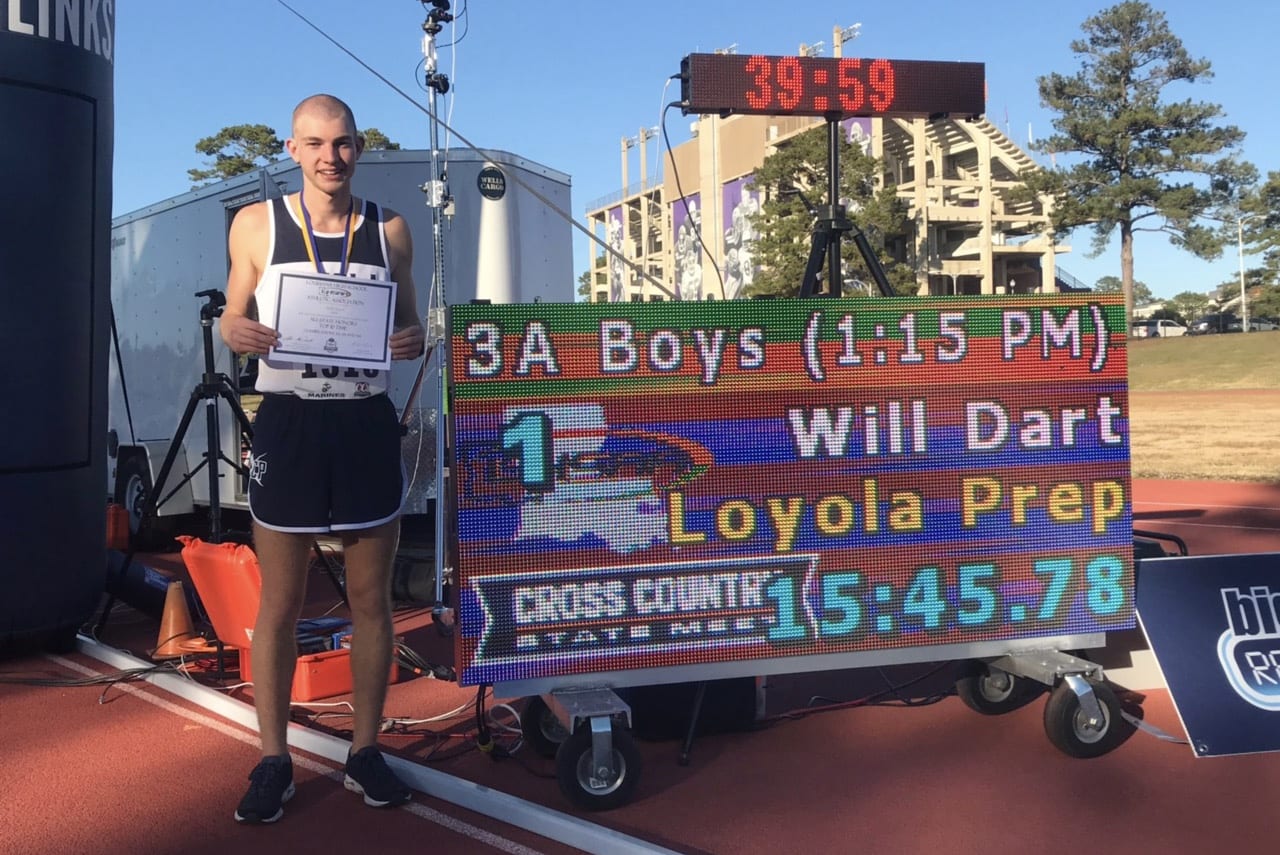 Dart finished about 36 seconds ahead of runner-up Ivan Appleton of St. Louis.

Dart won the middle school cross country state title at Cope and was undefeated in two years on the track.

He was the District 1-5A cross country runner-up as a freshman and champion as a sophomore at Airline. Dart had to sit out his junior season after transferring to Loyola.

He set several course records this season leading up to his victory Tuesday.