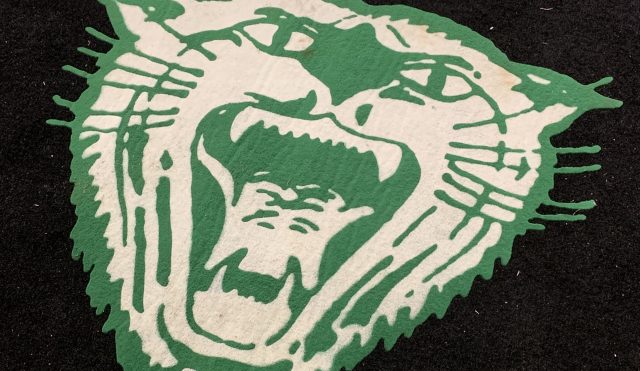 De’Aumante Johnson picked up his first victory as a head coach Friday night as the Bossier Bearkats defeated the Arcadia Hornets 36-12 in a season opener at Memorial Stadium.

But Johnson deflected the attention and put the spotlight on his players.

“I’m pleased because we came through some adversity this week,” he said.

On Thursday, the Bearkats learned starting quarterback Carlos Butler would have to quarantine  because of COVID-19 contact tracing.

“I’m always preaching to my guys that adversity is going to hit at some point,” Johnson said. “It hit us Thursday and the guys were devastated by it. But I told them, ‘How well are you going to respond?’

“And I tell you, these kids came out and they responded. We had one day to prepare to get another quarterback ready for this game. Honestly we weren’t expecting Carlos to go home. No one was. So we thought, everything’s running smooth. We had a great week of practice even though the heat was outrageous on this turf. But the kids responded to adversity so well and I’m so pleased and I’m so happy for these young men.”

Marquis Harris, an outstanding athlete, started at quarterback. But Johnson soon thought a change was in order after the Bearkats struggled early.

Up stepped 6-foot-4 receiver Joseph Manning, one of the state’s top basketball players who’s playing football in high school for the first time.

“Joseph came to the sideline and said, ‘Coach, I’m telling y’all, I can play quarterback,’  ” Johnson said. “The whole time he’s been telling me this since he’s been here. And I’m like, ‘Nah, Joe, nah, we’re keeping you at wide receiver.’

“So I put Joe in and Joe throws two touchdown passes,” Johnson said. “He can do it all. He breaks a 45-yard run and almost scores. He was stopped on the 1-yard line.

“We played lights out on defense,” he said “In the beginning we couldn’t move the ball and the defense kept having to come back on the field. I think we had four turnovers on offense too, fumbles and mishandled snaps and everything.

“The defense would sit down, two plays later get back on the field and we’d cause a fumble to get the offense back. Our defense played outstanding football. A few gray areas in spots but that’s to be expected like always because this is a young team.

Johnson also gave credit to his staff for performing their duties at the high level he expects them to.

“My coaching staff did a great job of calming the players down when things are hard in this game and getting them to play and we came out with the victory,” he said “It wasn’t the prettiest but it’s a win. I’ll take an ugly win any day.”

Bossier hits the road next week for a game against Class 4A Opelousas on Friday. The Tigers lost to Teurlings Catholic 40-12 in their season opener.