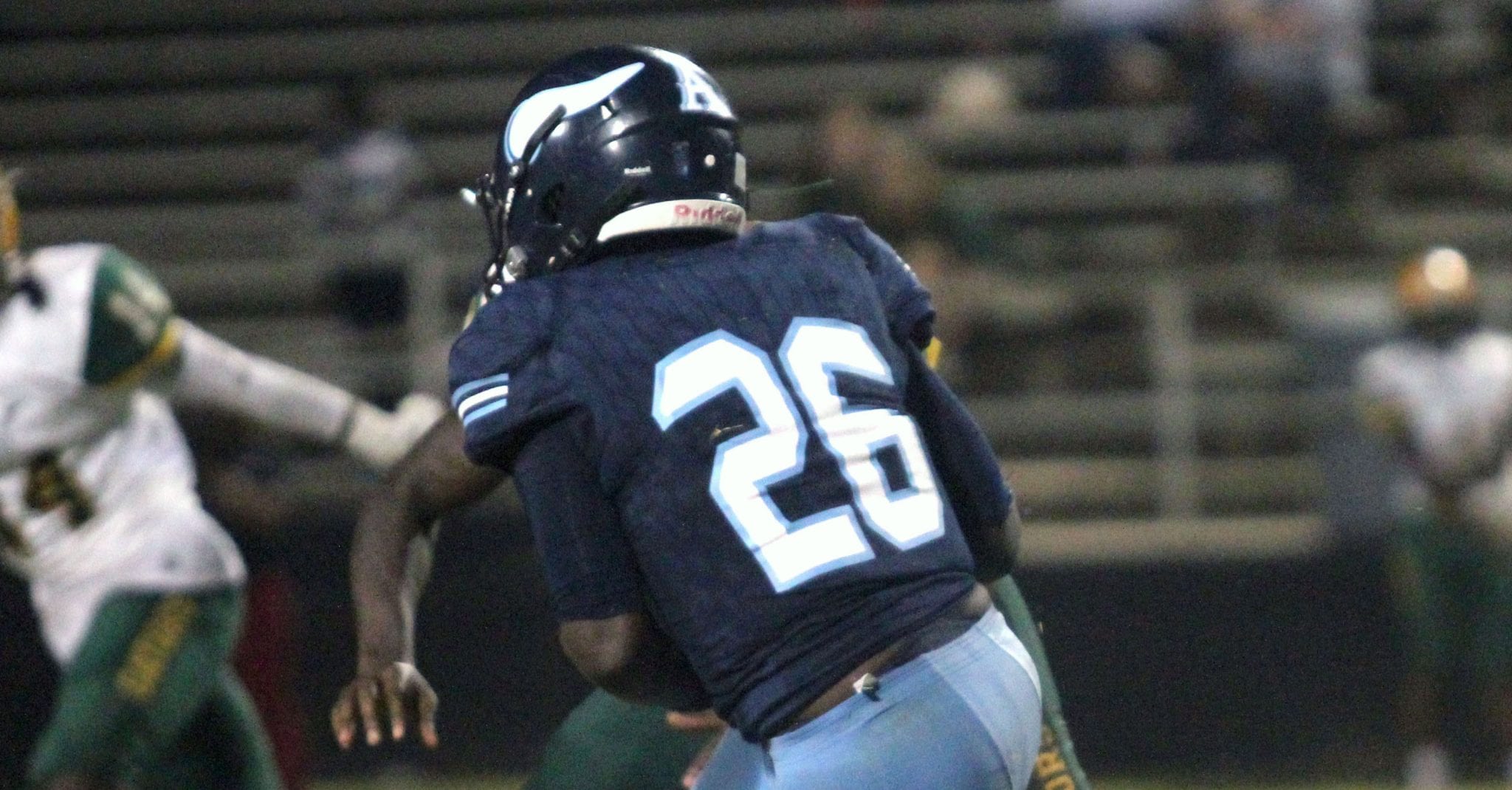 Airline improved to 4-1 overall and 2-0 in District 1-5A. The Vikings step out of district play this Friday to play Mansfield (1-4) in their homecoming game. Captain Shreve dropped to 4-1 and 1-1.

The Vikings recorded a shutout for the second straight week. According to The (Shreveport) Times, the Gators managed just six first downs and 65 total yards (58 passing, 7 rushing).

“I’m really proud of the way our guys played tonight in all three phases,” Airline coach Bo Meeks said. “I think this is the best game we’ve put together. I’m just proud of the effort. The energy was great from beginning to end. A great win for Airline football tonight.”

The Airline defense has allowed only three touchdowns through five games.

Meeks had a difficult time singling out any one defensive player for praise, although he mentioned middle linebacker Josh James.

“Really, the entire defensive line and secondary, all those guys were really good tonight,” he said.

For the second week in a row, the Vikings played without starting running back Brian Fielding and playmaker Coby McGee, both of whom sat out with injuries.

And for the second straight week, Cameron “JoJo” Davis filled in well. He rushed for 123 yards, including a couple of runs that helped the Vikings kill the clock at the end of the game.

Davis also scored on a 1-yard run and ran 34 yards with a screen pass on a scoring drive.

“He was going to be a guy who was going to get a lot of snaps, but with Brian’s injury he’s stepped in and really, really played well,” Meeks said. “He’s doing the little things well which makes me the proudest.”

Airline scored all three touchdowns in the first half. Sophomore Brad Fream completed 11 of 17 passes for 139 yards. He threw touchdown passes to Brian Engelke (19 yards) and Malik Britt (3 yards).