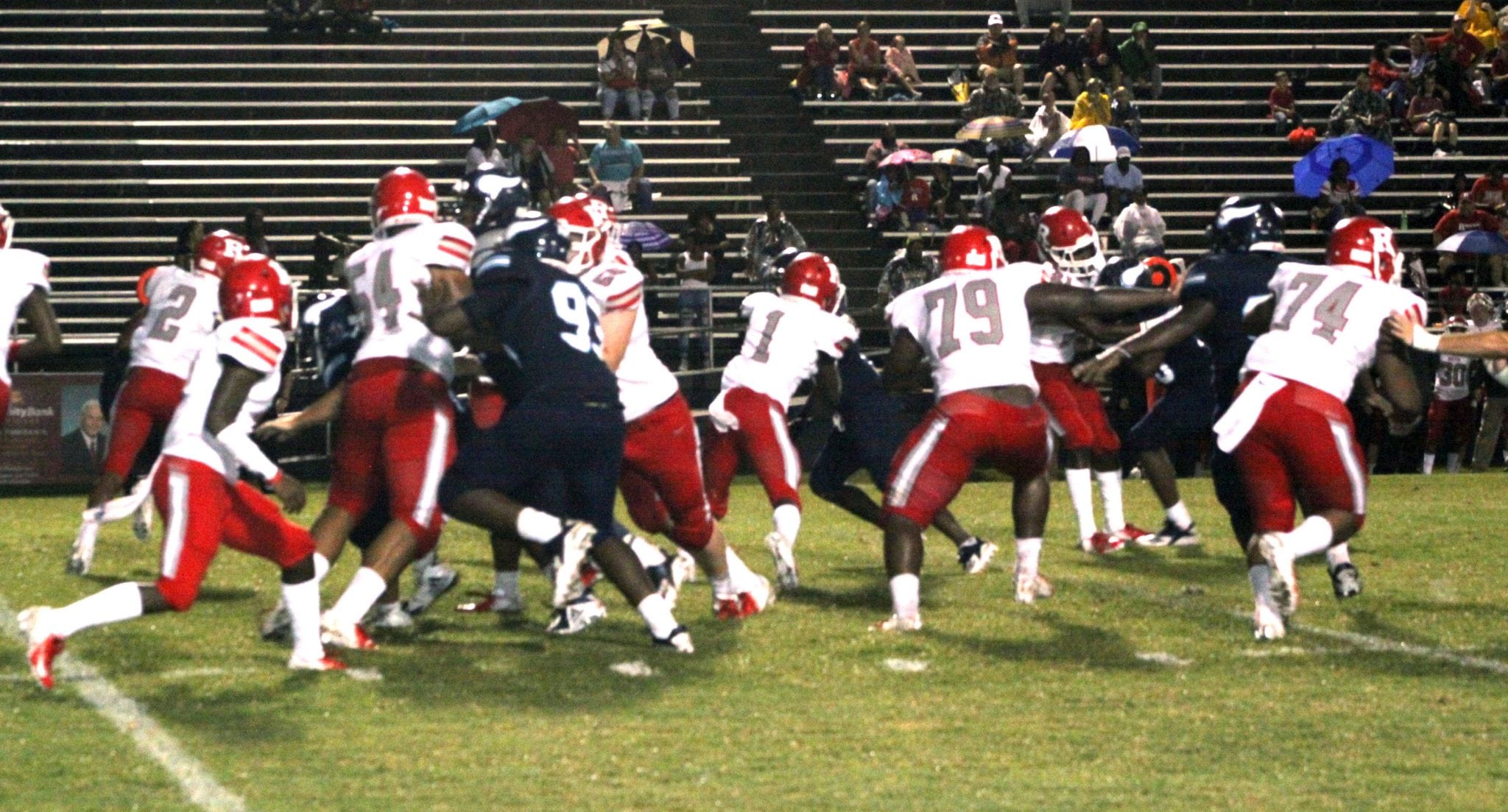 At Airline, in a game that featured a couple of lightning delays, Airline grabbed a 19-16 lead in the third quarter when Bryson Dudensing picked up a fumble and returned it 60 yards for a TD.

But the Bearcats rallied, scoring 20 unanswered points in the fourth quarter. Airline had two turnovers during that span.

As in Airline’s first two losses, coach Bo Meeks said mistakes and missed opportunities were big factors in the defeat.

The Vikings defense also had trouble dealing with sophomore running back Deontre Griffin, a replacement for starter Hahsan Jackson (knee). According to stats kept by The Times, Griffin rushed for 229 yards on 34 carries and scored two touchdowns.

Ruston senior quarteback Eric Outley gained 107 yards with most of that coming on a late fourth-down TD run that made the score more lopsided than the game actually was.

Airline started fast, scoring two TDs in the first quarter on an Adrian Brooks run and a pass from Brad Fream and Jordan Gladney. Fream and Gladney, both seniors, had alternated at quarterback during the jamboree and the first two games, but Fream went the distance Friday night.

Airline is off to an 0-3 start for the first time since 2006, but the Vikings just might be the best 0-3 team in the state. The combined record of Airline’s three opponents, including Union Parish and Bastrop, is 8-1 and could easily be 9-0. Ruston lost to Acadiana last week on a Hail Mary on the game’s final play.

The Vikings lost to Union Parish and Bastrop by a combined eight points.

Bossier running backs Michael Green and Daniel Moore did have some success on the ground. Green led the team with 59 yards on 11 carries. Moore had 50 on just four. But the Bearkats managed just 140 total yards on 43 attempts.

Bossier attempted only two passes and one was intercepted.

The Bearkats (1-2) open District 1-4A play at home Friday against defending champion Benton. The Tigers (1-2) defeated Tioga 27-17 on the road Friday night.

The Lions open District 1-1A play Friday at home against Ringgold. The Redskins (0-3) fell to Tensas 44-6 Friday night.