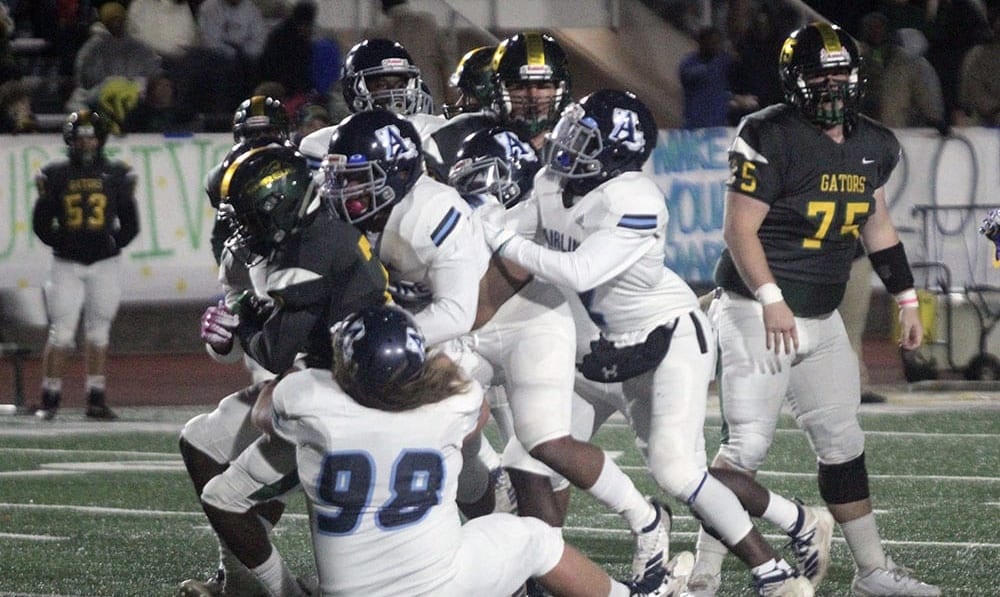 Airline moved up two spots to No. 8 in the final Louisiana Sports Writers Association Class 5A poll released Tuesday.

The Vikings (8-2), who earned a share of the District 1-5A championship with a 21-14 victory over Captain Shreve last week, host Southside (6-4) in the first round of the playoffs Friday.

Airline was unranked in the preseason.

Haughton (8-2), which defeated Parkway 38-14 last week, received seven points in the voting and finished at No. 13. The Bucs host Ouachita Parish (5-5) in the first round Friday.

Bossier received two points in the Class 3A voting and finished in a tie at No. 15. The Bearkats (7-3) visit Kaplan (6-4) in the first round of the playoffs Friday.