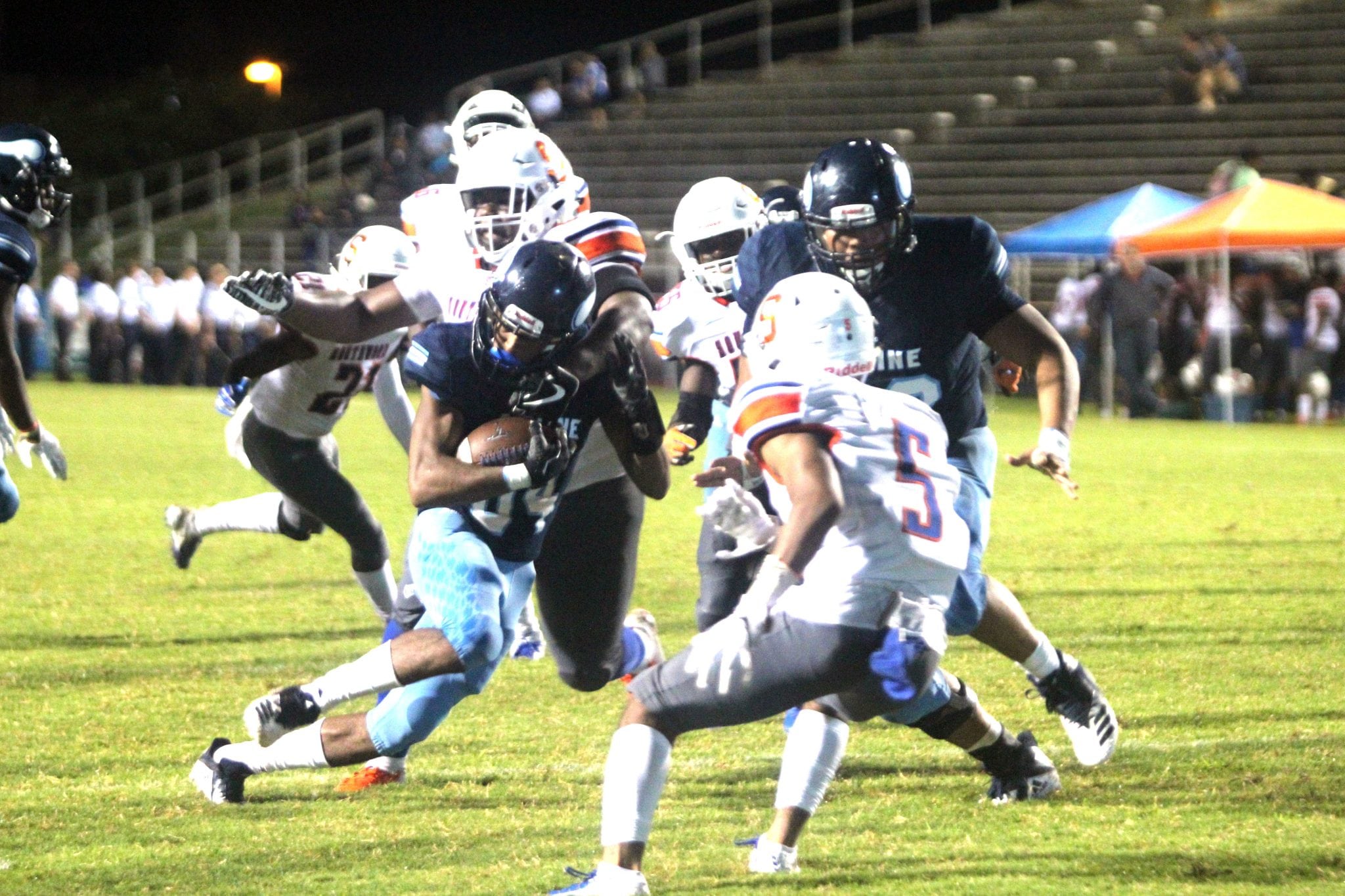 After three weeks of frustration, the Airline Vikings won their first game of the season Friday night, defeating the Southwood Cowboys 35-0 in a District 1-5A opener at M.D. Ray Field at Airline Stadium.

Airline, which had fourth-quarter leads in all three of its losses, improved to 1-3 overall. Southwood dropped to 1-3.

“That’s what we’ve been working for the first three weeks,” Airline coach Bo Meeks said. “Just a great job by the guys coming out and taking care of business. To get on a roll you’ve got to get the first one. We’ve got a huge task next week getting ready for Parkway so we’ve got to do a great job in preparation and again continue to correct mistakes and get better and better.”

While Airline’s first three games had plenty of suspense, there was none in this one. The Vikings rolled to a 35-0 halftime lead. Airline reserves played most of the second half.

“We just came out and executed well on both sides of the ball,” Meeks said. “Offensively we ran a good bit early. Jaquarious Rabon and Jamal Johnson at running back tonight both stepped up and did a really, really good job for us. Those are two guys who haven’t played much at that position.

“(Quarterback) Brad Fream and the receivers made some nice throws and catches. Brad did a nice job of extending plays when we had a few things break down and I was really proud of that. The defensive effort was outstanding tonight, did a great job.”

Fream, who played only the first half, threw touchdown passes to Garrison Wade, Kevin Pouncy and Antavius Freeman. Jamal Johnson and Pouncy both had rushing touchdowns.

Airline visits Parkway on Friday. The Panthers (2-1) fell to Evangel Christian 56-20 in their District 1-5A opener Friday night at Evangel.