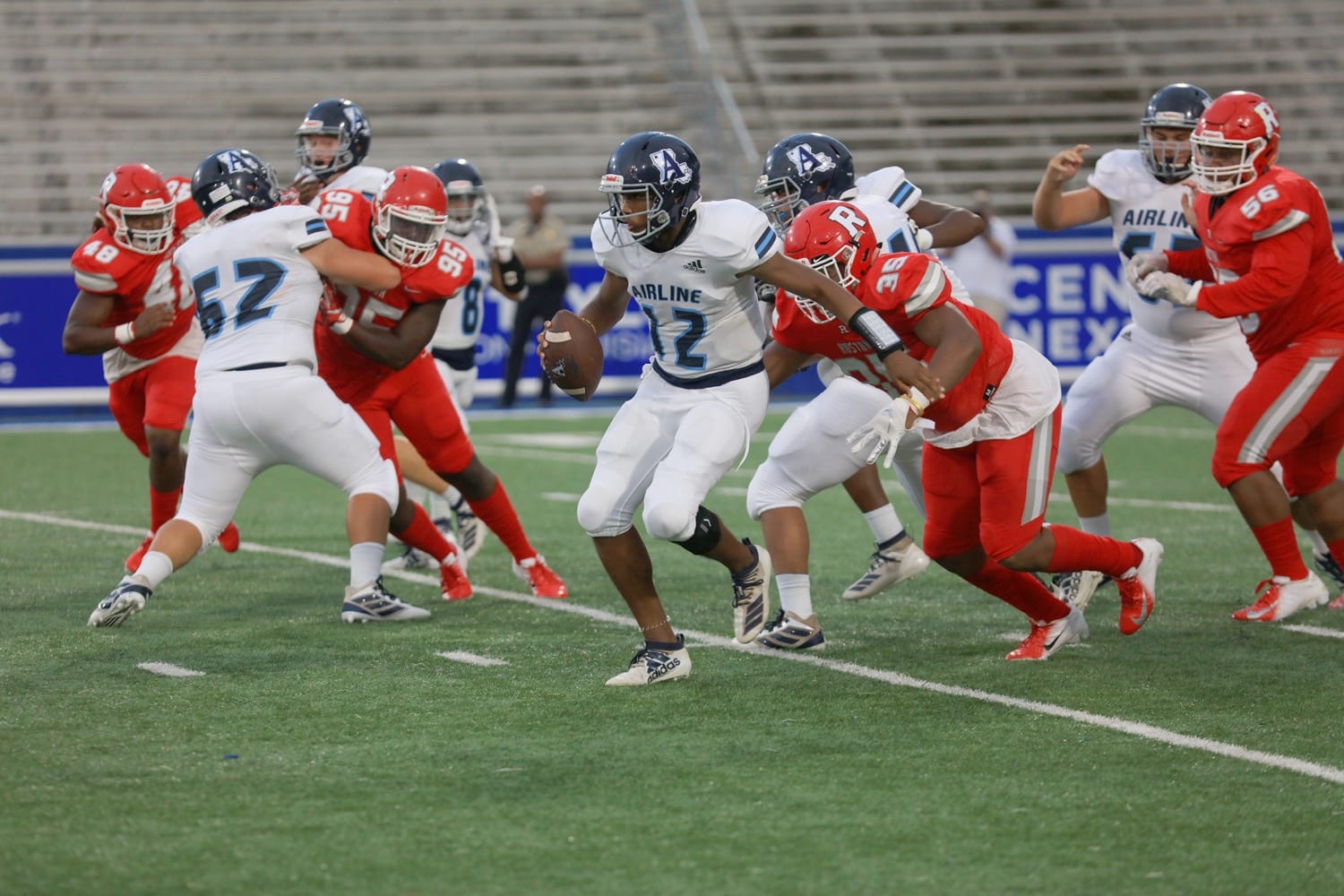 Airline battled Ruston to a draw in the first half, but the Bearcats owned the second in a 49-28 victory over the Vikings on Thursday night at Louisiana Tech’s Joe Aillet Stadium.

The game was tied at 21 at the half. Airline recovered an onside kick to start the second half but couldn’t take advantage.

Ruston then scored three straight touchdowns to go up 42-21. The Vikings got within 14 on a 4-yard touchdown pass from Alex Garcia to Rovelle Young with 4:49 left in the game. But an onside kick was unsuccessful and Ruston tacked on a late TD.

A fumble recovery and interception helped Ruston go from up 27-21 to 42-21. The Vikings also lost a fumble early in the game that set up a Bearcats TD.

While turnovers hurt, Airline had trouble stopping Ruston’s ground attack. According to the Monroe News-Star, the Bearcats rushed for 293 yards with Ketravion Hargrove (106) and Devian Wilson (100) leading the way.

Airline took a 21-14 lead on a 7-yard pass from Garcia to Daniel Smith. Smith had A couple of big catches to get the Vikings in scoring position.

Brian Marshall, whose twin Brandon returned an interception for a TD last week in a win over Union Parish, snatched a fumble out of the air and returned it 94 yards for a touchdown that put Airline on top 14-7.

Garcia hit Smith for 20 yards for the Vikings’ first touchdown. Smith also had a 40-yard catch on the drive.

According to the News-Star, Garcia completed 21 of 30 passes for 255 yards.

Airline’s Hunter Rice had an interception in the first half, but Ruston got the ball back on a tipped interception.

An Airline fumble at the Vikings 13 set up Ruston’s first TD.