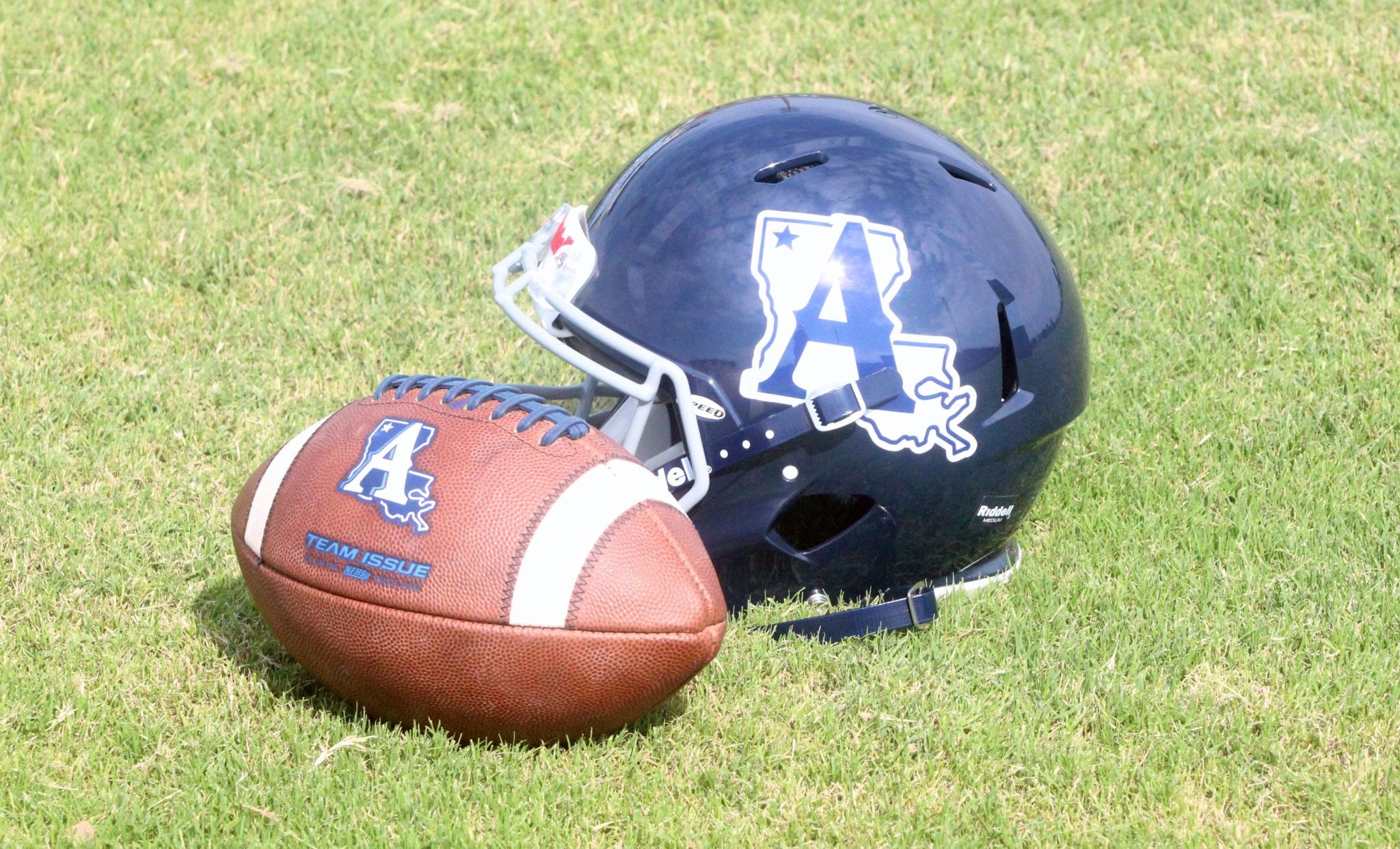 Early in the fourth quarter, the Airline Vikings led the East St. John Wildcats by three points in their second-round Class 5A playoff game in LaPlace.

The Wildcats appeared to seize the momentum when they recovered a fumble in Airline territory, thwarting a scoring threat.

But two plays later, East St. John had a bad snap in the shotgun. Airline lineman Triveon Wilkins picked it up and was forced out of bounds at the Wildcats 7.

One play later, Rovelle Young scored from the 7 and Jackson Tinkis’ PAT put Airline on top by 10.

The Vikings then took advantage of two more East St. John miscues in quick succession en route to a 45-29 victory.

East St. John, the No. 24 seed, finished the season officially 7-5. But the Wildcats had to forfeit their first three games, including two wins, for using an ineligible player so they were 9-3 on the field.

Last season, Airline barely missed the playoffs for the only time in Meeks’ tenure, going 3-7.

“I’m so proud of everybody in our program,” Meeks said. “To go from three wins last year to the quarterfinals and 10 wins, that doesn’t happen too often. I can tell you that.

“I’m really, really proud of these young men and the way they’ve grown and matured, sacrificed some things that they wanted personally and individually for the good of this team and it has really, really shown.”

The Wildcats then fumbled on the kickoff return and the Vikings recovered at the ESJ 21. Three plays later Young went in from 8 yards out. Tinkis’ sixth PAT made it 45-21 with 6:15 left.

“It was crazy,” Meeks said. “It flipped right there. We were able to capitalize on all three, punch it in. We didn’t have a long way to go, but great job by the offensive line and Rovelle and Jamal (Johnson) to finish in the red zone right there to put the game out on reach.”

Early in the game, it looked like it might be low-scoring. But the Vikings got going after two punts.

They converted a third-and-9 on a pass from Alex Garcia to Daniel Smith. Pouncy then took a screen pass 43 yards for a touchdown.

After an unsportsmanlike conduct penalty against East St. John, Airline recovered an onside kick at the Wildcats 29. Garcia hit Smith with a pass to the 1, and Young scored with 1:19 left in the first.

The Wildcats answered with a 54-yard touchdown pass to cut the lead to 14-7.

Airline then marched 80 yards for a touchdown. Young had a big run early in the drive and ran for a first on third-and-3. Pouncy had a couple of receptions for good gains.

East St. John came right back with an 80-yard TD drive of its own. It started with a 45-yard Sean Shelby pass and ended with Shelby’s second TD pass.

Johnson broke loose for 37 yards on the first play after the kickoff. The Vikings drove to the Wildcats 6 before the drive stalled. Tinkis then kicked a 23-yard field goal to give Airline a 24-14 lead with 2:16 left in the half.

Melvin Smith had an interception on East St. John’s next possession and the score stood at 24-14 at the half.

The Wildcats scored on their first possession of the second half on a 31-yard pass to cut the lead 24-21 with 5:49 left in the third.

The Vikings drove to the Wildcats 17 but a Garcia pass was picked off near the goalline and returned 50 yards.

Airline forced a punt, which was botched. The Vikings took over at the ESJ 44 and advanced to the 18. But the Wildcats recovered a fumble after a sack.

That was right before the series of turnovers.

According to stats kept by nola.com, Garcia completed 23 of 34 passes for 208 yards. The Vikings rushed for 154 yards on 30 attempts.

Shelby completed 21 of 43 passes for 314 yards and four touchdowns.

“They’re a very, very good football team,” Meeks said. “They’re athletic, big, well-coached. It was definitely a challenge and they made it really hard but we were able to find a way when we needed to.”

The  Vikings held the Wildcats to just 35 yards rushing on 14 carries.

“I thought it was a good effort defensively,” Meeks said. “It was a different style of team we played. The quarterback could really throw the ball. The receivers were very, very good and gave us some trouble but we found ways to get stops when we needed to and get those turnovers which was huge for us.”