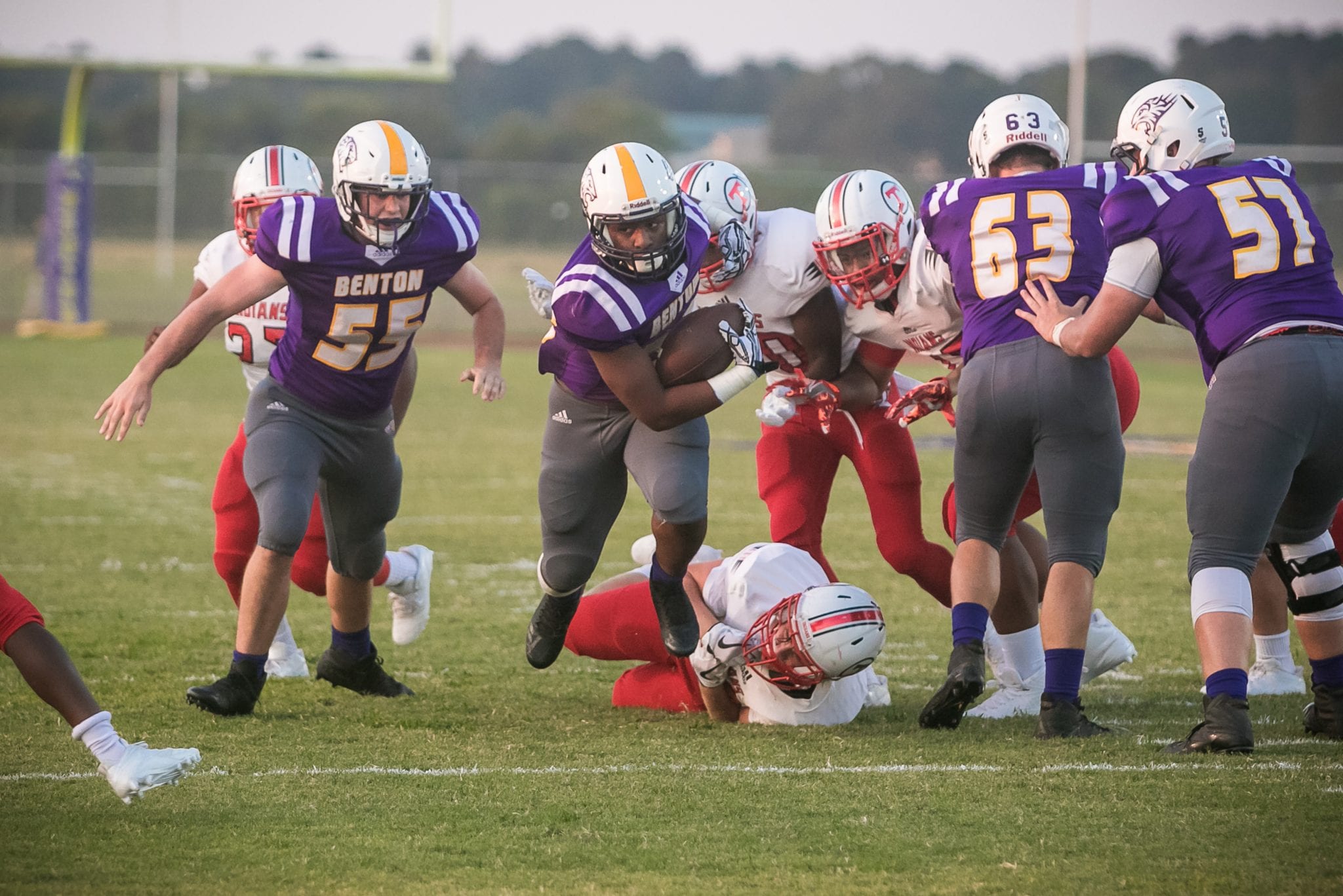 Another week, another dominating performance by the Benton Tigers.

Benton improved to 3-0 with a 48-16 victory over the Tioga Indians on Friday night at Tiger Stadium in Benton.

The Tigers led 41-3 at the half and Benton coach Reynolds Moore sat his starters in the second.

“We just kind of ran the clock and got them out of there without getting anybody hurt,” Moore said.

Benton has outscored its first three opponents by an average of 37.3 points per game.

“Our guys did great,” Moore said in a good summation of his team’s performance against Tioga.

The Class 4A Indians came into the game with two relatively easy wins under their belts. But they were against 1A and 3A teams.

“They’ve got a young team,” he said. “I think they’ll win some games down the road. They’re just learning right now.

“We’re in a boat kind of where they were last year. They had a bunch of seniors and a lot of experience and were able to thrive with those guys like we did tonight. It wasn’t anything other than that. We just have some guys that have been playing football for a long time and they didn’t.”

Senior quarterback Garrett Hable is one of those guys. He completed 14 of 21 passes for 181 yards and three TDs in the first half. He also rushed for 39 yards.

Senior linebacker Jordan Myles came up big on special teams, blocking a punt and returning it for a TD to give the Tigers a 21-0 lead in the first quarter.

Benton finished the first half with 289 yards total offense.

Defensively, the Tigers’ first team gave up one big play that resulted in the field goal. The Indians’ other touchdowns came late against reserves.

Benton opens District 1-4A play at home against Bossier on Friday. The Bearkats (2-1) lost to Logansport 48-21 Friday night.

“We want to win district,” Moore said. “There’s no doubt about that. That’s our No. 1 goal right now and that starts this Friday night.”