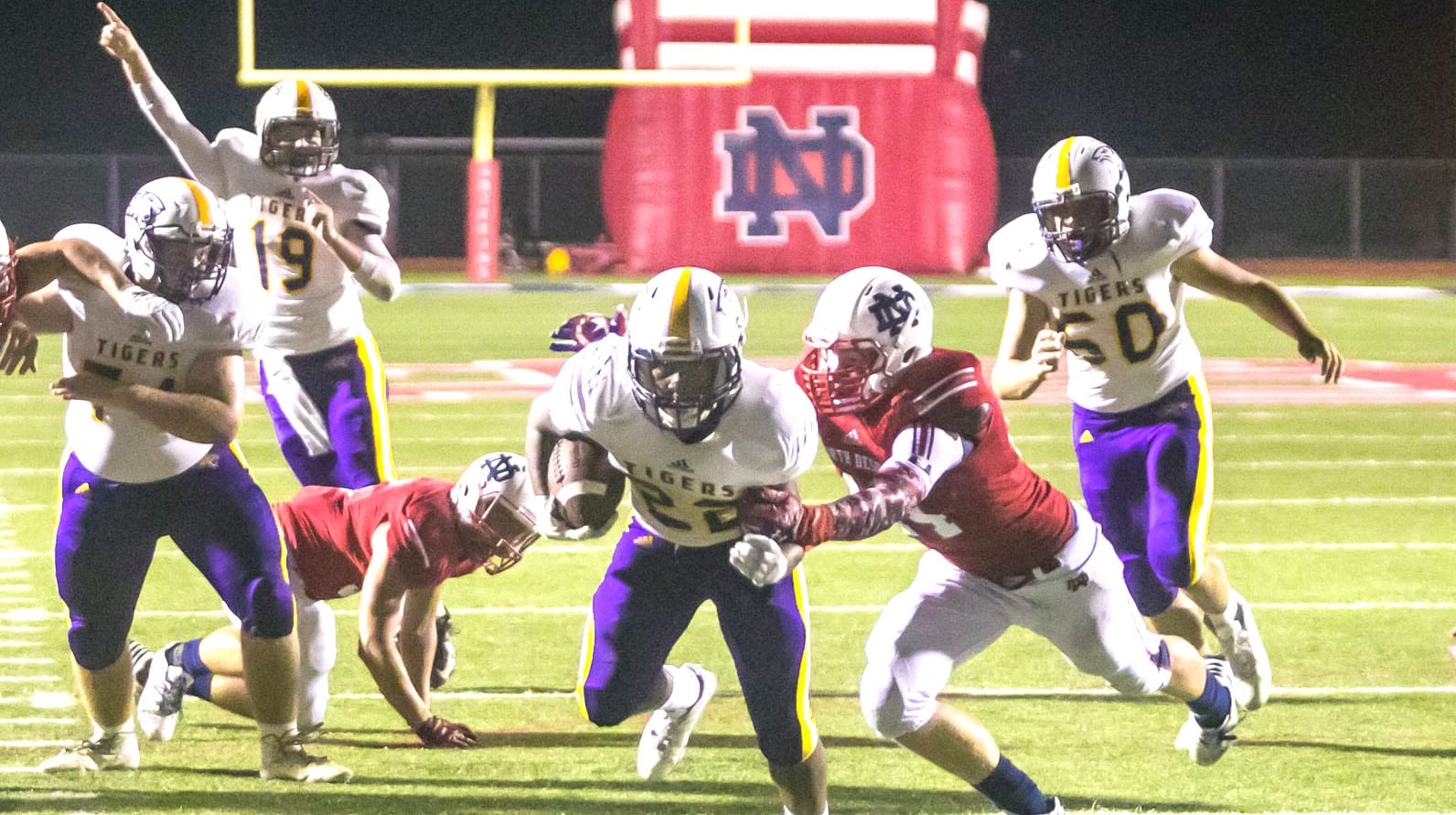 As the two-time defending District 1-4A champions, it’s not really a surprise when the Benton Tigers defeat anybody these days.

But Benton’s decisive 28-7 victory over the North DeSoto Griffins probably raised some eyebrows simply because of the 21-point margin on the road.

North DeSoto came into the game 3-1 with its only loss to Class 2A No. 2 Many, 34-33, at Many. The Griffins were averaging 38.8 points per game and feature one of the state’s top running backs in Delmonte Hall. Benton won the previous two games in the highly competitive series by seven points.

It wasn’t easy, by any means. Benton led 14-7 early in the fourth quarter.

But as the Tigers have so many times in Reynolds Moore’s three-plus seasons as head coach, they rose to the occasion, scoring a touchdown to regain control and then another to seal the victory.

“They’re a really good football team,” Moore said of the Griffins. “We feel like maybe we haven’t turned the corner but we’re turning the corner now, continuing to get better every week. We’re excited about that.”

Hable completed 20 of 28 passes for 243 yards with no interceptions. He also rushed five times for 47 yards.

Jordan Myles led the strong defensive effort with nine tackles. He also recovered a fumble. Cole Horton had nine tackles and an interception in the end zone in the final minute. TJ Horton had seven tackles.

Before the game, Moore left no doubt that to have a chance to win the Tigers would have to at least slow Hall down. He entered the game as the state’s leading scorer with 16 touchdowns. Instead of lining Hall up in the backfield, the Griffins split him wide, hoping to get him in one-on-on situations in the open field.

The Tigers adjusted, though, and the ploy wasn’t effective. Hall moved back to his usual spot in the second quarter. He finished with 87 yards, according to The (Shreveport) Times, and scored the Griffins’ lone TD on a short run.

“North DeSoto came out doing a little bit different stuff than the way we’ve seen on film all year. Our defense adjusted well and slowed them down right there,” Moore said.

“Our defense did a great job when they went back to what they’ve been doing all year, feeding it to Demonte. We made ‘em huddle up; we made em keep running plays. That was they key. We didn’t give up a big run to him. That’s a big accomplishment I think with a back of his caliber to be able to contain him like that.”