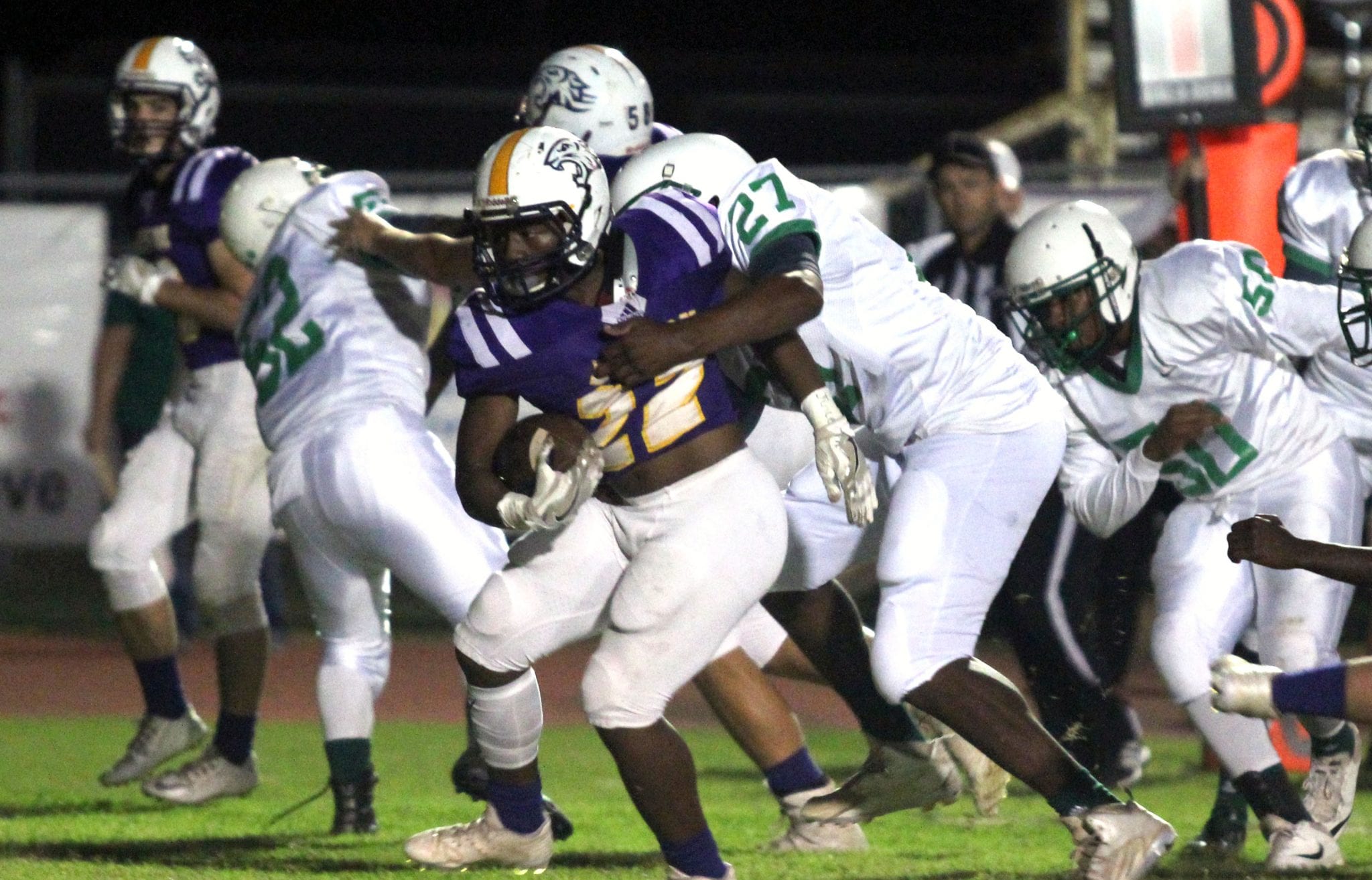 The Bossier Bearkats caught the Benton Tigers a little by surprise early in Friday’s District 1-4A game at Tiger Stadium.

The Bearkats, who usually pass only when absolutely necessary, opened the game with an 88-yard touchdown pass from Keimun Daniels to Tyron McCoy. At the end of the first quarter, Bossier led 18-7.

But it didn’t take the Tigers long to turn the game around. Benton scored four unanswered touchdowns in the last six-and-a-half minutes of the second quarter and went on to win 45-27.

Benton finished the regular season 8-2 overall and 5-2 in District 1-4A. The Tigers will host a first-round game in the Class 4A playoffs this Friday. Official pairings will be announced Sunday.

Benton finished third in the district behind champion Woodlawn and runner-up Minden, the only teams to defeat the Tigers.

Bossier finished the season 4-6 and 2-5. The Bearkats equalled the win total of the previous three seasons combined.

“They did some things offensively that we haven’t seen,” Benton coach Reynolds Moore said. “They did a real good job with it and caught us off guard for sure. Credit it to them. We had to make some in-game adjustments on the fly. We finally got them in at halftime and made those adjustments.”

Jermaine Newton scored from a couple of yards out to cut Bossier’s lead to 18-13 with 6:27 left in the second quarter.

After a bit of a shaky start, Hable completed 13 of 29 passes for 203 yards and four touchdowns. He also rushed for 90 yards.

“It was a good win,” Moore said. “We did some good things. We shut them down in the second half, got some guys some touches that don’t normally get them. As far as the playoffs, we’re realizing more and more every week that while we’re getting better, we’re still a young team overall. We’ve got a lot of guys in key spots that are sophomores and they are still learning.”

Bossier junior running back Kaylan Green scored the Bearkats’ second TD on a 26-yard run. He rushed for 123 yards with most of that coming in the first quarter.

Daniels, a three-year starter, scored the third on a short run.

Moore was impressed with the Bearkats and the job coach Michael Concilio has done over the past two seasons after moving up from Class 3A.

“Instead of complaining and getting down about the hand he’s been dealt over there and having low numbers, he’s gone to work and done a good job with them,” Moore said. “I really like Mike and I told him I would root for him any other night to get in the playoffs except tonight.

“With the kids he has, the limited numbers, so many kids playing both ways trying to play in this district, it’s tough. And then to come out and win four games. That’s a big jump for them. To be sitting here tonight with a legitimate chance at playing next week is huge for them. I think it’s a big, big turn for their program.”

ARCADIA 32, PLAIN DEALING 0: The Plain Dealing Lions fell to the Arcadia Hornets in their final regular-season game at Arcadia.

Plain Dealing closed the regular season 4-6 overall and 2-5 in District 1-1A. The Lions will likely host a first-round Class 1A playoff game Friday.

Arcadia improved to 8-2 overall. The Hornets finished runner-up to undefeated Haynesville in the district.