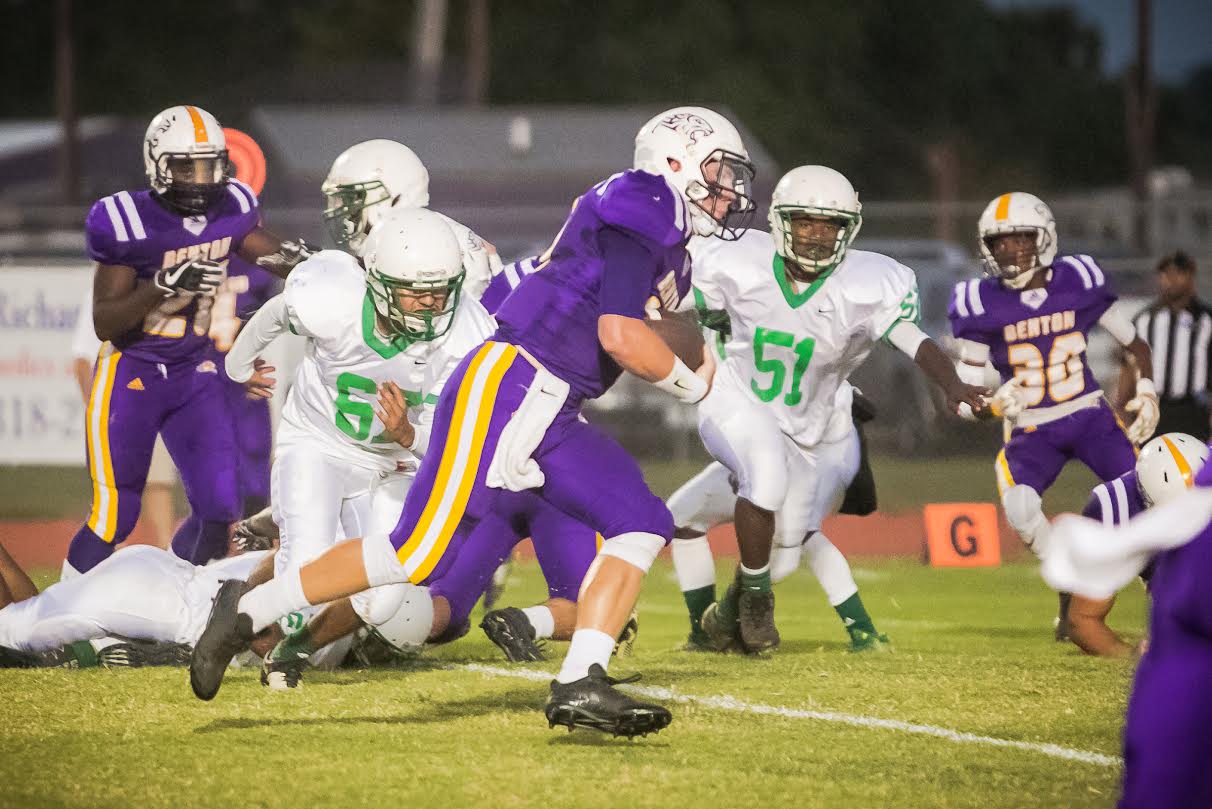 After a bit of a slow start, the Benton Tigers rolled to a 49-6 victory over the Bossier Bearkats in a District 1-4A opener on a homecoming Friday night in Benton.

The Tigers, ranked No. 4 in the Louisiana Sports Writers Association Class 4A poll, improved to 4-0. Bossier dropped to 2-2 with its second straight loss.

Benton senior Garrett Hable completed 11 of 17 passes for 263 yards and three touchdowns with no interceptions. He also ran five times for 39 yards and a score.

Hable has completed 55 of 86 passes for 904 yards and 12 touchdowns with no interceptions this season while playing about 11 quarters. He’s also gone over the 7,000 yards passing in his career with 7,283.

Doyle Adams Jr. had four catches for 88 yards, including a long touchdown. Bubba Osby had three receptions for 59 yards and a TD.

Legend Denler, the second-leading receiver in Bossier Parish, caught just one pass but it went 30 yards for a TD.

Jermaine Newton accounted for 63 total yards and scored a TD. Keldric Moody ran for 54 yards and had one catch for 53 yards. He also scored once.

Bossier played well early. Benton’s first touchdown came on a Hable run with 1:07 left in the first quarter. The Tigers then tacked on three more in the second.

Benton, which has won its four games by an average of 38.8 points, had scored on its first possession in its first three games.

“We started out slow,” Benton Coach Reynolds Moore said. “We had to punt on the first two drives. They came out ready to play and our guys seemed to come out a little bit flat and they took advantage of it. We held them out (of the end zone), though. The defense gave up some first downs but played well. We were kind of flat.

“I don’t want to take anything away from Bossier. They played hard. It took us a long time to get going because of them.”

Jordan Myles kept the Bearkats off the board with an interception late in the first half.

“Our guys fought back,” Moore said. “Our defense stepped up when we needed it. Some big plays there for sure.”

Rico St. Fleur scored Bossier’s TD on a 63-yard run late in the game. He led the Bearkats with 82 yards on nine carries.

Benton hosts Northwood in another 1-4A game Friday. The Falcons (3-1) opened district play with a 63-27 victory over North DeSoto on Friday night.

Northwood has already equalled its win total of last season.

Moore said he hopes the score of the North DeSoto game gets the attention of his players. The Falcons made a statement with the convincing win over the perennial district contender, he said.

“They can see clearly they’re a good football team,” he said. “Hopefully we’ll have a much sharper and more focused week of practice this week.”