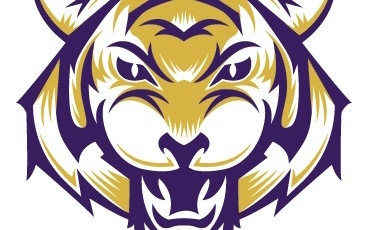 Whether it was the distractions of homecoming week or something else, the Benton Tigers got off to a slow start against the Richwood Rams on Friday night at Tiger Stadium.

But once they got going, the Tigers quickly put some distance between themselves and the visitors from Monroe en route a 41-12 victory.

Benton improved to 3-0 for the second time in three years. Richwood, which ended a 14-game losing streak over three seasons in Week 2, dropped to 1-2.

Zach Halbert put Benton the board first with an interception return for a touchdown. But the Rams got within one late in the first quarter.

The Tigers’ went ahead 21-6 in the second quarter on two touchdown runs by Ethan Johnson and two PATs by RJ Moore.

But Richwood continued to hang around with another touchdown. Benton basically put the game way with two unanswered touchdowns before halftime, grabbing a 35-12 lead.

“It was a sloppy game for us,” Benton Head Coach Reynolds Moore said. “I thought we had some uncharacteristic penalties. But that may just be me feeling like that.”

The Tigers continued to run the ball successfully. Sophomore Greg Manning had his third-straight 100-plus yards game rushing. He gained 118 on 14 carries and scored two touchdowns. Manning also had three receptions for 45 yards and a TD.

“The good thing is we continue to run the ball really well,” Moore said. “I think that’s the trademark of a good football team, that you can run the ball. If you can run the ball, passing’s going to come and go, be inconsistent at best sometimes. That’s kind of the way we were tonight. Weren’t clicking, never went real smooth like it did last week (a 49-40 win over Barbe).”

“I thought Gray made some really good throws late,” Moore said. “We just had a couple of drops. One of them was a touchdown.”

Minus some missed tackles on early big plays by the Rams, Moore was pleased with the way his defense played.

“We made some mistakes then settled in and played well,” he said.

Davis Sellers led the defense with nine tackles and two sacks. He also contributed on special teams with a blocked punt.

Moore wasn’t happy that the Tigers only scored one touchdown in the second half for the second straight week. But a couple of reasons for that, he said, was a clock that seemed to move a bit faster and that Benton backups on both sides of the ball played most of the fourth quarter.

“Overall, you got a win,” he said. “You’ve got to be happy with that. We did some good things but really have to play better to have a chance to compete in District 1-5A for sure.”