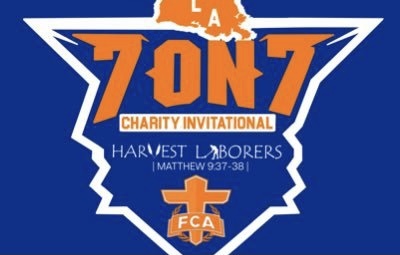 There will be pool play in the morning beginning at 8 followed by a single-elimination tournament starting at 11:15.

This year’s tournament will be a little slimmed down for a couple of reasons.

Because a heat advisory is in place, instead of the usual competition over two days it’s now a one-day event. According to the Weather Channel, the high Saturday is predicted to be 97.

Benton Head Coach Reynolds Moore said at one point 31 teams had committed to play. Now there are 16.

Several teams dropped out over the last month. Two more let Moore know they weren’t coming after he sent out the original schedule Wednesday night.

Moore said the main reason coaches cited for dropping out was their players’ commitments to summer baseball.

“Coaches were calling me saying we don’t have enough players,” he said.

“It is frustrating. At one point we had 31 teams. Most of them dropped out before we had to reschedule (to one day).”

However, Moore said some dropped out due to the schedule change even though they were already committed to playing Saturday in the two-day format.

Regardless, it’s still a high-quality field with fans getting an opportunity to see some of the top athletes in the area preparing for the 2022 season. The games last about 20 minutes and the action, which is virtually all passing, is brisk.

Three other Bossier Parish teams are competing long with Benton — Parkway, Haughton and Bossier. The Bearkats are in the field for the first time.

Byrd and Captain Shreve, which shared the District 1-5A championship last year, are also competing along with 2021 1-4A champion Northwood and runner-up North DeSoto.

Defending District 1-A champion Calvary Baptist, which reached the Division IV semifinals last year and won the state championship in 2020, is playing.

North Caddo, which won a share of the 1-2A championship last year, is competing.

Other teams in the field are Woodlawn, Southwood, Mansfield, Pineville, Avoyelles and Menard.

Avoyelles was a Class 2A semifinalist last year.

Moore started the event in 2015 not just to give teams another summer opportunity to prepare for the season. Proceeds from gate receipts go to a local charity or individuals in need. Admission is $5.

This year the recipient is the Hub Ministry’s Rise Up and Roast project.

“They’re coordinating with Rhino Coffee to be able to package it and sell it, and eventually they’re going to work their way to where they have a coffee truck that they can take around,” Moore said. “It supplies employment for them. And some of the men who are graduating from the Hub program are going to be taught how to service the trucks so they have jobs too.”

According to their website, “The Hub is a 501c3 non-profit in Shreveport, Louisiana that is on a mission to give everyone in our city access to a restored life.  We do that through our two main ministries: The Lovewell Center- serving those in poverty and homelessness, and Purchased: Not for Sale- serving women and children experiencing sexual exploitation and/or human trafficking.”

For more information on the Hub Ministry, go to thehubministry.org.