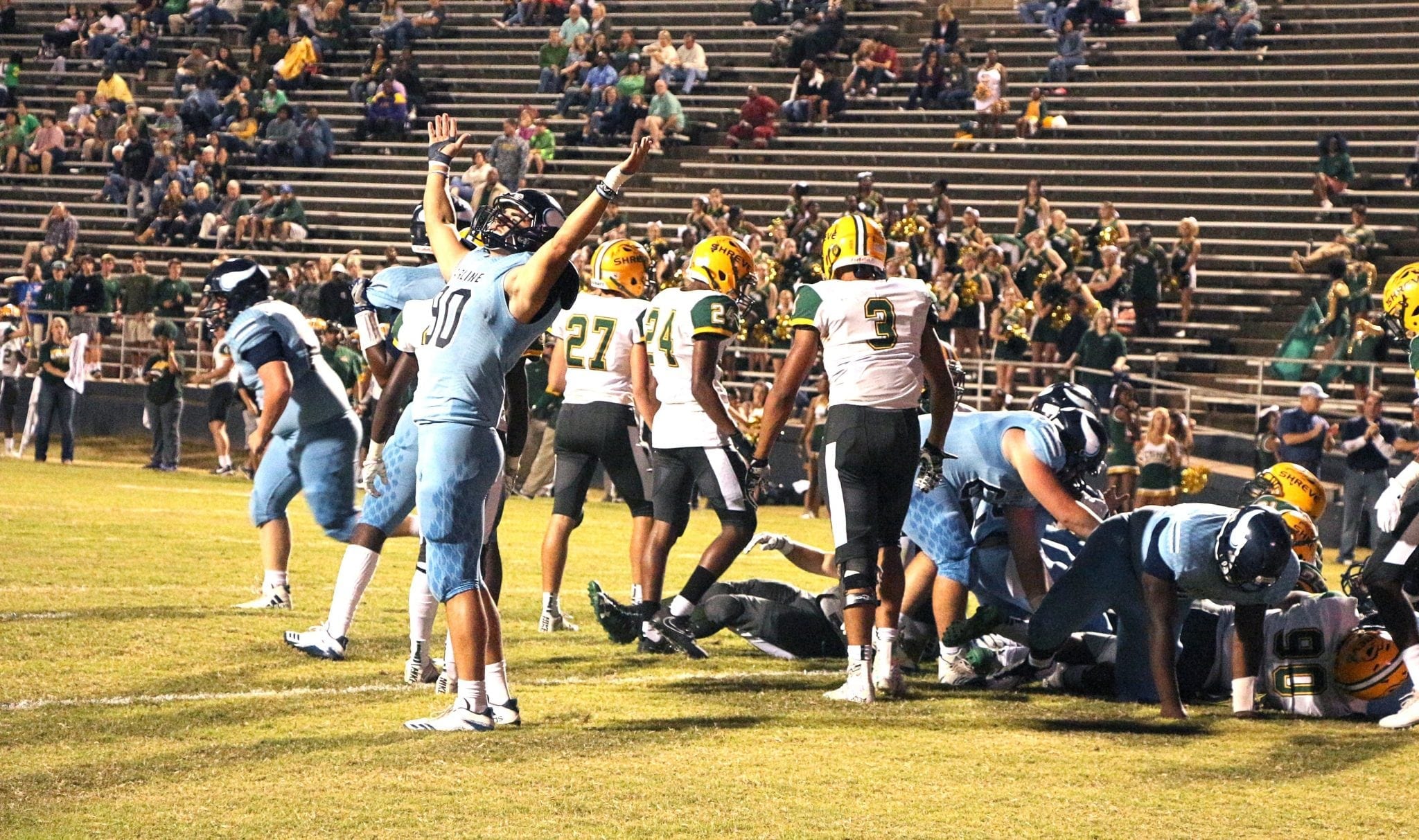 Airline improved to 5-3 overall and 2-2 in District 1-5A. The Vikings have virtually clinched a playoff berth and could host a first-round game with wins in their final two regular-season games.

“It was a grind tonight, but they’re always good wins, especially in district and especially this time of year just battling for playoff position,” Airline coach Bo Meeks said. “Just really pleased to get a win tonight. Really proud of our staff and our kids.”

Captain Shreve dropped to 3-5 and 0-4 with its fifth straight loss.

The game wasn’t decided until Airline’s Brian Marshall intercepted a Lucas Grubb pass with 3:09 left. The Vikings picked up one first down and were able to run out the clock.

Marshall’s interception was just one of several big plays turned in by the defense.

“I was really pleased with the defense in the first half and then making the plays they needed to make in the second half — big goalline stand, big interception, fumble return — just proud of the way those guys played and helped pull us through,” Meeks said.

After Shreve cut Airline’s 14-0 halftime lead to 14-7, the Vikings kept the Gators out of the end zone after Shreve had first-and-goal at the 5. Shreve’s D.J. Fleming, who lined up in the wildcat formation, was stopped about a half-inch short of the goalline on fourth down.

The Vikings advanced to their 46 behind the running of Cameron “JoJo” Davis before having to punt.

“That was a big drive,” Meeks said “I was really pleased the way we got it out. We’re really happy we got it out and created some separation there and ate some clock.”

All three of Airline’s TDs came after bad snaps. Darrell Evans scooped up one and went 24 yards to give the Vikings a 21-7 lead with 10:21 left in the game.

Airline went 32 yards for its first TD after recovering a bad shotgun snap. The Vikings executed a double pass with Davis on the receiving end at the 7.

Davis (97 yards, 14 carries) scored from the 1 on fourth down with 3:10 left in the half. On Shreve’s next possession, the Gators snapped the ball over the punter’s head, giving the Vikings a first down at the Shreve 21.

On the next play, Jordan Gladney hit Antavious Freeman in the end zone near the left sideline for a touchdown. Jackson Tinkis’ second PAT made it 14-0 with 53 seconds left in the half.

Gladney was making his second start in place of injured Brad Fream. He put the ball in the air sparingly, completing six of nine passes for 74 yards.

Shreve mainly ran the ball, utilizing Fleming and standout James Ivory III (135 yards, 23 carries), in the first half. The Gators had more success when they spread the field in the second half. Grubb connected with Stephen Smith for two TDs.

“They took the air out of the ball in the first half,” Meeks said. “We didn’t have a lot of opportunities and didn’t execute very well. We were lucky to get a couple there before the half and give us a little breathing room.

“Shreve did a great job and had a great plan and executed it well and we didn’t execute well at times. Very fortunate to come out with a win.”