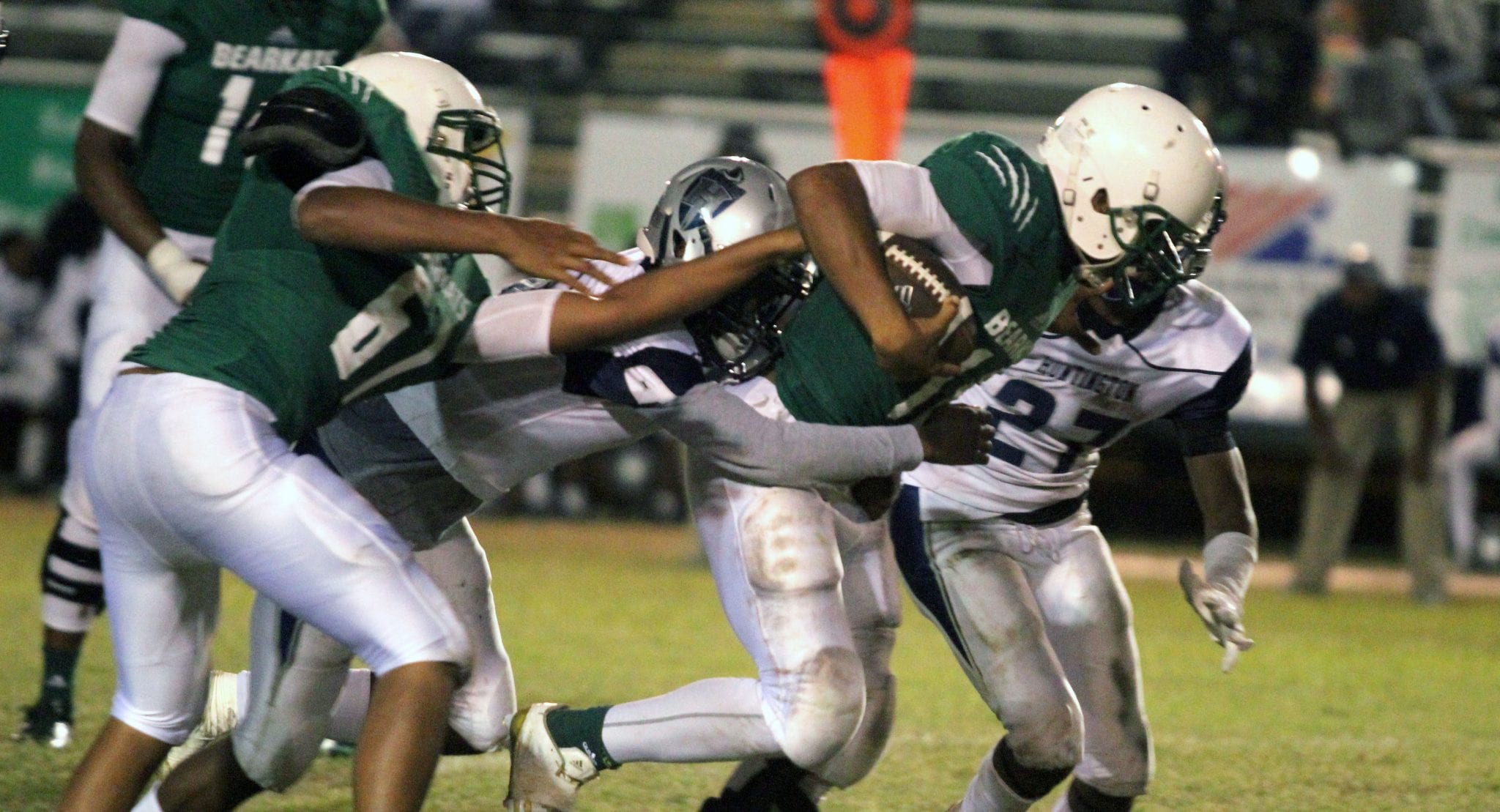 The Bossier Bearkats jumped out to a big early lead and then held on to defeat the Huntington Raiders 28-21 in a District 1-4A contest on Senior Night at Memorial Stadium.

Bossier improved to 4-5 overall and 2-4 in district. The Bearkats close the regular season at Benton (7-2, 4-2) this Friday. The Tigers knocked off Northwood 42-20 Friday night.

Bossier came into the game ranked No. 37 in the Class 4A power rankings. The top 32 teams generally make the playoffs. An upset over Benton could be enough to propel the Bearkats into the top 32.

Bossier’s four wins equal the Bearkats’ total in the past three seasons combined.

Bossier moved up to Class 4A from 3A last season, and coach Michael Concilio believes district wins over Northwood and Huntington show the program is moving in the right directory. The Bearkats also lost to Woodlawn, which is playing Minden for the district championship this Friday, by just 24-20.

“They’re a very athletic team,” Concilio said of Huntington. “They played Fair Park tough. They played all these teams tough. For us to win this game says a lot.”

Bossier had two big fumble recoveries in the second half.

The first, by Kendall Dotson, set up the Bearkats’ final touchdown with 8:30 left in the third quarter, a 2-yard run by Kalan Green. Daniel Moore’s two-point conversion run gave Bossier a 28-7 lead.

Huntington answered with a score, but the PAT failed. The Raiders then recovered an onside kick and capitalized with a TD on a great 33-yard run. They scored the two-point conversion, and all of a sudden it was a 28-21 game with 9:15 left to play.

Bossier put together a good drive but it stalled. The Raiders took over and drove to the Bearkats 20 with 5:30 left. A holding penalty pushed Huntington back.

Then Reginald Burns recovered a fumble by the Huntington quarterback at the 14. Still, it wasn’t over.

The Bearkats couldn’t get a first down. With just over a minute left, 6-foot-3 punter Kevin Bonapart went up to get a high snap. It looked like the Raiders were in position to block the punt so Bonapart took off around left end and picked up the first down.

Bossier was then able to run out the clock.

“We had some breakdowns there for a period of time,” Concilio said. “Thank God, the ball, it fell our way toward the end of the game. In the past, coming into this week, some things have happened like that haven’t necessarily gone our way. We got a couple of breaks there.

“That punt situation was not planned. Bonapart ends up pulling the ball down and getting a first down.”

Green and quarterback Keimun Daniels both had big games.