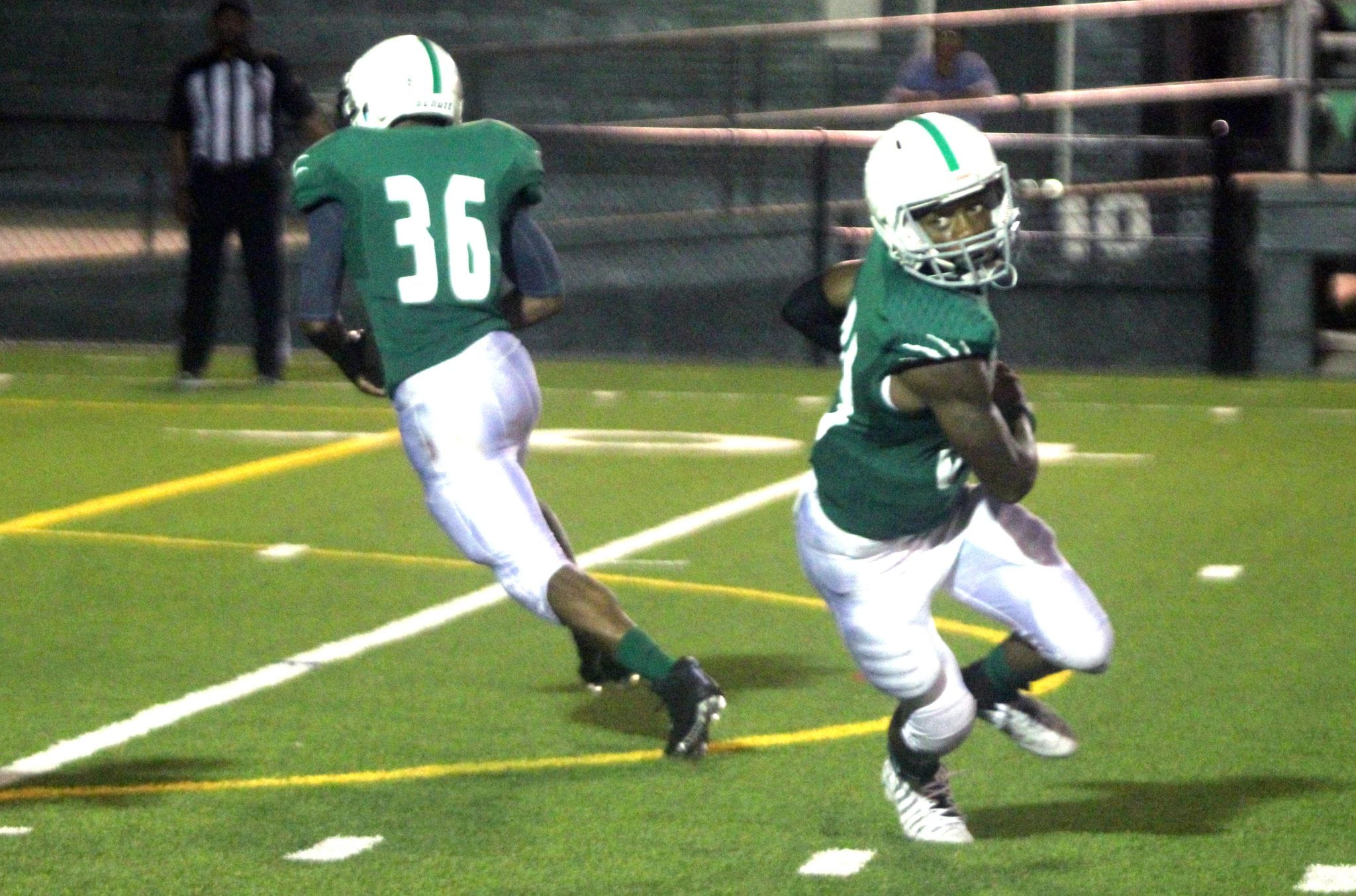 Despite what coach Michael Concilio called a “sloppy performance,” the Bossier Bearkats opened the season with a 47-20 rout of the Madison Jaguars on Friday at Memorial Stadium.

The game was the first on Memorial’s artificial turf field installed during the summer.

“A win is a win,” Concilio said. “We’ll take it any way we can get it. It was a sloppy performance for us. Lot of penalties. We had some sloppy issues offensively I’m not really happy with. Like I told the guys. We won the football game. We’ve just got some things we’re going to need to work on. I hope we can somehow get this cleaned up before we get to next Friday.”

The Bearkats, who snapped an eight-game losing streak dating back to the third game last season, visit North Caddo on Friday. The Rebels lost their opener to Northwood 49-0.

It didn’t take Bossier long to get on the board against Madison, a Class 3A school that brought few fans from Tallulah. Daniel Moore returned the opening kickoff 81 yards.

After the Bossier defense recorded a safety, it was Rico St. Fluer’s turn. He took the kickoff 60 yards for a TD, giving the Bearkats a quick 14-0 lead.

“I’d venture to say we spent two hours over a week’s time just on special teams,” he said. “It paid off and thank God it did because our offense wasn’t clicking.”

The Bearkats only had to drive 19 yards for their fourth TD, a 6-yard scamper by sophomore Sentavion Burns, who rushed for a team-high 95 yards on 10 carries.

Roderick Francis set up the Bearkats’ first touchdown of the second half with a 46-yard run. Moore went in from 6 yards out. Francis finished with 73 yards on just four carries.

Michael Green, who had 44 yards on five carries, scored the final two TDs on runs of 4 and 5 yards. The former capped a 66-yard drive that took only five plays. The latter was set up by a fumble recovery at the Madison 19.

The Jaguars didn’t score until Bossier led 35-0. The Bearkats extended the lead to 47-6 early in the fourth quarter. Madison scored a couple of late TDs against Bossier subs.

Both teams were plagued by penalties. Madison had one TD called back and another big play erased in the third quarter.

Bossier had 277 yards on the ground. St. Fluer kicked three PATs and rushed for 42 yards on six carries.