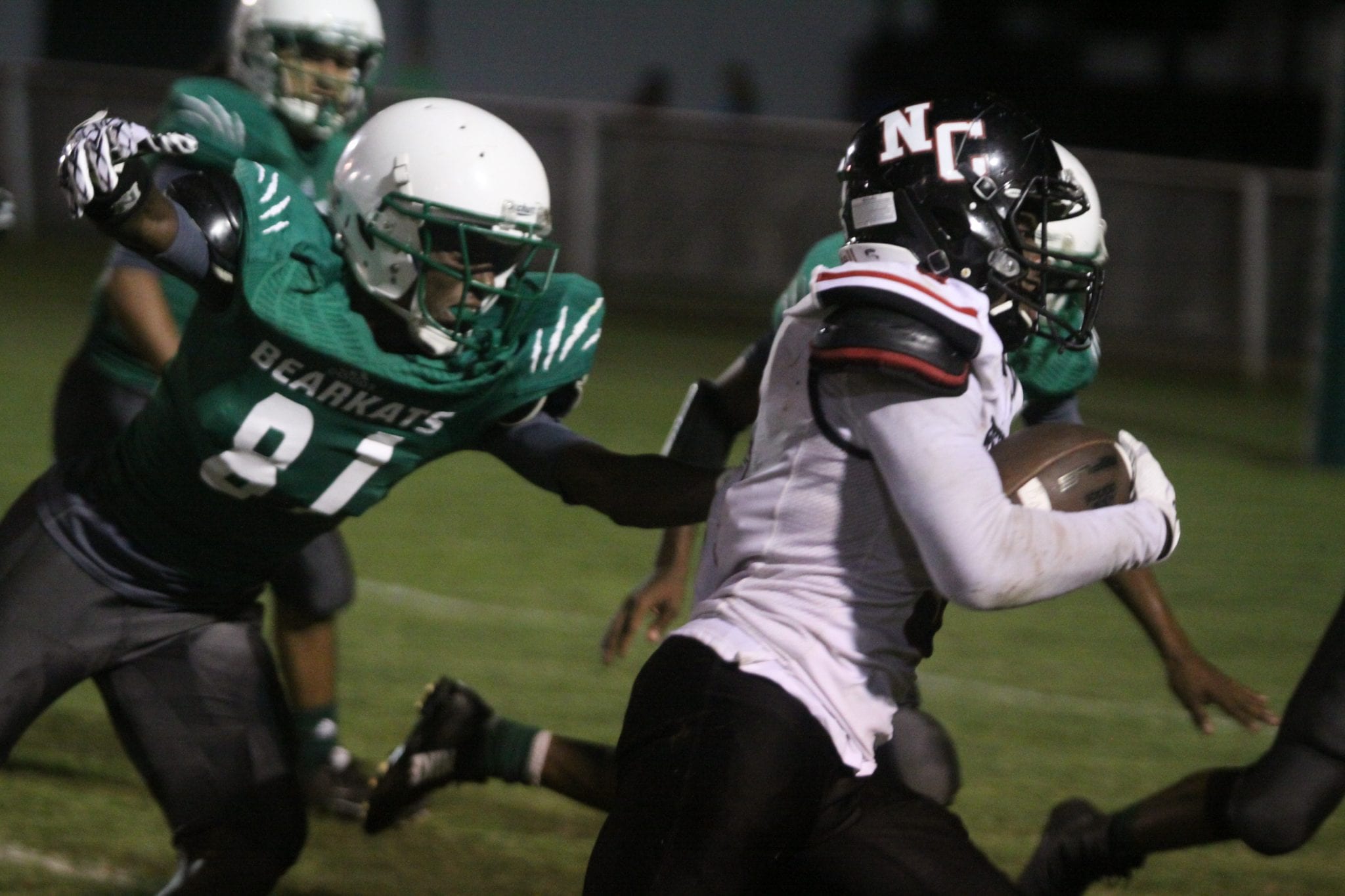 Quarterback Isaiah Wallace-Blair scored with 4:02 seconds left to break a tie and lift the Bossier Bearkats to a 47-41 victory over the North Caddo Rebels on Friday night in Bossier’s home opener at Memorial Stadium.

Bossier improved to 2-0 for the third straight year. North Caddo, which lost its opener 77-7 to Northwood, dropped to 0-2.

Michael Green had a huge game for Bossier, rushing for 205 yards on 25 carries and scoring three touchdowns.

The Bearkats rolled up 436 yards, including 381 on the ground.

Wallace-Blair scored three touchdowns and a two-point conversion. He finished with 46 yards and completed his only pass attempt for 55 yards to James Davis.

Decamerion Richardson scored one TD for the Bearkats.

The game was close all the way.

Bossier led 14-7 at the end of the first quarter but North Caddo rallied for a 21-20 halftime lead.

The Bearkats appeared to take control in the third quarter, scoring two straight TDs for a 33-21 lead. The Rebels answered with two of their own and led 34-33 early in the fourth,

Bossier scored a TD and two-point conversion to go back ahead 41-34 with 8:16 left in the game. North Caddo responded with a TD to tie it with 5:49 remaining.

The Bearkats then drove 61 yards in four plays for the winning score.

North Caddo had a final chance to tie or win, but the Bossier defense came up with a stop to preserve the victory.

Bossier visits defending Class 1A state champion Logansport Friday. The Tigers (2-0) defeated Lakeview 42-0 Friday night for their 16th straight win. One of those was a 43-39 victory over Bossier in Week 3 last season, their closest game during the streak.