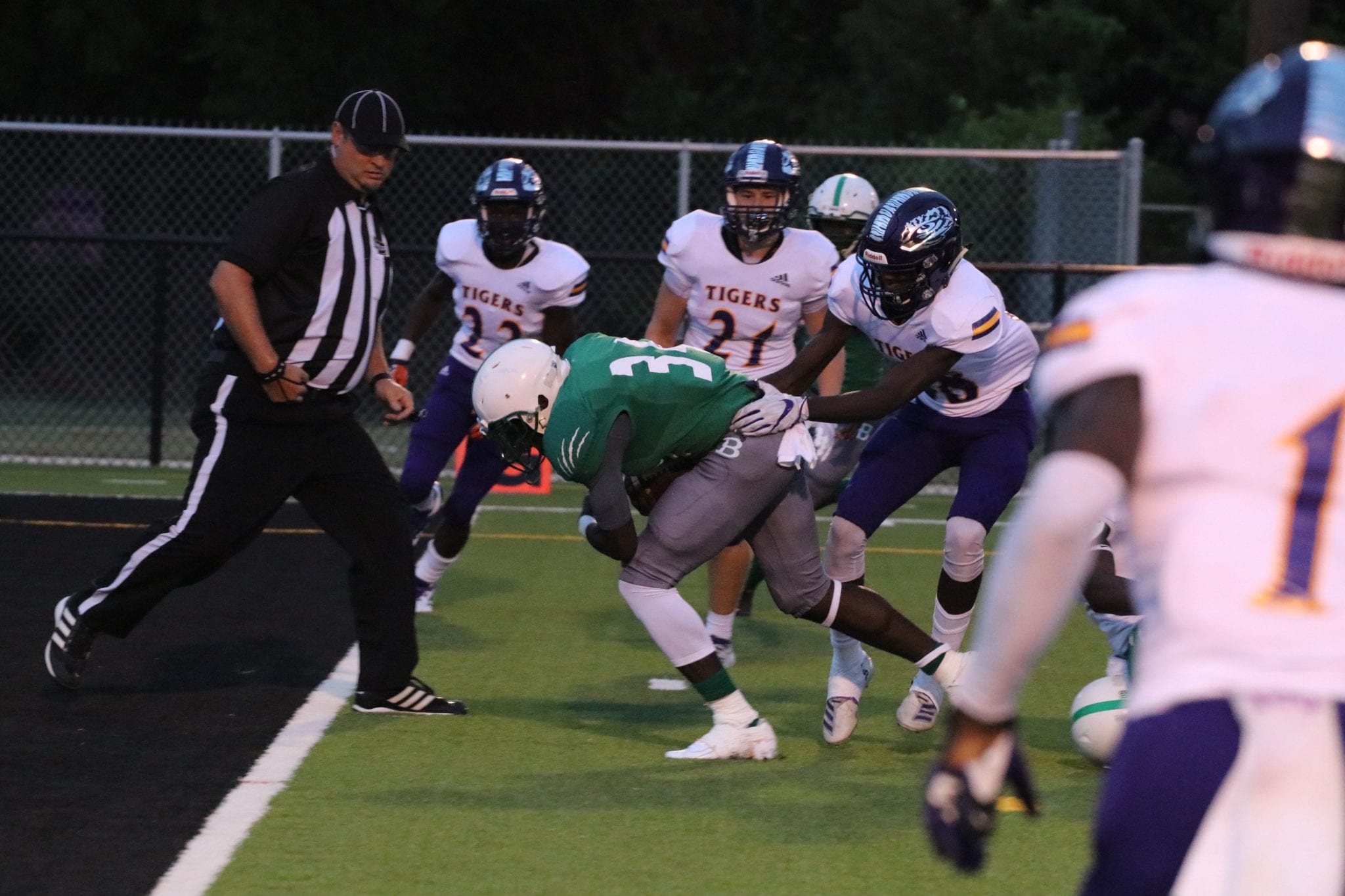 For the first time in four years, the Bossier Bearkats are 3-0.

Bossier held off the Logansport Tigers 48-40 Friday night it its home opener at Memorial Stadium,

The Bearkats led 34-14 after three quarters and then withstood a charge by the Tigers (0-3) in a fourth quarter that saw the teams combine for 40 points.

After the Tigers got within nine, Decamerion Richardson sprinted 60 yards for a touchdown. Diego Lopez’s PAT put the Bearkats on top 48-32 with 2:34 left.

Logansport quickly scored and made the two-point conversion to cut the lead to eight.

The Tigers recovered the onside kick and advanced to a first-and-goal. But the Bossier defense stopped them short of the goalline on fourth down with seconds remaining, preserving the victory.

Bossier also had a big defensive stand right before the half. The Bearkats stopped the Tigers on fourth-and-1 at the Bossier 29 in the third quarter.

Special teams breakdowns aided Logansport’s fourth-quarter rally. The Bearkats were unable to recover the onside kick and lost a fumble on a punt return.

Bossier turned the ball over six times in the game. In past years, that probably would have resulted in a big loss for the Bearkats.

Not this time, though.

The Bearkats’ Wing-T rolled up 550 total yards, including 440 on the ground. Bossier set the tone early, driving 80 yards in 11 plays for a touchdown on its first possession.

Richardson had his third straight game of more than 200 yards, gaining 205 on 16 carries.

He scored touchdowns on runs of 41 and 39 yards in addition to his 60-yard TD. He also caught a 68-yard touchdown pass from Coleman Beeson.

Davis also had a 34-yard punt and kickoff return.

Sentavion Burns gained 76 yards on six carries, including a 50-yard run in the first half that set up a touchdown. He also had a big defensive play in the first half, sacking the quarterback to force a turnover on downs.

“We were just pretty much running whatever we needed to and wanted to,” Concilio said. “They came out  in the second half and they made some adjustments to some things we were having success on. We didn’t have anything to counteract that. They kept the gas pedal down, kept putting pressure on us. That’s why they ended up closing the gap there.”

Concilio was disappointed in the turnovers and even moreso in the special teams breakdowns.

“We work really hard on our special teams every week,” he said. “We told the team it was going to come down to do with turnovers or special teams.”

But the win was satisfying. Logansport has become one of the state’s best Class 1A programs under head coach Kevin Magee.

“I still think they’re a good football team,” said Concilio, who predicted the Tigers will finish the regular season with at least five or six wins.