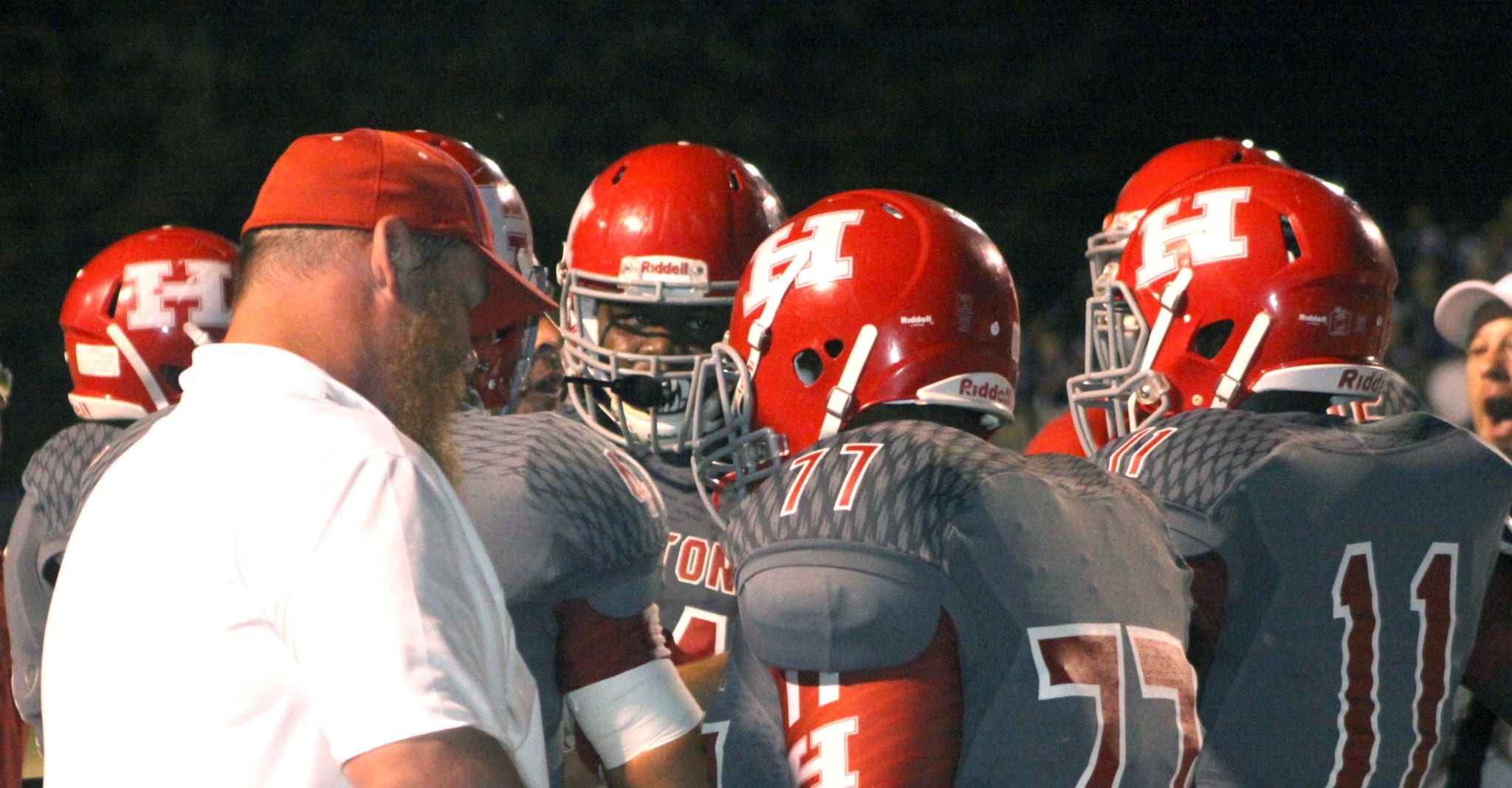 The Bucs by no means took the Jackets lightly. But in the end, Byrd used a strong defensive effort and ball-control offense to defeat Haughton 27-14 in a District 1-5A game at Harold E. Harlan Stadium.

In most of Byrd’s previous games, the Jackets turned the ball over several times. Against Haughton, they turned it over just twice.

“They’re not the typical Byrd team, not as talented as they’ve been,” Brotherton said. “But they turn the ball over so much. When you’re fumbling it five, six seven times a game it’s hard to beat anybody. They didn’t do that tonight. I think we got one. It was late in the game. They got a lot of their problems corrected and it showed.

“They did a good job of controlling the ball. We didn’t have a whole lot of chances. When they’re able to limit the amount of possessions you have you’ve got to make them all count. We just didn’t do that.”

Haughton didn’t get a first down in the second half until its final possession when they scored a late touchdown.

“They did a great job smothering us,” Brotherton said. “We dropped a bunch of passes. I will say that. They did a great job defensively. We just couldn’t ever get anything going or get in any kind of rhythm. That’s a testament to them. They do a good job over there.”

The Bucs only had one turnover, a tipped pass a Byrd lineman returned a short distance for a touchdown in the fourth quarter. It came right after Haughton recovered a fumble.

Byrd finished with 187 total yards — all on the ground — to Haughton’s 246, according to Haughton stats.

Haughton lost speedy wide receiver Josh Lister in the first quarter. He was ejected from the game after receiving a penalty.

Brotherton said much of the Bucs’ gameplan revolved around Lister.

“We had some things we thought we could take advantage of with him,” he said. “That’s not an excuse. But that did deal us a big blow early on. Just emotionally, for the kids that’s kind of a big letdown. They know he’s our playmaker.”

Haughton took a 7-3 lead on a 23-yard pass from Pryce Curry to Emile Cola midway through the second quarter. That’s the way it stood at the half.

Byrd took the lead for good with a touchdown with 1:43 left in the third quarter. Then the Jackets got two more points when Haughton was called for holding in the end zone.

Still, it was just a five-point game going into the fourth. Byrd extended the lead with a short TD run with 8:42 left and followed that with the interception for a touchdown.

Haughton’s Lavonta Gipson scored on a 1-yard run with 1:06 left.

Curry completed 17 of 30 passes for 170 yards and led the Bucs on the ground with 43 yards on six carries. Cola had seven catches for 76 yards, and Kynan Hayes had six for 41. Mason Cordell had two for 31.

Smith had an interception.