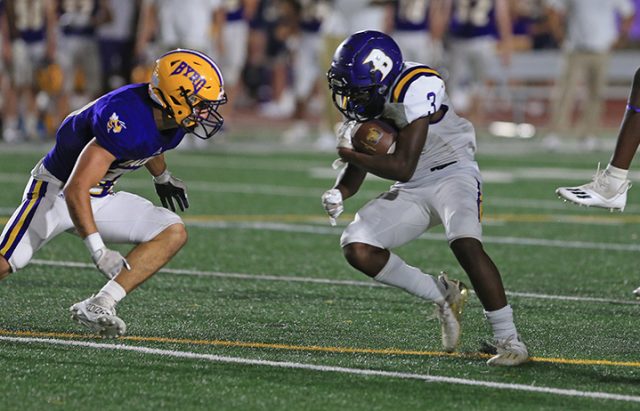 Benton joined a list of five other teams that have tried and failed to stop Byrd’s veer option offense this season. The only one that did — the Natchitoches Central Chiefs — handed the Jackets their only loss.

The Jackets rushed for 421 yards against Benton after gaining 512 against Parkway in Week 6, per stats kept by the Byrd radio crew. That’s 933 in two games.

The Tigers were simply too far behind to make a game of it late like they did in the 48-35 loss to Shreve. Plus, the Yellow Jackets can eat large chunks off the clock with their relentless ground game when they’re not breaking off long runs.

Benton sophomore continued to show why he’s one of the area’s best backs. Per Byrd radio stats, he rushed for 138 yards on 19 carries, an average of 7.2 yards per carry, and scored on a 5-yard run. Manning had 81 yards in the first half before the game was out of reach.

Benton junior quarterback Gray Walters is among several Tigers battling injuries, not unusual for any team at this point of the season. He didn’t have his best game statistically, but he turned in a gutsy performance.

It looked Walters’ night might be over after he was hurt on the final play of the first half at the end of a run. But he came back in the second half, scored on a 10-yard run and hit Pearce Russell with a couple of nice passes, including a 52-yarder, all while visibly limping between plays.

Like Manning, Russell continued his outstanding season, catching four passes for 133 yards. One of those was from backup Jeffrey King, played the game’s final six minutes along with several other second-team players from both teams.

According to GeauxPreps.com, the Tigers are No. 13 in the Class 5A power rankings. Of course, that could change after Friday night’s results. The top 16 in the final rankings host first-round playoff games.