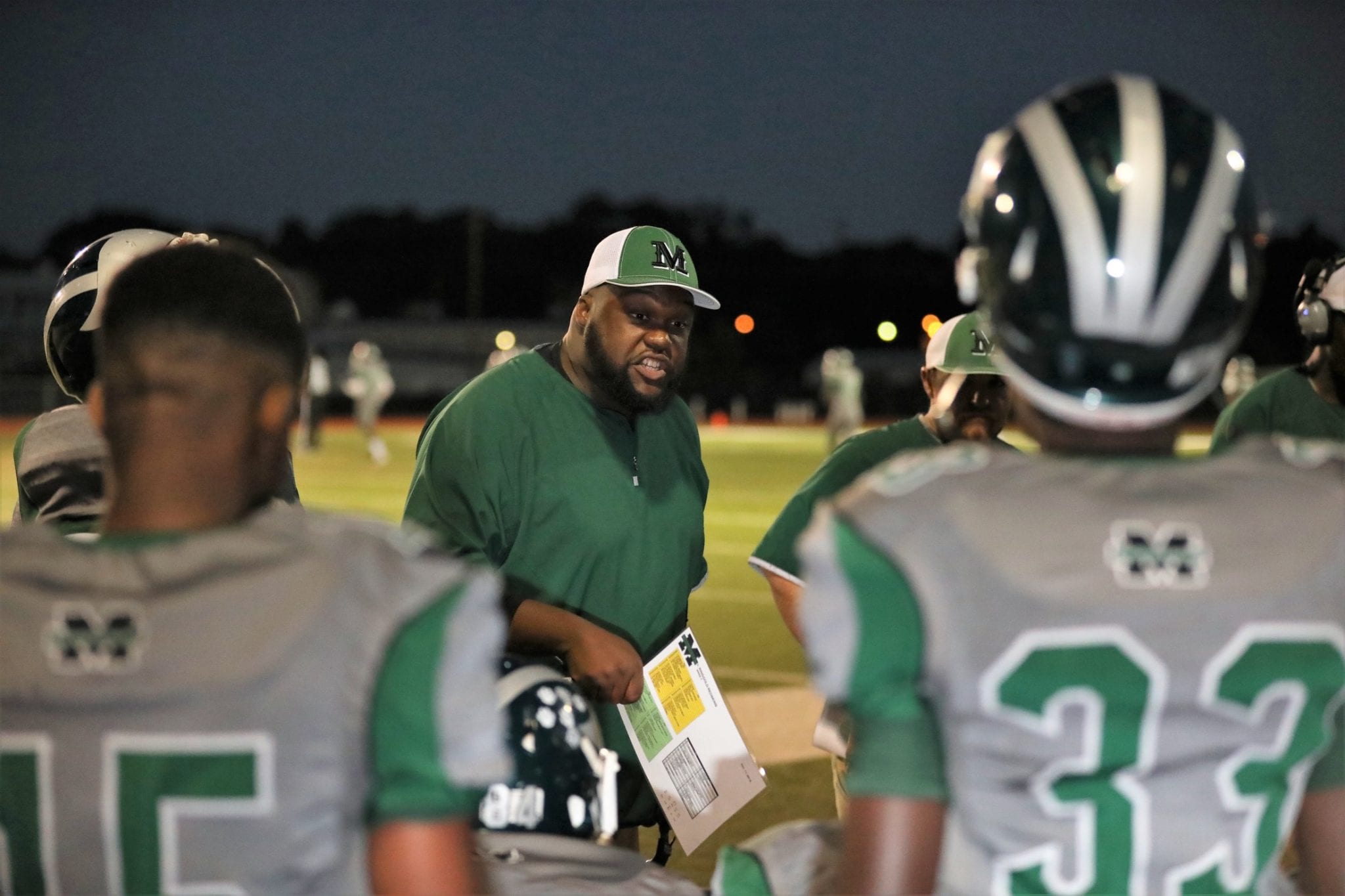 He replaces James Thurman, who stepped down after five seasons and is now an assistant football and head track coach at Red River.

“We are excited to give Coach Wilson his first head football coaching job,” Isebaert wrote in a text message. “Coach Wilson has worked under some great coaches and this experience will serve him well as he builds up our program. His enthusiasm and high expectations are exactly what we need at this time. We are looking forward to many successful years under his leadership.”

In a post on his Facebook page Friday, Wilson wrote that “a dream I have worked for since I was 8 years old came to pass today.”

“I’m blessed,” he said in a phone interview. “I’ve been in the mix for a bunch of different jobs in the past few years and nothing’s really broken through. Everything about this opportunity felt good.

“I felt really confident going in. I felt like I had a good shot. I’m just blessed with the opportunity to go in with this community and those kids. Not necessarily to build on the foundation that Coach Coy) Brotherton and Coach Thurman has left — I don’t look at this job as a rebuilder — just want to come in and put my spin on it and do my best for these kids.”

Wilson is a graduate of Byrd and Southern University. An injury cut his high school playing career short, but he stayed close to the game at first by keeping statistics at Byrd.

“I sat my senior year and just became a student but ever since then all through college I followed the game and aligned myself with coaches in the area down in Baton Rouge,” he said. “It’s been a long process getting to this point.”

Before his tenure at Mansfield, Wilson had stints as an assistant coach at Green Oaks, Fair Park and Booker T. Washington. He served as offensive coordinator under former Airline coach Mike Greene at Fair Park and then BTW after the schools merged.

He said he learned a lot coaching under both Mike Green at Mansfield and Greene at Fair Park at BTW.

“He’s given me power and he’s held my hand along the way,” Wilson said of Mansfield’s Green.

When Mike Greene took a leave of absence to take care of his sick father at BTW, Wilson said Greene basically turned the program over to him.

“That’s when I really cut my teeth on building a program, trying to put things in place,” he said. “It didn’t turn out the way I wanted it to in the end but everything happens for a reason.”

“I’ve been so blessed these past 11 years to work under some amazing men and they have prepared me for this opportunity,” he wrote. “I wouldn’t be here with Mike Green and the Mansfield Wolverines. I’m so grateful for the Wolverines. Mike Greene and Curtis Evans and Steve Dennis . . . I’ ready to stand on the shoulders of these great mentors and attack the task. Thank you to all my friends and family who have supported me, lifted me up, poured love and patience into me.”

Wilson is taking over a Plain Dealing program coming off a 5-6 season. He knows he will face a challenge that both Brotherton and Thurman faced and that’s getting enough players to come out for football.

“I’m going to get out in the community,” he said.  “I’m going to be visible. I’m already making plans to be at graduation. I’m meeting with the principal Monday. Really just starting to get out there and getting around and letting people put a face with the name and start getting with some of the kids that are coming back. Get those kids on my side. A lot of times the kids do the recruiting for you. They’ve already heard from me. They get excited about me coming on and hopefully we can grow those numbers from 20 to 30.”

Wilson, who has a 6-year-old daughter, Camryn, spent much of Friday morning on his phone accepting congratulations.

“I forgot to feed my daughter this morning,” he said with a laugh. “I’ve been sitting outside fielding phone calls. The phone’s  been ringing off the hook. She’s like, dad, I’m hungry. So I had to go in and slow down to make sure my baby ate.”

Based on responses on social media, Wilson’s hire is a popular one.

“My Brother @MrCoachWilson I’m so happy for him,” Grace King head coach Chadwick Lewis wrote. “He and I have had many long talks about his dream and for him to have achieved this dream is such a blessing. I may not be in Shreveport with him to celebrate but I will toast one up for him tonight!!! Congratulations my brother!!!”

On Facebook, Wilson’s announcement had more than 300 likes and 60 comments early Friday afternoon.

“I’m ready to hit the ground running,” he said. “And I just want to make those people who have believed in me throughout the years. I want to make them proud. Not only them but I want to give the Plain Dealing community something to be proud of and get those numbers back out there and let’s build it up right.”