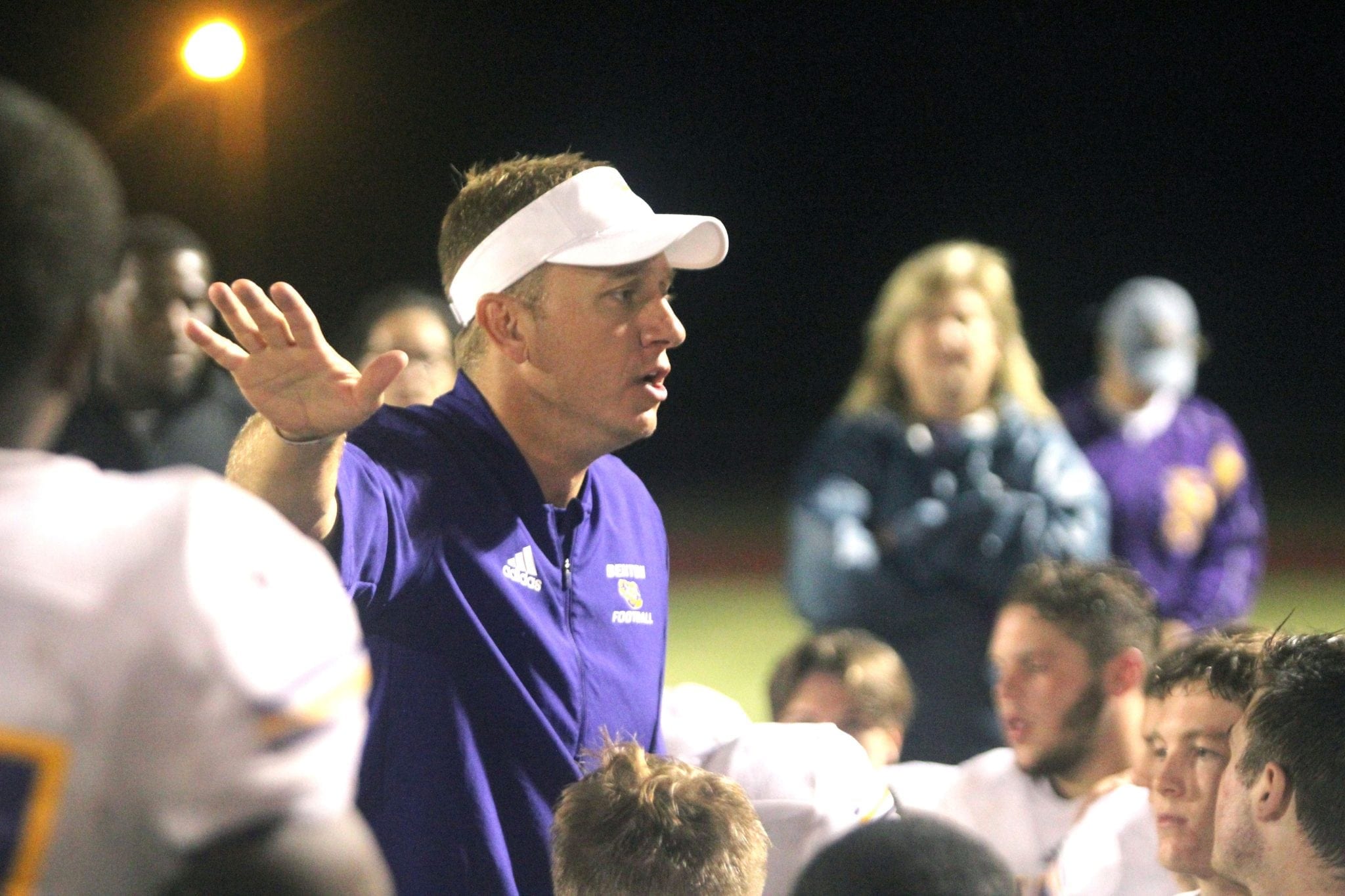 When Coy Brotherhood became the head football coach at Parkway in December, he knew there would be some challenges.

But he obviously could never foresee the kind of challenge he’s facing now. And that goes for the other coaches in the parish and throughout the state whether it’s a coach like Brotherton in his first year at a school or a coach like Benton’s Reynolds Moore entering his eighth season.

While most of the attention has been focused on the affect the COVID-19 pandemic has had on spring sports — and rightly so — football has also felt the impact.

Spring practice for most schools is officially supposed to start April 27, according to the LHSAA calendar. But that obviously won’t happen with Gov. John Bel Edwards’ stay-at-home order extended through the end of April.

Brotherton, who accepted the Parkway job in mid-December and started in early January, isn’t extremely worried right now about how the measures to stop the spread of COVID-19 will affect the 2020 season, which is set to start Sept. 4. But he is concerned.

Many football players in the parish would be playing baseball or competing in track and field now. But those seasons have been suspended since the schools closed March 16.

Brotherton is at a bit of a disadvantage having been on the job for just a few months. He doesn’t have all of his players’ contact information yet.

Still, he’s been reaching out to the ones he can through Hudl sites and messaging apps.

“Mainly my message to them every week is just stay safe and be smart,” he said. “And I miss it, and I’m sure they do too.”

Moore has also been keeping in touch with his players. He’s using the time to get them up to speed on some new things he and his assistants are looking to install on both sides of the ball.

“Coach (Scott) Reeder has been posting workouts for them to do on Monday through Friday and then we’ve been meeting via Zoom with our defensive guys on Tuesday and offensive guys on Thursdays,” he said. “We try to keep it under an hour. We’ve gone over a couple of times.”

Moore doesn’t have any problem getting in touch with one of his players. His son RJ is the Tigers’ placekicker. Since students aren’t allowed on school property, Moore brought the kicking net home.

“He’s kicking out in the yard, making the most of it,” Moore said.

RJ is one of Moore’s three teenage children. He knows they — and his players — are getting cabin fever.

“They’re all getting bored,” he said. “And they all want to go out and do stuff. We’re just trying to encourage our guys to not, to stay home. Because now with the uncertainty of the end of the school year, I’m worried about football season.”

As the athletic director, Moore is also concerned about the Tigers’ spring sports athletes regardless of whether they’re football players.

“I hate it for our baseball guys, our softball girls,” he said. “Both our teams had caught hot streaks. Our boys track had won that first meet. Girls basketball won a championship and we haven’t been able to see them since then. We were in spring break.”

As for his football players, Moore said one of the main things is just checking in with them to see how they’re doing. He said many of them have shared their concerns with him about the status of spring practice and summer workouts.

“You’re just kind of checking on them and making sure they’re OK. … We want them to be prepared mentally and physically when the time comes. It’s just so crazy that we’re dealing with this right now.”

Neither Brotherton nor Moore believes that missing out on spring practice is a big problem. In past years, some key players for both Benton and Parkway have missed at least half of spring practice because of deep playoff runs by the baseball teams.

“That’s not that big of a deal to lose spring football,” Brotherton said. “I would’ve liked to have gotten out there so the kids could see how things will be operated, I guess.”

Under LHSAA rules, teams can elect to not have spring practice and start fall practice a week early. Benton has done that a few times.

Moore believes that all schools will start a week early now. The only problem with that, he said, is how hot it is in early August. When Benton did get the early starts, the Tigers only used four of their five days because of the heat.

Brotherton has two young children, Blair, 6, and Brooks, 3, so he and his wife have stayed busy.

“We’ve been outside a lot,” he said. “We ride the bikes, go on walks. We do all kinds of little a activities that have kept us busy which is good.”

On Wednesday, he mowed the field at Preston Crownover Stadium/Bobby Marlow Field.

The main thing he, and basically every coach, would like to know is a date when the official countdown to the 2020 season can start. In normal times, teams would start summer workouts, including 7-on-7 games, after spring practice. Then fall practice would officially begin in mid-August.

But these, of course, are not normal times. And Brotherton knows it may be awhile before he gets an answer.

“We have a lot of stuff to do we want to do,” he said. “But when the season does get here we may not have time to do that. We’re going to have to jump right into the season.”

Moore has also stayed busy since the schools closed. He said he’s become something of a Zoom expert, using it for everything from school to church to keeping his kids in contact with their grandparents.

“He offered me the opportunity to help with some guys right before we were officially quarantined,” Moore said. “I helped with a couple of guys and now I’m training a couple over video.”

Moore said what he misses most now is seeing his players at school, something he took for granted.

He also knows football is not the No. 1 thing on people’s minds at the moment. Stopping the spread of the virus and the safety and health of everyone are paramount.

“But for our guys, for a lot of them that’s their future,” he said of football. “That’s what they’re worried about. That goes for all of the schools around the parish and around the state and around the country.

“As much as I love coaching, I love being around the guys. That’s part of what I love the most about it. I think I just assumed I would always have that until I decided to retire, until I decided to walk away from it. And now we don’t. And that just makes it really tough. For me, that’s the perspective I’ve gotten and I will certainly do a better job of not taking it for granted.”