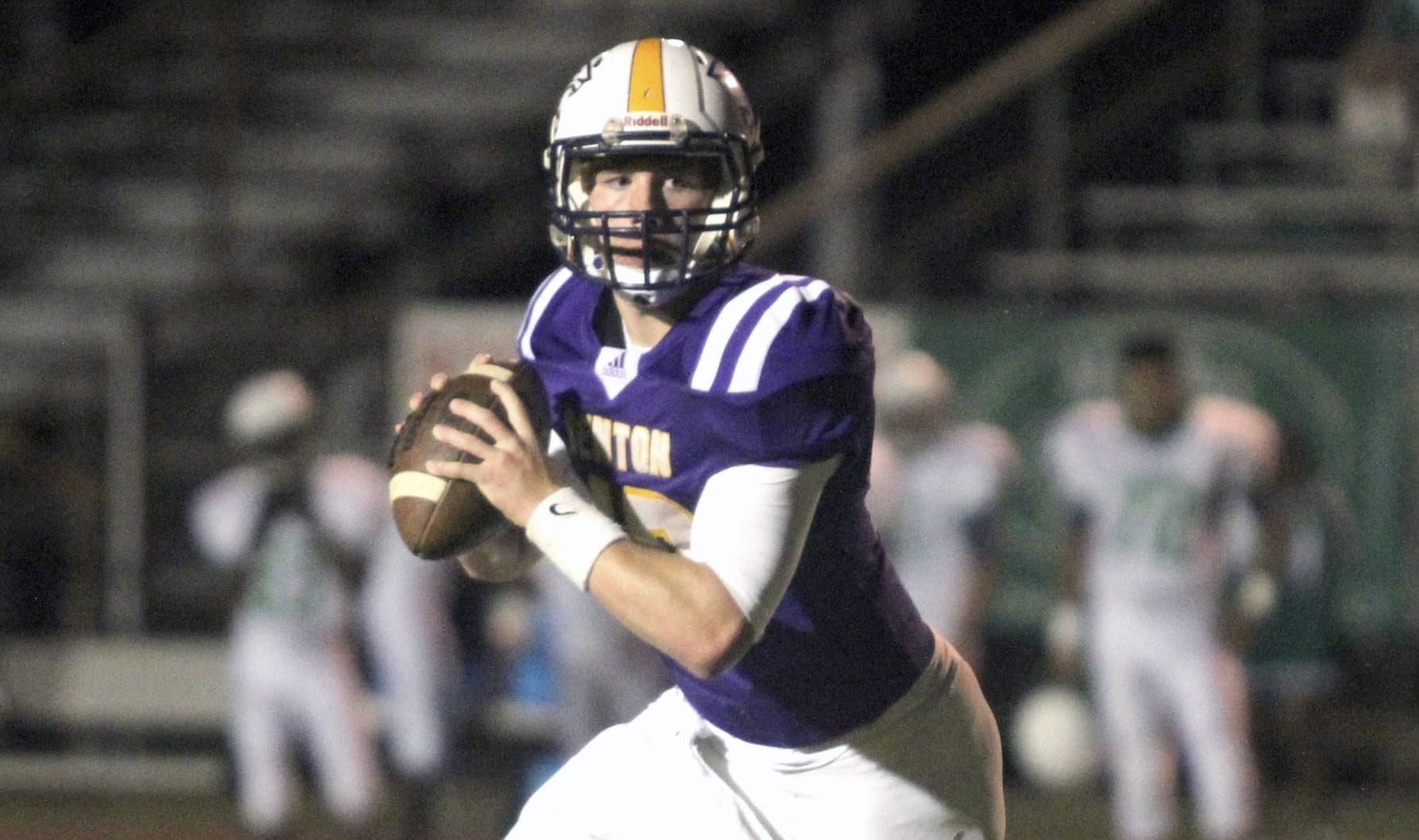 During my 10 seasons covering high school football at The Press-Tribune, I’ve been fortunate to watch some great players at just about every position on the field.

But there truly has been an embarrassment of riches at quarterback.

When I started in 2010, Dak Prescott was beginning his second season as the Haughton Bucs’ starter.

Hayden Hildebrand was in the first of his three-year run as a starter at Airline.

In 2012, Brandon Harris debuted as a junior at Parkway. He was followed by two more big-time players, Keondre Wudtee and Justin Rogers.

Garrett Hable arrived on the scene as a freshman at Benton in 2014, coming off the bench to lead the Tigers to an unlikely comeback victory against Fair Park.

Hable kept the starting job for the rest of his career.

The late Logan Allen also had an outstanding under-the-radar career at Plain Dealing, passing for more than 6,000 yards from 2011-14.

James David Almond had the tough task of following Prescott at Haughton. But he was up to the challenge, leading the Bucs to 16 victories and earning a scholarship to Northwestern State.

Prescott had a hand in 56 touchdowns (39 passing, 17 rushing) in his senior season, leading the Bucs to an undefeated regular season that ended with a 49-41 loss to eventual state champion Franklinton in the 4A quarterfinals on a chilly night at Harold E. Harlan Stadium.

He also was a key player in the battle of the unbeatens when 9-0 Haughton defeated 9-0 Parkway 27-20 before an overflow crowd at Preston Crownover Stadium.

He led the Bucs to the victory playing through a knee injury. Parkway also had an outstanding athlete at quarterback that year in Kolby Copeland.

Prescott has obviously had the most success after high school of the quarterbacks mentioned here.

He broke a slew of school records at Mississippi State and has been the Dallas Cowboys starter since his rookie season in 2016.

After Prescott left, Almond passed for 4,522 yards and 55 touchdowns the next two seasons.

Hildebrand led Airline to a District 1-5A co-championship and the quarterfinals in 2012 before enjoying an outstanding college career.

He passed for 3,129 yards and 29 touchdowns in his final season at Central Arkansas, leading the Bears to a 10-1 record and undefeated SLC championship. He was named the conference’s Football Player of the Year.

He also passed for more than 3,000 yards his junior season.

In 2013, Harris led Parkway to the Class 5A championship game. Parkway was the first parish school to play for a state title in the Superdome, falling to Acadiana 77-41.

One of the top college prospects in the country, Harris signed with LSU where he had mixed results. As a freshman he came off the bench late in the game and almost led the Tigers to a miracle comeback win against a Mississippi State team with Prescott at quarterback.

The next season he started all 12 games, helping LSU go 9-3. After starting the first two games in 2016, he was replaced. He then transferred to North Carolina where he started a few games.

Like Hildebrand, Wudtee was a standout in football and basketball. In 2014 and 2015, he was named the Offensive MVP on the All-Parish team. He had a combined 63 touchdown passes his junior and senior seasons. As a senior, he led the Panthers to a 12-2 record and the 5A semifinals.

Wudtee signed with Oklahoma State. After two seasons with little playing time, he transferred to Northern Arizona where he will be a senior this fall.

Rogers became Parkway’s starter in 2016. He passed for 3,022 yards and 30 touchdowns with just eight interceptions, leading the Panthers to an 11-2 record and the 5A quarterfinals.

He committed to TCU and went into his senior season as one of the top prospects in country. Unfortunately, Rogers suffered a severe leg injury that included a dislocated knee in the season opener.

He continued to recover from the leg injury at TCU while also battling a foot injury. After two seasons where the only game action he saw was one series in the 2018 Cheez-It Bowl, Rogers transferred to UNLV.

He was seeking an eligibility waiver and will have two or three years of eligibility remaining depending on the outcome. When he transferred Rogers told reporters he’s healthy and ready to play.

He threw 94 touchdown passes and ran for 26 in his 37-game career. During his tenure, Hable led Benton to multiple district titles.

Hable didn’t get as much attention from college recruiters as the rest of the quarterbacks mentioned here mainly because of his size.

He hasn’t let that deter him from pursuing a college career. He will be a redshirt sophomore at ULM this fall.

I always enjoyed watching him play and continue to believe he has what it takes to succeed at that level.

Hable was preceded at Benton by Jordan Shaffer, who had an outstanding senior season after Reynolds Moore became head coach in 2013 and opened up the offense.

Some other quarterbacks who deserve mention are Will Haines and Cameron Townsend at Haughton, Jordan Gladney and Jacob James at Airline, Amani and Gabe Larry at Parkway and Samuel Dudley at Bossier.

As for recent quarterbacks, Haughton’s Peyton Stovall stands out. His career will extend into the 2020s as this season will be his third year in a row to lead the Bucs offense.

But Stovall won’t be playing football in college. He has committed to play baseball at Arkansas.

As for naming an All-Decade quarterback, Prescott would likely be at the top of most people’s list based on his high school career and what he’s done after.

Harris would also be a strong candidate based on his individual and team accomplishments.

But if you based it solely on how they played in high school and the numbers they put up starting in 2010, Hable and Hildebrand would also have to be considered.

All I know is that it’s been fun watching all of them play.