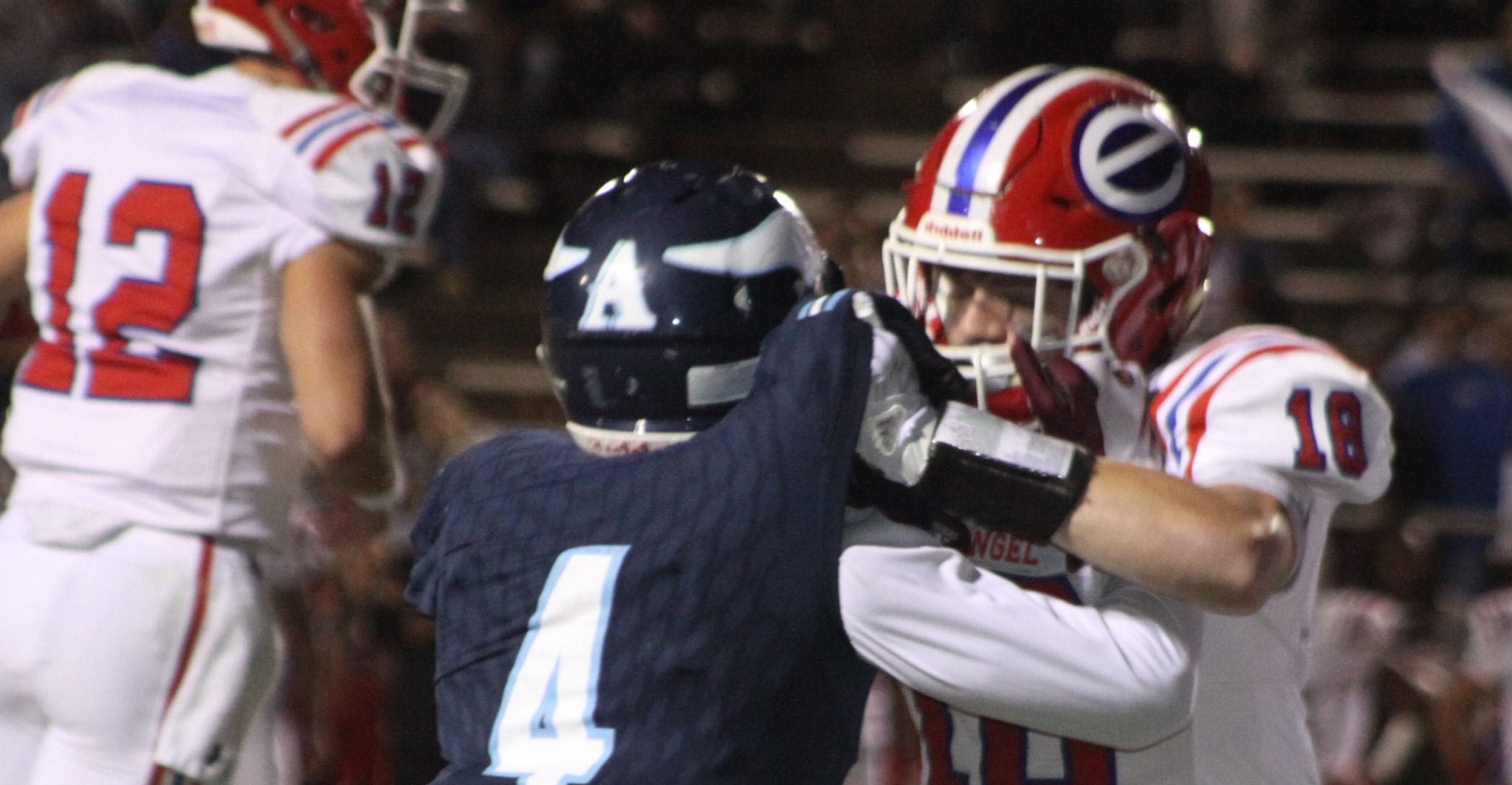 Sometimes the simplest explanation is the best one. Evangel Christian Academy’s 45-7 victory over the Airline Vikings Friday night at Airline Stadium is an example.

Evangel was simply the better football team. And through four district games, the Eagles have proven they are are simply the best team in District 1-5A.

Playing solid defense like they have all season, the Vikings trailed just 3-0 in the first quarter. The field goal was set up by a blocked punt. But early in the second, Evangel’s ArDarius Washington raced 65 yards with an interception and the Eagles led 10-0. Evangel added a couple of more second-quarter TDs and was ahead 24-0 at the half.

The Vikings had to play the second half without quarterback Brad Fream and running back Brian Fielding, who left the game in the first half with injuries.

“They’ve got a very good football team,” Airline coach Bo Meeks said. “And we knew we had to play well to win. And really, defensively, we played our tails off. We just ended up on the field for a lot of snaps because we couldn’t move the ball.”

Meeks was proud of his team’s effort.

“I thought everybody played hard,” he said. “It was 10-0 off a blocked punt and our defense made a couple of great stops to keep it tight. Then we threw a pick six and it went to 10-0 and then they got a couple of scores there in the second. Again, just proud of the way we battled, but we made too many mistakes to beat a football team like that for sure.”

The Vikings’ lone TD came on a pass from backup Hunter Mathewes to Nate Fullilove.