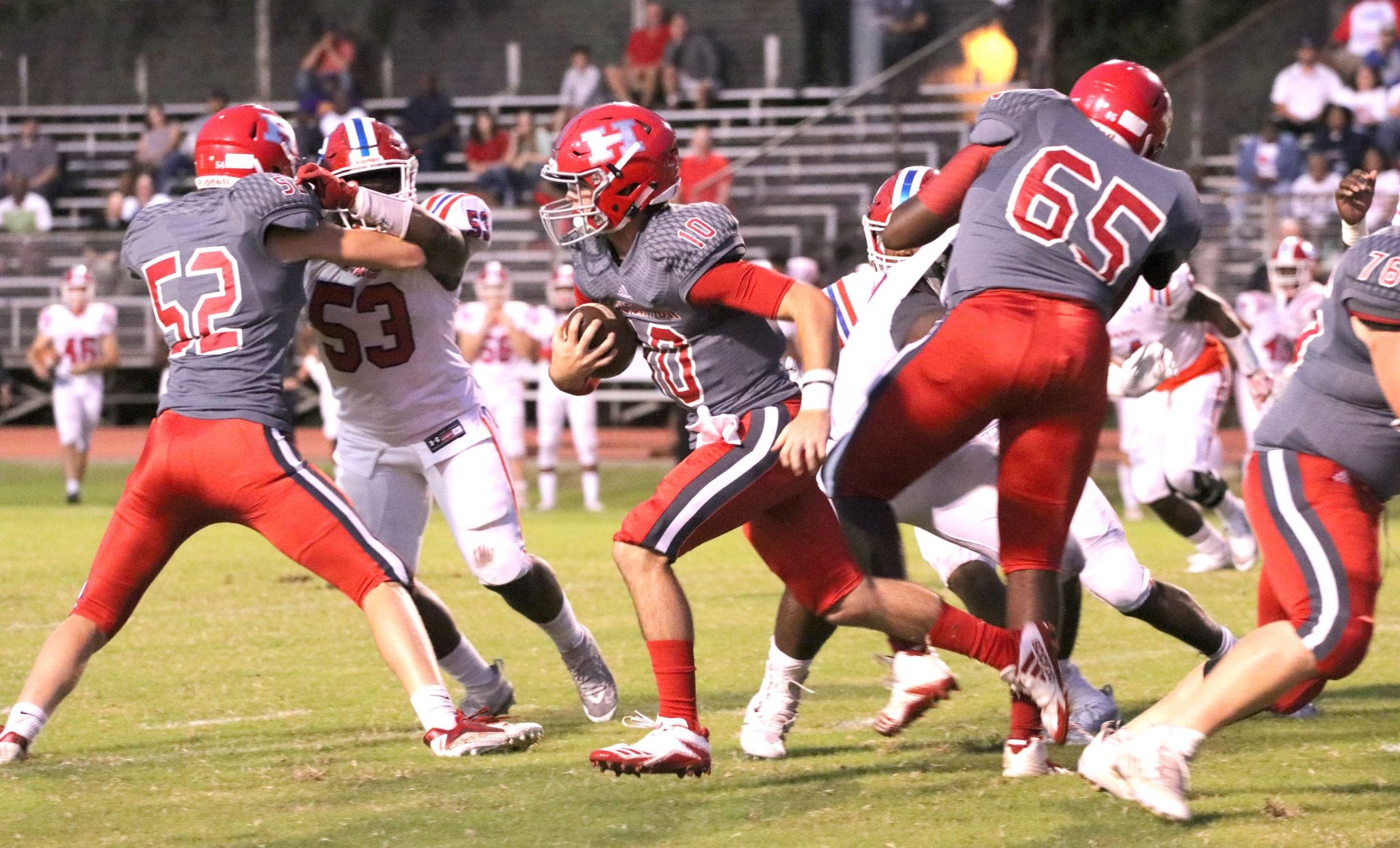 For two and a half quarters Friday night, the Haughton Buccaneers went toe-to-toe with the three-time defending District 1-5A champion Evangel Christian Academy Eagles.

But for the second straight week, the Eagles showed why they’re still the team to beat in the district, pulling away for a 49-19 victory at Harold E. Harlan Field.

Evangel improved to 2-3 overall and 2-0 in district with its second straight victory. Haughton suffered its first loss of the season, dropping to 4-1 and 1-1.

Evangel extended its district winning streak to 14 games. During that span, the Eagles haven’t had a game closer than 28 points. That was against Haughton last season in a 31-3 victory.

In the third quarter, it looked like the Bucs might just be the ones to stop the streak.

Trailing 21-19, the Haughton recovered a fumble. But they were forced to settle for a field-goal attempt which was no good.

Evangel’s Blake Shapen then connected with Jiren Rattler for a 61-yard touchdown, the first of four straight Eagles’ touchdowns.

Like Parkway before them, Haughton had a difficult time stopping Evangel junior running back Tamauge Sloan. According to The Times, Sloan ran for 290 yards on 19 carries and scored four touchdowns, three of which came on runs of 48 yards or more. Sloan sprinted 90 yards for the Eagles’ final TD.

Haughton suffered three turnovers in the first half and all three hurt.

Haughton got on the board early in the second quarter on Peyton Stovall’s 20-yard pass to CJ McWilliams. Carter Jensen booted the PAT and the Bucs trailed 14-7.

Sloan put Evangel on top 21-7 with a 59-yard run. But two touchdowns in the final three minutes of the second quarter gave Haughton a ton of momentum heading into the lockerroom at halftime.

Stovall completed a 27-yard TD pass to Keyshawn Davis and ran 9 yards for a touchdown. The Eagles blocked the PAT after the first TD and a two-point conversion pass failed after the second, leaving Evangel on top 21-19.

Stovall, a sophomore, continued to play well. He completed 24 of 36 passes for 191 yards and the two TDs. Stovall also led the Bucs in rushing with 93 yards on 13 carries.

Davis failed to run for more than 100 yards for the first time this season, but he still had 79 on 19 attempts. With two catches for 29 yards, he kept his streak of more than 100 total yards in every game alive.