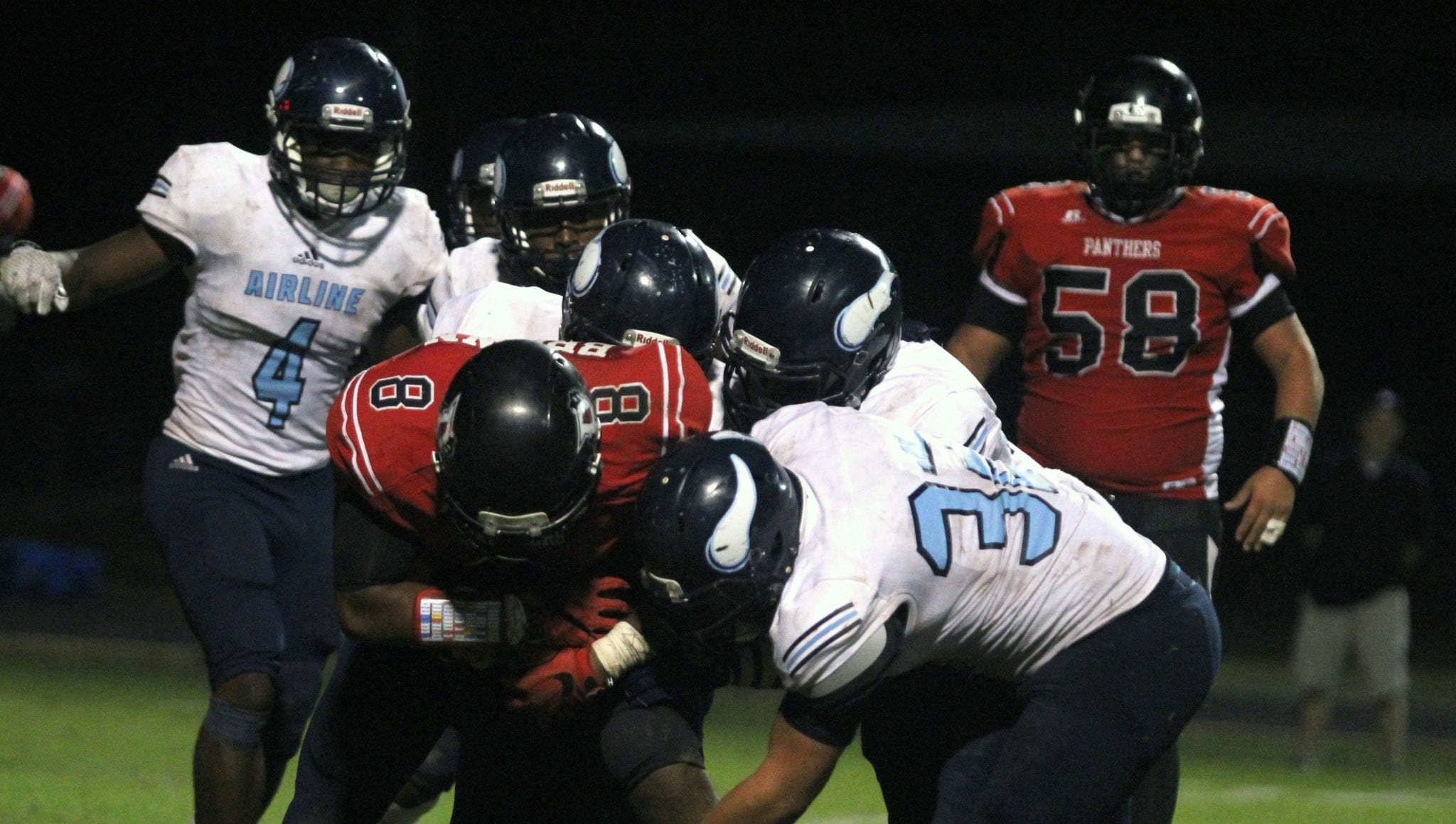 Bossier, which finished 4-6, was No. 35 in the final Class 4A power rankings. The top 32 teams made the playoffs.

The top seeds in each class are Destrehan (Class 5A), Neville (Class 4A), West Feliciana (Class 3A), Many (Class 2A) and Haynesville (Class 1A). All five are undefeated.

Parkway defeated Captain Shreve 49-23 in Week 6. The last time the Panthers and Gators met in the first round of the playoffs was 2013. That year Parkway became the first Bossier Parish school to play for a state championship in the Superdome.

Airline is facing a Sulphur team that shared the District 3 championship with Acadiana and Barbe.

Benton is facing an Ellender squad that finished in a three-way tie for third in District 7 with a 2-3 mark. The Patriots lost to district champion Assumption 44-40 in Week 6.

South Cameron will be traveling about 250 miles to face Plain Dealing. The Tarpons finished fifth in District 4 at 3-4. South Cameron ended a two-game slide with a 54-24 victory over Hamilton Christian in its regular season season finale Friday.