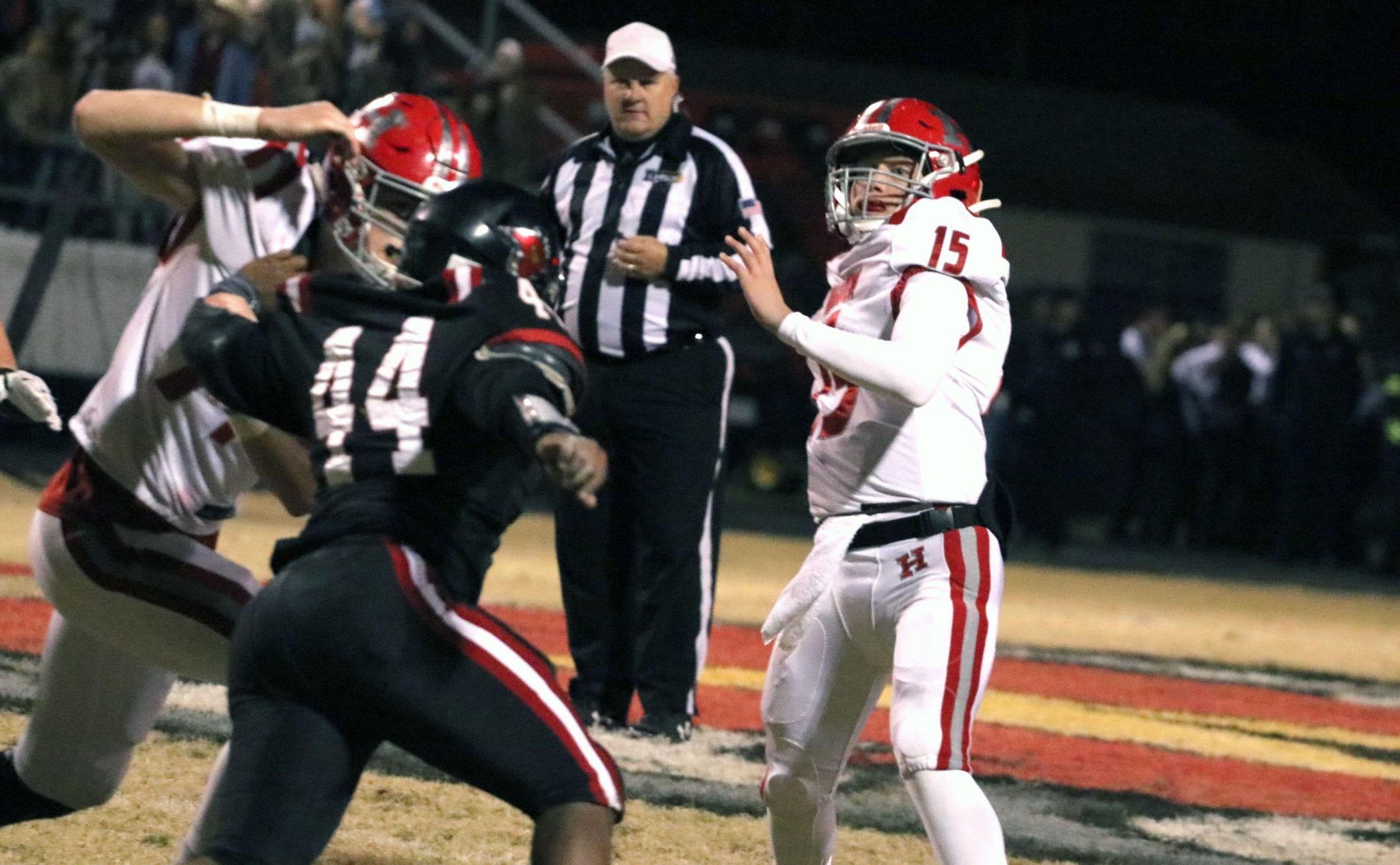 Haughton finished the regular season 8-2. According to louisianasportsline.com, the Bucs are No. 11 in the Class 5A power rankings and will host a first-round playoff game next week.

Their opponent could be No. 22 Ouachita Parish. But that won’t be official until the LHSAA releases final official power rankings and playoff pairings Sunday.

Haughton finished 5-2 in district, one game behind co-champs Airline and Captain Shreve. The Bucs lost to the Vikings and Gators by a combined 10 points.

“We’re pretty close to being 10-0,” Haughton head coach Jason Brotherton said. “We’ll take this deal, though — 8-2. We’ll get a home playoff game. We’re excited about that.”

Parkway finished 4-6 and 2-5. For most of the season, the Panthers were in the top 32 in the power rankings. But they dropped to No. 35 with the loss.

Rains completed 11 of 13 passes for 180 yards with no interceptions.

“He played so good,” Brotherton said. “I was proud of him. He had a great, great week of practice. He paid attention, learned and accepted the coaching.”

Rains played in place of starter Peyton Stovall, who missed his second straight game with an ankle injury suffered in Week 8 against Captain Shreve. The Bucs also played without starting receiver and backup quarterback CJ McWilliams (shoulder injury) for the second week in a row.

“He’s playing well,” Brotherton said. “He’s got poise beyond his years. Physically, he needs to grow but mentally and congnitively he’s way ahead of where we expected him to be.”

Senior Keyshawn Davis led Haughton on the ground with 118 yards on 25 carries. He scored the Bucs’ lone second-half touchdown on a 7-yard run.

Carter Jensen kicked a 25-yard field goal and made all five of his PAT attempts.

“Our ones gave up one score,” he said. “They played like they played all year, tackled well, in position all night. There were a couple of plays on their touchdown drive we were out of position and couldn’t make a play. But for the most part we played good sound defense all night long.”

Parkway has faced some off-the-field challenges that contributed to its slump in the second half of the season.

“They were prepared and played hard,” he said. “They’ll be better days ahead for those guys.”

Parkway’s first touchdown in the first half came after a completion to junior Jalun Reed, who fumbled at the Haughton 7. Senior Gnoble Peterson recovered the ball in the end zone for the score.

Harper hit junior Quincy Jones for a 41-yard touchdown in the fourth quarter.

Sophomore Rontavious Richmond, who played well and shouldered the rushing load in the second half of the season, led the Panthers with 55 yards rushing on 11 carries. Senior Michael Hooker had 28 yards on three carries.

Per Parkway stats, junior Dariusz Patterson and senior Terrance Murray led the defense in tackles. Both were in on 10.

Sophomore Jacob Janezcko and senior Deangelo McCoy were in on eight each. Senior Adam Johnson and junior Trenton Defatta were in on six each.