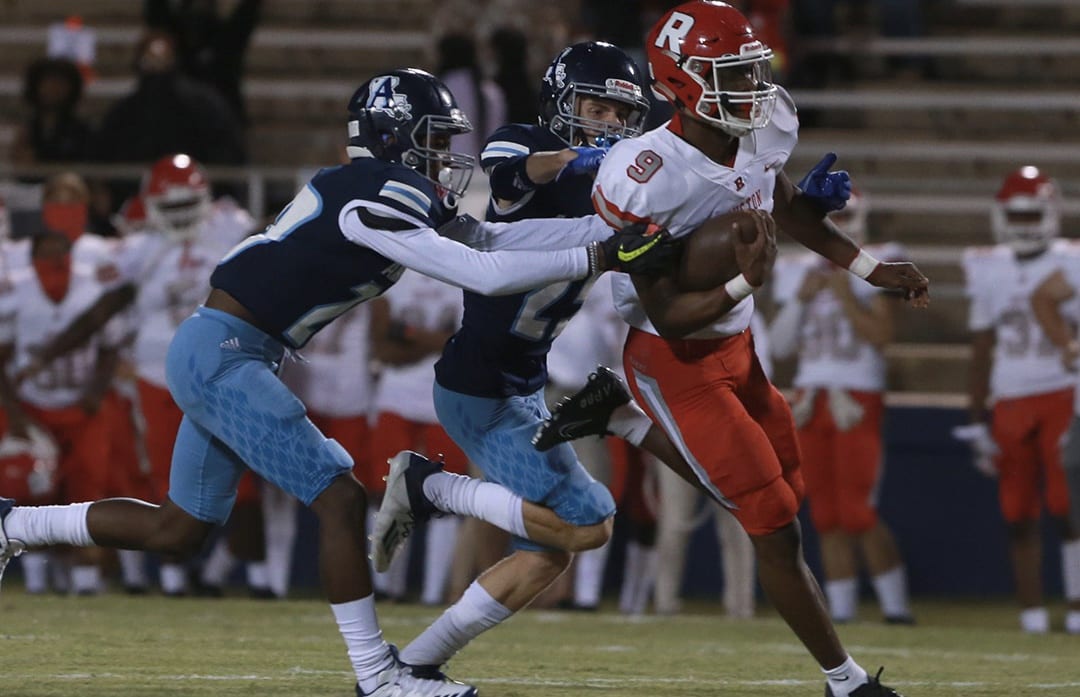 In recent years, the outcome of the Ruston-Airline game has been in doubt going into the fourth quarter. That wasn’t the case in the season opener for both teams Friday night at M.D. Ray Field at. Airline Stadium.

The Bearcats dominated from the start, rolling to a 35-0 lead in the first half en route to a 48-14 victory. It was Ruston’s fifth straight win in the series.

Senior Ke’Travion Hargrove, one of the state’s top running backs, scored three touchdowns on runs of 23, 19 and 71 yards. He gained 157 yards before leaving the game early in the second after suffering an extended injury.

Hargrove was once committed to Louisiana Tech. But he decomitted and has received offers from SEC, Big 10 and ACC schools. Last season, he had about 2,000 yards rushing and receiving.

Hargrove’s 19-yard score came after the Bearcats recovered a fumble on a sack. On his 71-yard score, he shook off three would-be tacklers about 25 yards from the goalline.

Airline’s scored one offensive touchdown just before the half on a 26-yard pass from Alex Garcia to Daxton Chavez. The Vikings’ other TD was courtesy of Cameron Jefferson, who blocked a punt and took it in for the score.

Garcia, the Offensive MVP on the All-Parish team last season, completed 16 of 23 passes for 111 yards. Chavez had four catches with 63 yards.

Jamall Asberry led the Vikings on the ground with 70 yards on eight carries. Rovelle Young had 48 yards on seven carries.

Airline doesn’t have long to wait before getting back on the field. The Vikings open defense of their District 1-5A title against Natchitoches Central on Thursday at Northwestern State’s Turpin Stadium.

The Chiefs lost to Lake Charles Prep 33-13 in their season opener.

Ruston hosts Class 4A power Neville, a 29-7 winner over Lewisville.