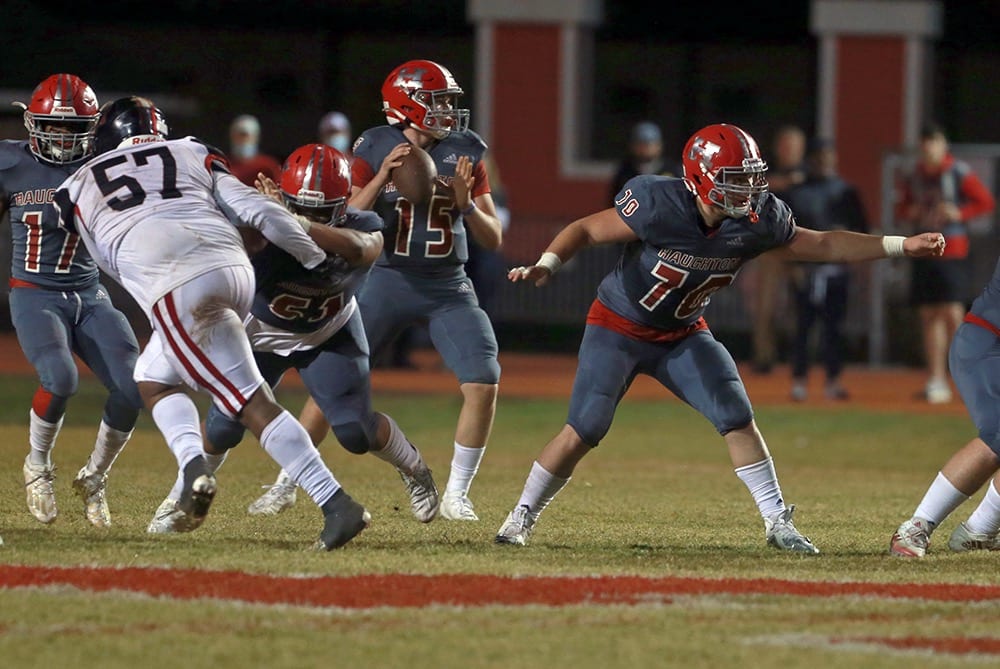 The Haughton Buccaneers and Airline Vikings are the only Bossier Parish teams headed to the playoffs.

The Plain Dealing Lions qualified for the Class 1A playoffs at No. 20 in the final power rankings but will not be able to play. Head coach Christopher Wilson said Saturday he tested positive for  COVID-19 and the entire team is in quarantine.

Benton’s season is not over, though.

Because the regular season was cut from 10 to eight games after starting a month late due to COVID-19 pandemic restrictions, the LHSAA is allowing teams that failed to make the playoffs to schedule one postseason “bowl” game.

According to the LHSAA website, the Tigers are scheduled to visit West Ouachita on Dec. 4.

Haughton, which finished second behind Byrd in District 1-5A, will take a six-game winning streak into the playoffs. The Bucs closed the regular season with a 33-13 victory over Parkway on Friday.

Live Oak, a member of District 4-5A, lost to Central of Baton Rouge 35-3 in its regular-season finale. The Eagles fell to Zachary 39-7 in the first round last year.

Zachary is also a member of District 4-5A. The Broncos have not played since losing to Scotlandville 13-12 on Nov. 7.

Because of COVID-19 issues, Zachary had to cancel its final two regular-season games against Central and Walker.  The Broncos’ Week 2 game against Lake Charles College Prep was canceled.

Airline also has had to cancel two games because of COVID-19 issues. The Vikings fell to Captain Shreve 24-14 in their final regular-season game.

Zachary has enjoyed a lot of success in the playoffs. The Broncos lost to Acadiana 21-14 in the semifinals last year.

In 2017, Zachary defeated Airline 34-24 in the quarterfinals at Airline Stadium.