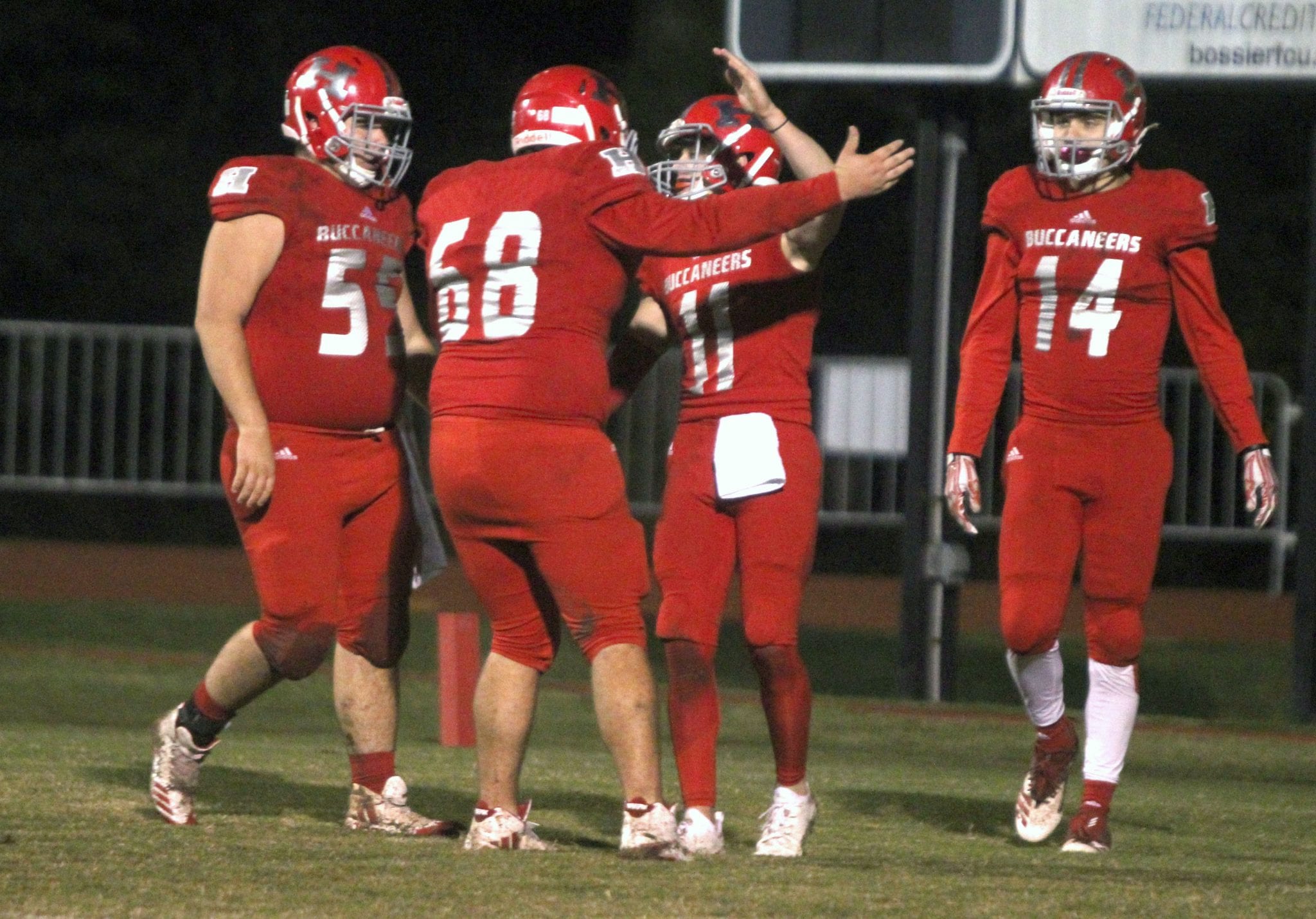 The Haughton Buccaneers are facing a familiar foe Friday night in the second round of the Class 5A state football playoffs.

The No. 13 seed Bucs (9-2) are traveling to Harvey for a 7 o’clock matchup against the fourth-seeded John Ehret Patriots (10-1) at Hoss Memtsas Stadium. It’s the third straight year the teams have faced off in the playoffs.

John Erhet is actually located in the New Orleans suburb of Metairie. Hoss Memtsas Stadium is just east of Marrero in Harvey.

The Bucs, who are leaving early Friday morning, played the Patriots on the road in the first round the last two seasons. John Ehret won 48-27 in 2016 and 46-13 last season.

“Regardless of what’s happened in the past we’ve never played well there,” Haughton coach Jason Brotherton said following his team’s 57-36 victory over Fontainebleau in the first round last week. “I just want to go down there and play well. They may still beat us but if we give them our best effort we’ll have a chance to win.”

Ehret will take a 10-game winning streak into the game. The Patriots’ only loss was to No. 1 seed and undefeated West Monroe 44-20 in the season opener.

Last week, Ehret defeated No. 29 Dutchtown 43-0 in the first round. According to The Times-Picayune/nola.com, the Patriots held the Griffins to 20 yards total offense.

Linebacker Dante Starks, an LSU commitment, leads the defense. The Times-Picayune/nola.com reported Starks tweaked an ankle injury and was walking on crutches after the game. But Ehret coach Marcus Scott told the newspaper/website that Starks should be ready to play Friday.

The Patriots, led by dual-threat quarterback Travis Mumford and running back Damon Leonard, are averaging 33.4 points per game. A UNLV commit, Mumford completed 17 of 20 passes for 233 yards and three TDs against Haughton last year.

Haughton is averaging 38.9 points per game. Last week, the Bucs had 451 yards total offense against Fontainebleau.

Junior quarterback CJ McWilliams accounted for 385 yards (209 passing, 176 rushing). He ran for four touchdowns and passed for three. McWilliams started the season at receiver but moved to quarterback when sophomore starter Peyton Stovall suffered a shoulder injury late in a Week 7 victory over Byrd.

McWilliams will know what to expect against Ehret. Haughton’s No. 2 QB last season, he played against the Patriots after starter Cameron Townsend suffered a concussion in the season finale against Airline.

Junior wide receiver Tristan Sweeney had four catches for 182 yards and three TDs last week. For the season, he has 51 catches for 928 yards and eight touchdowns.

Junior running back Keyshawn Davis, who has been hampered by a late season shoulder injury, has rushed for 1,059 yards and 10 touchdowns. He also has three touchdown receptions.