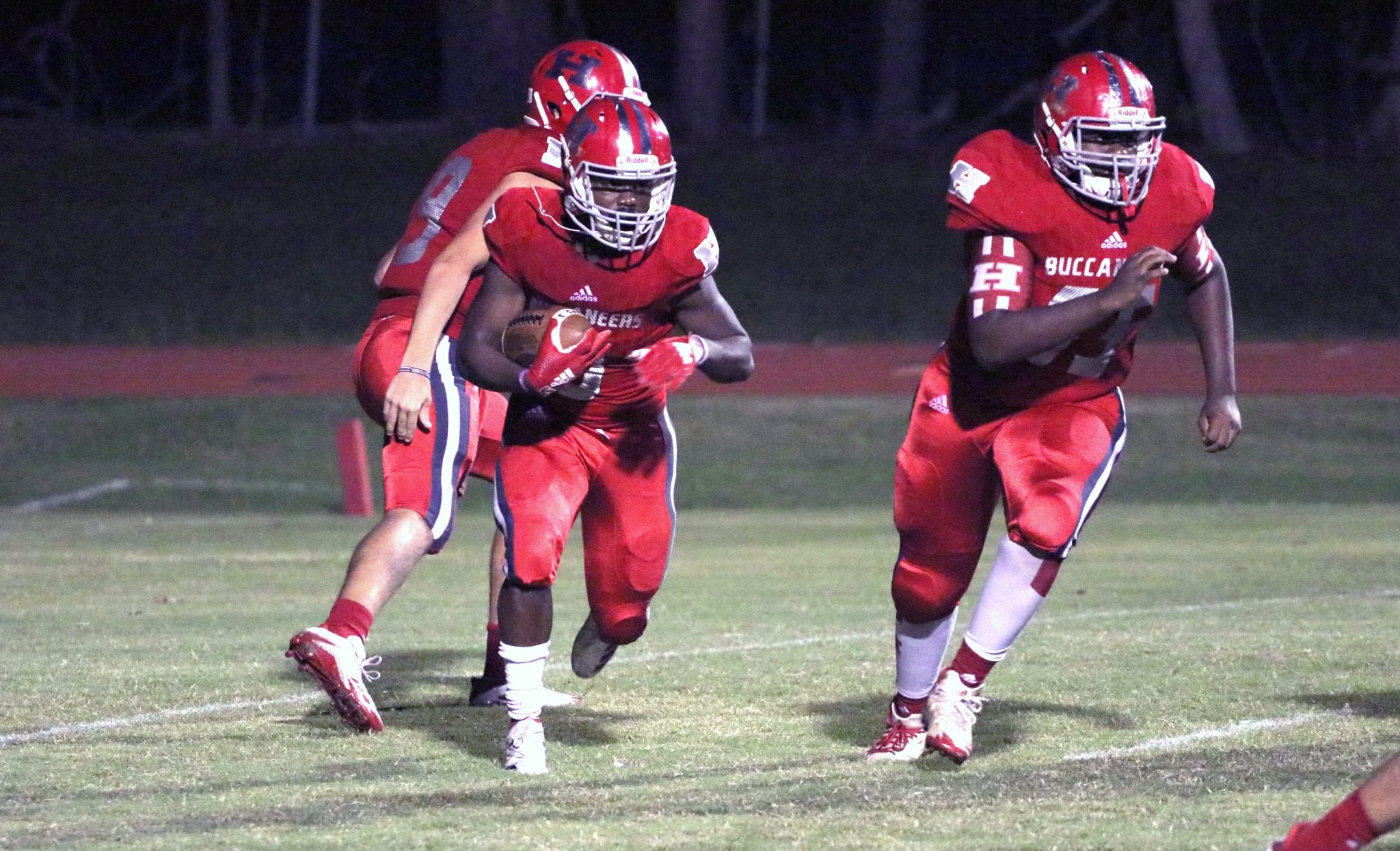 After a bit of a shaky start, the Haughton Buccaneers rolled to a 47-22 District 1-5A victory over the Southwood Cowboys on a homecoming Friday night at Harold E. Harlan Field.

Haughton got an early safety when a Cowboys fumble went out of the back of the end zone. But Southwood scored after an interception return to the 5 and led 6-2 with 5:10 left in the first.

CJ McWilliams then entered the game at quarterback. McWilliams, the Bucs’ No. 2 quarterback last season, has been one of the area’s most productive receivers this season.

McWilliams ran 32 yards for an apparent touchdown but a penalty erased it. The Bucs scored a couple of minutes later on a 5-yard run by Keyshawn Davis.

Haughton then reeled off 25 straight points for a 34-6 halftime lead.

Brotherton attributed the shaky start to a lack of focus because of homecoming and adjusting to playing without Stovall.

He said McWilliams provided a spark.

“We got CJ in and got some run game going,” he said. “He had a couple of big runs. We got a few big plays. That woke us up and got us going.”

Davis, the parish’s leading rusher, also had some big runs. He added two rushing touchdowns of 12 and 29 yards in the first half. Davis, who did not play in the second half, finished with 169 yards on 19 carries.

McWilliams rushed for 80 yards on just six carries and scored on a 4-yard run. He also scored a two-point conversion.

Carter Jensen kicked a 21-yard field goal with 19 seconds left in the first half. He also made four extra-point kicks.

Brotherton was able to give his reserves plenty of playing time in the second half. Sean Hardison (1 yard) and Michael Miller (4 yards) scored rushing TDs.

The Bucs limited the Cowboys to 194 total yards (80 passing, 114 rushing), according to Haughton stats. The Cowboys completed only two passes and Haughton recovered three fumbles.

“The defense played well for the most part,” Brotherton said. “(They) tackled well, forced some turnovers, got a safety on the first drive of the game. They did some good things on defense.”

Brotherton was glad to get a chance to give his reserves playing time and rest his starters. Haughton closes the regular season at parish rivals Parkway and Airline.