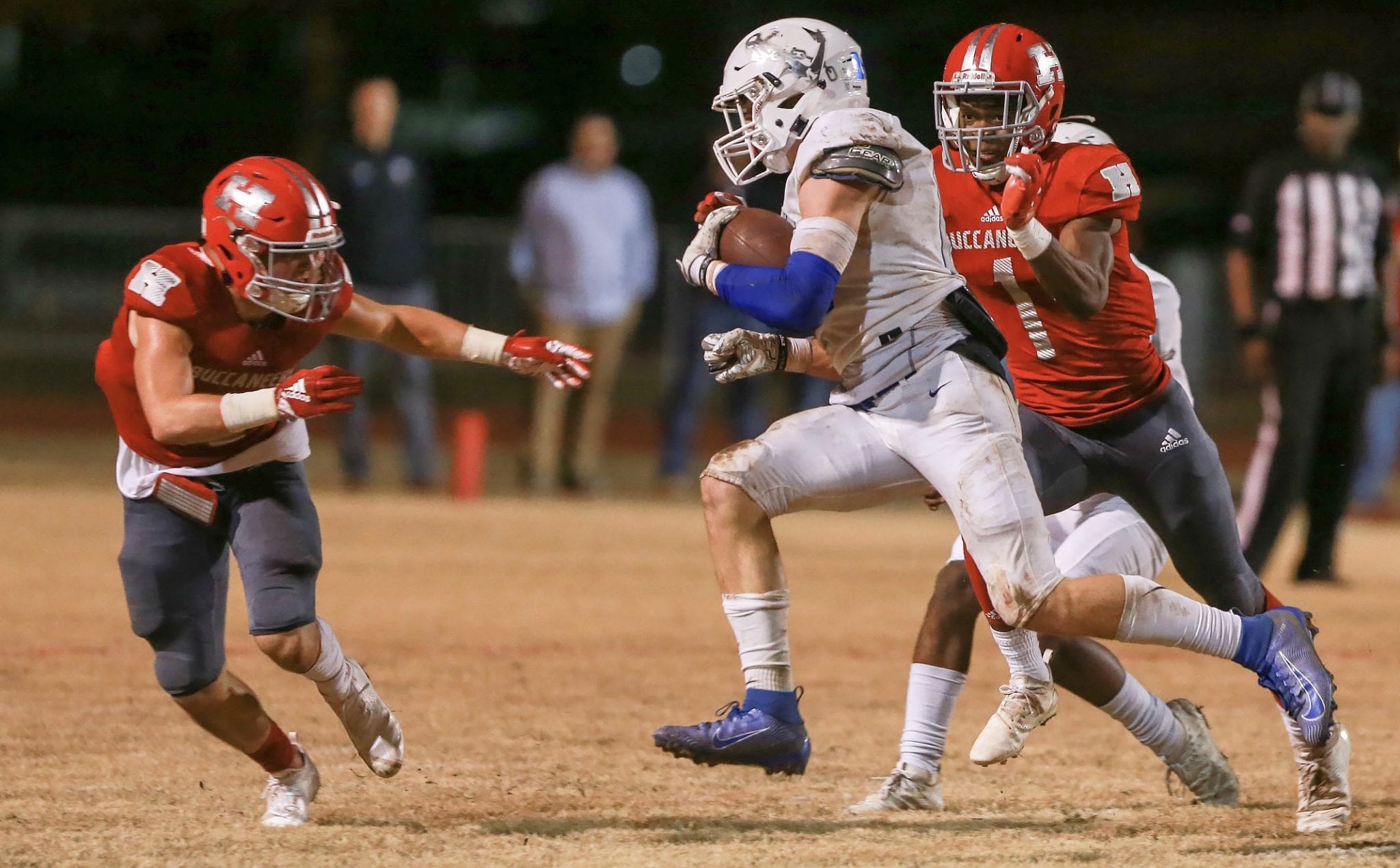 The Haughton Buccaneers will try to take the final step to the Mercedes-Benz Superdome when they face the Destrehan Wildcats in the semifinals of the Class 5A playoffs in Destrehan on Friday night.

Destrehan is riding a six-game winning streak after going through a bit of a midseason slump. After winning their first three games, the Wildcats lost three of four.

Haughton head coach Jason Brotherton said the game “is going to be a big challenge for us.”

“They’re big, physical,” he said. “The running back (Kyle Williams) is going to Alabama. He’s really good. They don’t do a lot of things fancy but they give him the ball a lot. They’re good up front, and have a big, tall — like 6-5 — wide receiver who looks really good.

“Defensively, they play downhill. They fly to the ball. They run well. They tackle well. We’re going to have to play really well.”

Williams had 92 yards rushing and 54 yards receiving against West Monroe.

West Monroe tied the game on a field goal with a little more than two minutes left. Destrehan’s Will Bryant won it with a 27-yard field goal as time expired.

While defeating the Wildcats will be a challenge as Brotherton said, Haughton will go into the game with plenty of confidence.

The Bucs have played well on both sides of the ball in the playoffs.

Senior running back Keyshawn Davis has rushed for more than 100 yards in all three games and has 428 total.

The defense has made key stops and forced turnovers that have resulted in points. Dylan Turner’s interception return for a touchdown against Mandeville and Brian Feaster’s tackle for a safety late in the game against Comeaux are just a couple of the Bucs’ game-changing plays.

Whatever happens Friday night, Brotherton is grateful for the way the Haughton community has rallied around the team.

All three of the team’s meals Friday will be paid for by a group of generous sponsors. And that’s just one example.

“That’s life in a community school,” Brotherton said. “Our community revolves around this school. When good things happen at the school it excites the community. We’re a one-store town, one stoplight town so everywhere you go everybody’s talking about the football team and the football game.

“So that’s fun. That’s fun when it’s like that. People are excited. You get texts and calls from people who graduated years ago. There are a lot of people in town still who went to school here and played here. Everybody is all in with the team right now. We’re just excited that you can represent your community and give them something to be excited about. That’s fun to see.”