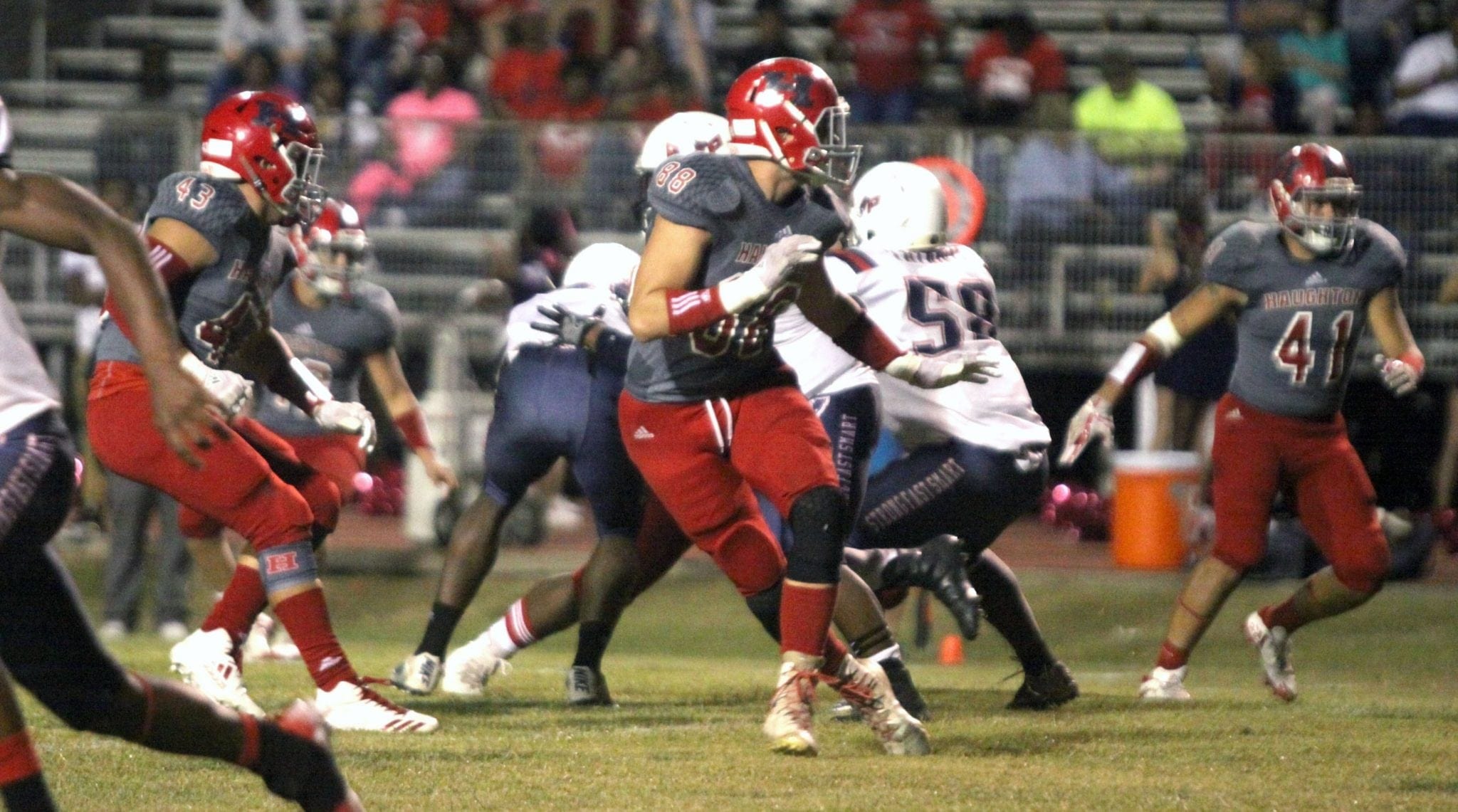 The Haughton Bucs overcame what coach Jason Brotherton called a bit of a “homecoming hangover” in a 46-20 non-district victory over the Franklin Parish Patriots on Friday night at Harold E. Harlan Stadium.

“To be honest with you we didn’t do a whole lot of stuff good early,” Brotherton said.

The Bucs trailed 14-10 with time winding down in the first half. But Cameron Townsend threw three touchdown passes — two to Kynan Hayes and one to C.J. McWilliams — in the final 2:11 to give the Bucs a 30-14 halftime lead.

“We kind of got it going offensively,” Brotherton said. “Overall, offensively we played well.”

Haughton improved to 4-2. Franklin Parish dropped to 1-5 with its fifth straight loss.

“We were just kind of sluggish,” Brotherton said. “Having an opponent our kids don’t know and it was an off week in district, the kids may have overlooked them a little bit. They gave us all we wanted. We kind of settled in late in the second quarter and played a lot better.”

Hayes had his best game of the season, catching six passes for 129 yards. He caught three TD passes covering 28, 41 and 16 yards.

Townsend completed 12 of 17 passes for 215 yards and four touchdowns.

The Bucs also moved the ball on the ground. Lavonta Gipson rushed for 139 yards on 19 carries and scored on a 6-yard run.

Jalob Walker and Harrison Voigt were in on five tackles each. Keyangelo Thomas had an interception.

Besides the slow start, Brotherton was disappointed in the Bucs’ 10 penalties for 95 yards.

“We had a lot of penalties, the unnecessary penalties, the ones you get when you’re playing sloppy,” he said “We’ve got to get back to playing well. It’s almost like we took a step backwards tonight.”

Still, Brotherton will take the win.

“That’s what I told the coaches,” he said “It isn’t a whole lot to be proud of but it still beats losing.”